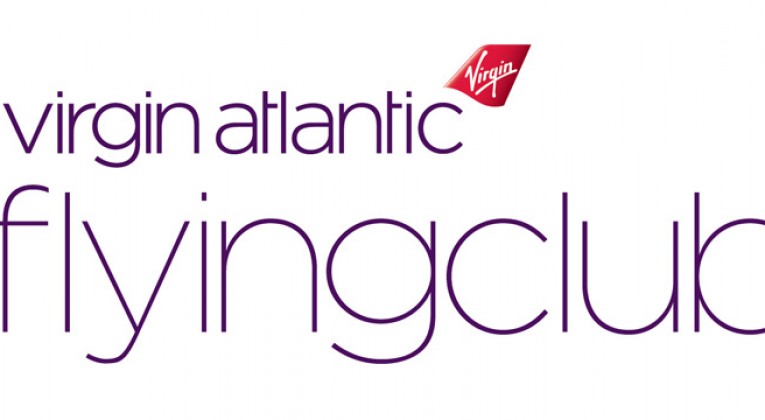 Now that 16 January has come and gone, the new Virgin Atlantic Flying Club reward charts are operational. I won’t go into too much detail – you can read previous posts on the subject – but suffice it to say that Flying Club members are being nudged quite strongly in the direction of rewards for travel in Economy and Premium Economy.

At first glance, this might seem like a pretty good deal. After all, you’re simply spending fewer miles (roughly half) than you would for a regular reward.

But unfortunately it’s not that simple. I used to have the MBNA Black credit card with an annual fee, until I attempted once or twice to use the companion reward during the high-demand summer period. At that point I found out that you needed to book a relatively expensive fare AND find reward availability for the dates you wish to bring your companion along. The marketing department comes close to calling this a 2-for-1 deal, but in fact it was usually cheaper to buy two discounted tickets than one expensive ticket plus the taxes and surcharges on the reward ticket.

But with the reduction in mileage requirements for Economy and Premium Economy rewards, I started to wonder whether the situation might have changed and so I decided to do some math. Before we start, here’s the most important part to remember. In order to qualify for a companion reward, your paid ticket needs to be booked in one of the following fare codes (ordered from most expensive to cheapest):

Forget Upper Class / J. Even your employer’s travel agent is probably going to book you a cheaper semi-flex fare such as C or D. If J is truly all that is available, there’s simply no way you will find reward availability in Upper Class. 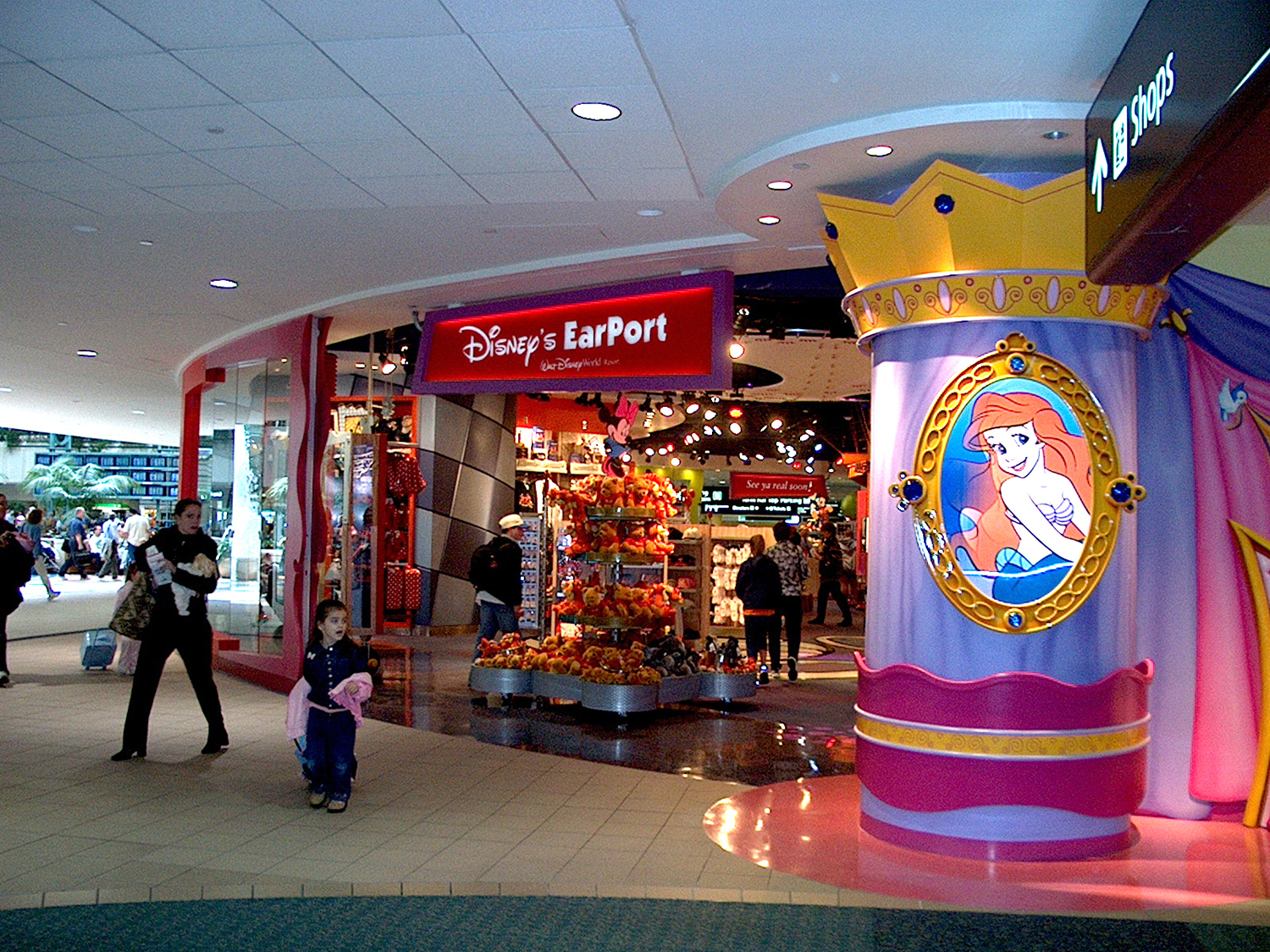 A Look at the Value Proposition of an Economy Companion Reward

For the other two cabins, we can look at the relative costs – starting with Economy – of:

My choice of route is London Gatwick to Orlando, if only because I suspect that there aren’t too many solo travellers going to Disneyworld, nor can most families usually afford to fly in Upper Class.

The cheapest O-code fare I could find from London to Orlando costs £440 in Spring 2017. Your paid ticket will also earn you approximately 4,300 miles with the new, much lower, earning rates for discounted Economy. 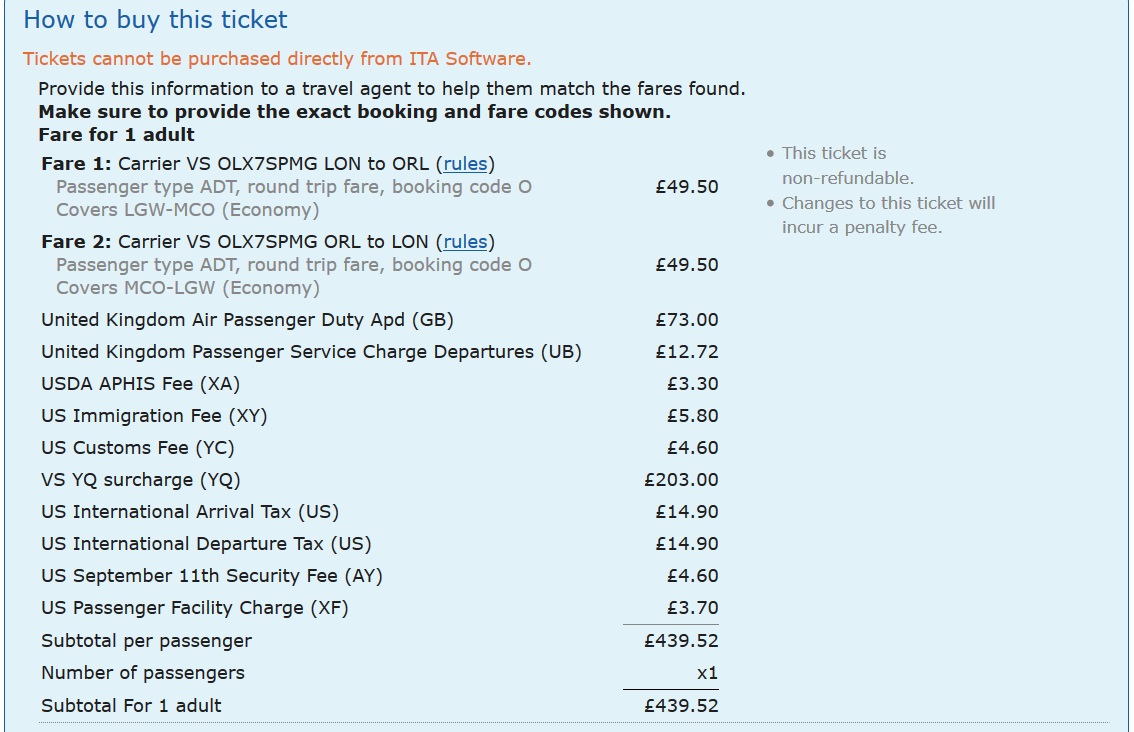 So, the first thing to note is that you are saving £206 by giving up 29,300 miles. This probably isn’t a good deal as you are only receiving 0.7p per mile of value, when most people aim for 1p or higher.

But what about the companion reward? Well, the cheapest X-code fare (the lowest eligible fare) I could find from London to Orlando costs £565, again in the spring. 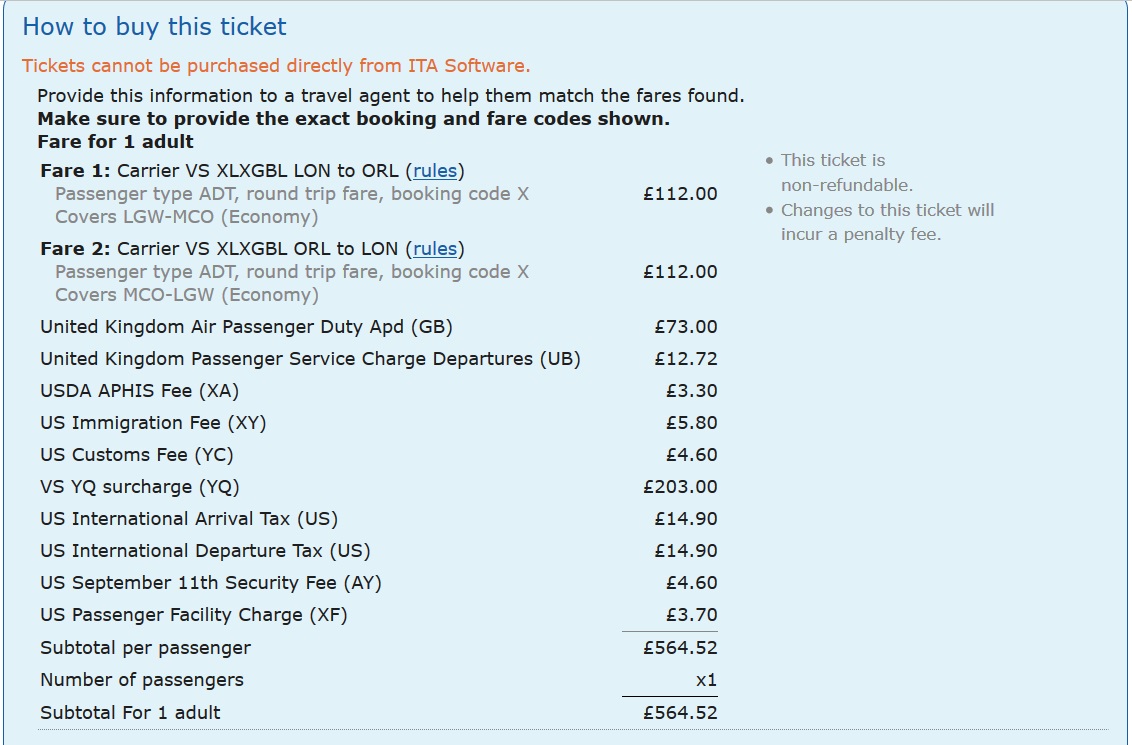 This fare is £125 more than the cheapest possible O-code fare. Add that to the £234 of taxes you spend on the reward, and you end up paying an effective £359 for a “companion reward”. That looks to me like a lot of faffing about to save approx. £80 and, unless you have a credit card voucher, you would also need to hand over 12,400 miles as well as miss out on earning miles…

Of course, perspective is crucial. If your travel dates don’t offer O-code availability, then you might be paying £565+ no matter what. So, what does the situation look like in that scenario (assuming reward availability):

Is there are hard and fast rule? Perhaps not… But it appears to me that you should never go out of your way to book a higher-than-necessary fare code in order to book a companion reward. But if you are miles-poor and your travel dates are fixed, perhaps a companion reward can work for you. 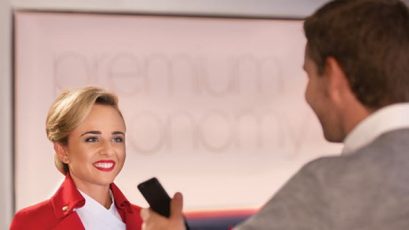 What About Premium Economy?

Again, if I haven’t lost you already we can look at:

A standard off-peak reward in Premium Economy will cost 45,000 miles and £410 in taxes and surcharges.

Since I managed to find a K-code return fare in Premium Economy for £683 in Spring 2017, it takes no more than a glance to see that a standard PE reward is not going to provide us with decent value for our miles.

The H-code fare? £1237! Again, I hope it becomes immediately obvious that:

As I suspected, it remains difficult to find decent value from companion rewards, either with a credit card voucher or spending miles. However, if you are miles-poor and need to travel on certain specific dates, then a companion reward might be exactly what you need to bring down the cost of taking your family away on vacation.