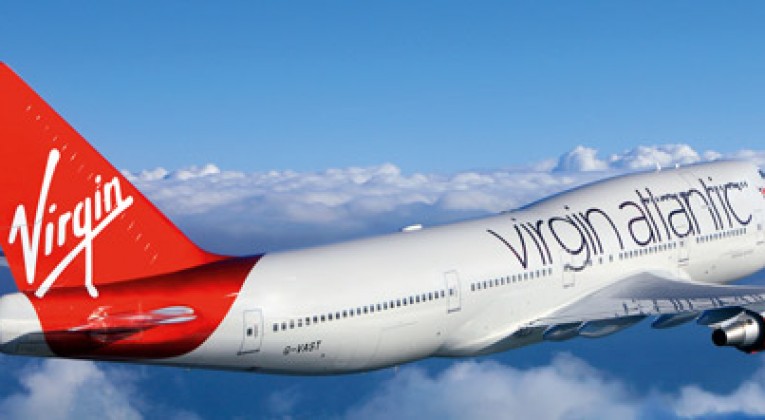 We reported earlier that Virgin Atlantic has made some sweeping changes to its ‘Flying Club’ loyalty programme, effective 13th November.

There are changes to just about every element of the programme, so let’s crunch through them one by one in more detail than we managed to rush out earlier.

The vast majority of people will earn fewer Miles flying Virgin Atlantic from now on, but anyone paying for Flexible Premium Economy or any Upper Class ticket will be better off.

The full earning rates are as follows (percentage of flown miles):

You can see exactly how many Miles you will earn one-way to each destination in each Cabin/Fare Class on pages 2-3 of this document here.

The big change is the introduction of Off-Peak (Standard) and Peak pricing for award flights (starting from 16th January 2017).

Off-Peak is more than two thirds of the year!

Virgin have (rather thoughtfully) produced a properly formatted award chart which saves me a job:

Note that the award prices are for RETURN flights. You can find the old award chart to compare with about half-way down this post here.

This may be controversial, but I think the changes are actually ok (or at least nowhere near as bad as they could have been) when you look at them as a whole and in the context of what other programmes charge these days.

First though, the bad news: Upper Class is going to require more Miles.

Even Off-Peak award prices are higher for most destinations, and Peak prices are increasing by 15,000-35,000 to everywhere, except Delhi which is 5,000 lower. Upper Class to parts of the USA (and Lagos) are particularly badly hit during Peak dates – increasing by nearly 45%

There’s no way to sugar-coat that, it’s a very large increase. That said, although 115,000 Miles Return to East Coast USA is one of the worst increases –it’s still less than the 120,000 Avios that BA charge on Peak dates.

‘Not being quite as bad as BA’ would probably be a fairly sensible motto for Virgin Atlantic from a commercial perspective, but it wouldn’t be terribly inspiring. Fortunately, the rest of the redemption changes are broadly positive.

Peak dates to some destinations are a little higher in Economy, but some are a little lower so it broadly averages out.

The prices for Off-Peak dates in Economy though are fantastic. Delhi or the Caribbean for instance now require less than half the Miles they did – 20,000 Return rather than 42,500/45,000. All destinations cost substantially less, in most cases around half the previous amount.

One-way between London and Delhi, Hong Kong, Johannesburg or Shanghai for just 12,500 Miles is a lot cheaper than any other award chart I know.

Premium Economy Off-Peak prices are similarly improved, with destinations in the Caribbean, and Delhi, requiring just 35,000 Miles Return compared to 70,000 at the moment. Even Peak prices are generally lower, with just a few destinations requiring 5,000 more Miles than the current Return price.

The Tier Points system is changing and existing Points will be multiplied by 25 to fit the new system.

Tier Points are based solely on Cabin/Fare Class, not distance of flight – a flight to New York will earn you the same Tier Points as a flight to Hong Kong, despite Hong Kong being nearly twice the distance.

The table below shows Tier Points earned per One-way so obviously just double the figures for a Return.

As you can see, the winners from the changes are people who fly Upper Class in J,C, D, or I fare buckets. They will be able to get Silver from just one Return flight (400 Tier Points) and Gold from two and a half (1,000 Tier Points), whereas under the old system it took a little more.

The losers are everyone else. Lowest Upper Class (fare bucket I) tickets used to get you Gold in four Return flights – now it takes five. Lowest Economy used to be able to get Gold status with ten Return flights and now it will take twenty – that’s double!

Status is also worth less than it used to be, with the status bonus on Miles earned from flying being cut from 50% of flown miles for Silver and 100% for Gold, to 30% for Silver and 60% for Gold. 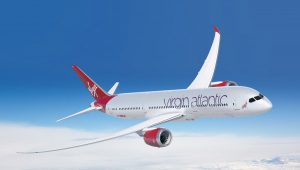 Upgrades: Upgrades now costs 50% of the Miles of a reward seat for a one cabin upgrade and 75% of the cost of a reward seat for a two cabin upgrade. This means that the cost of some upgrades are going down and some are going up, and that the amount required for a particular destination depends on whether you are travelling during Peak or Off-Peak dates.

Gold members will be able to pool family miles together in a Household Account.

You now keep the same membership number for life rather than it changing when you move tiers.

It will still be possible to transfer Flying Club Miles to Hilton and IHG at the same rates as before.

The changes to Miles earning rates and status are bad, unless you’re lucky enough to have a boss who let’s you travel on flexible Upper Class tickets.

The changes on the redemption side are more nuanced.

More Miles required for Upper Class is definitely bad, but Virgin were always going to make changes, and even the Peak prices still aren’t as high as BA.

Off-Peak Economy and Premium Economy are potentially absolute bargains now. Off-Peak dates are more than two thirds of the year (including quite a lot of expensive travel times), so even when you factor in the significant taxes/surcharges that Virgin charge, Flying Club Miles could save you a lot of money.

What do you think about the changes?