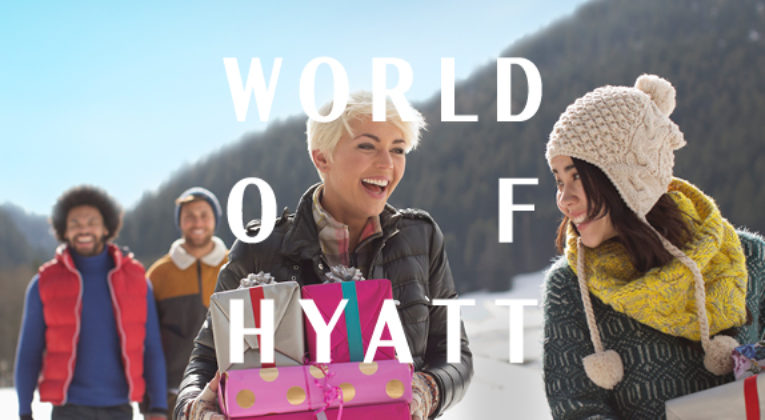 When Hyatt Gold Passport became “World of Hyatt” earlier this year, I expected that Hyatt management would want to ensure its success by running lucrative promotions. Instead we received almost nothing… just a double point promotion than ran from April through June.

So consider me shocked that World of Hyatt has announced another promotion, but one that will only run for the month and a half remaining in 2017 – from 15 November until 31 December, 2017 to be precise.

I can understand a short period for a lucrative promotion – perhaps involving free nights – but no… the promo simply offers double points. 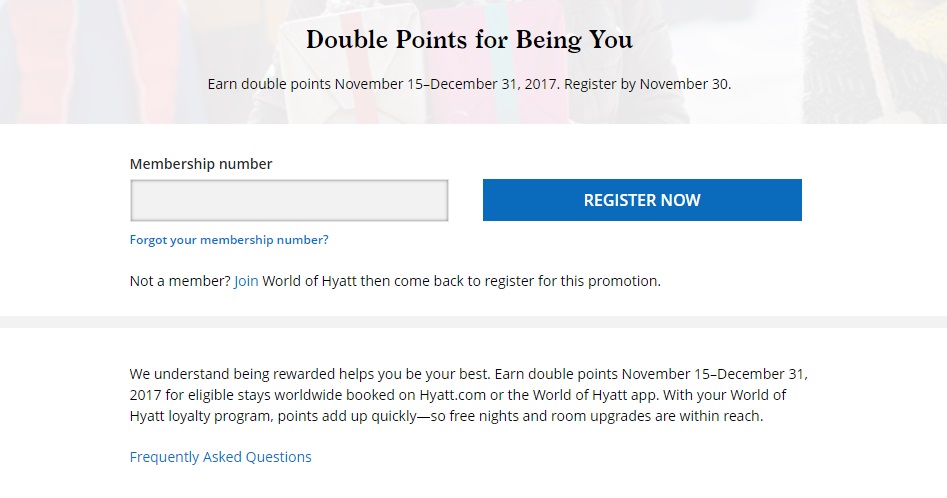 Not only has a boring promotion been sprung on us with no notice, but you must register before 30 November in order to participate!
Click here to jump to the promotion / registration page.

What this promotion does do, however, is give a slight bump in rebate to those of us who have been waiting to finish off the 60 nights required for Globalist status – as I wrote earlier this autumn explaining how the elite qualification system dis-incentivised stays with the Hyatt chain. So I certainly don’t mind receiving a little bit extra for the few nights I was going to do regardless.

As always, you should register for the promotion before you forget, just in case a Hyatt stays pops up unexpectedly on short notice.