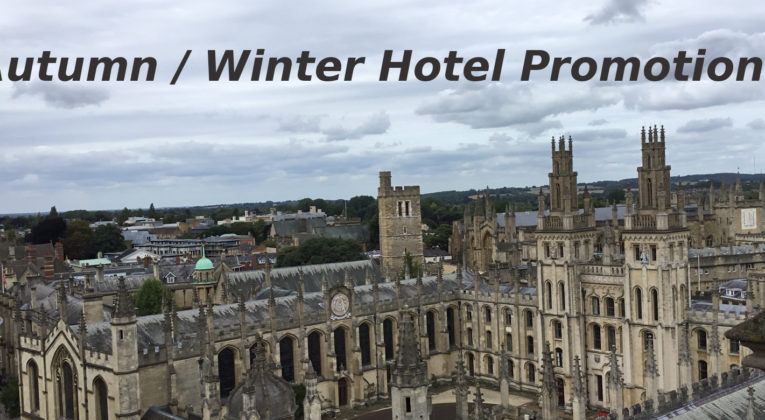 It may not feel it, but in Hotel promotion terms, Summer is almost over… That means it’s the time when chains start announcing their promotions for the Autumn / Winter period, to try to tempt you to bring additional stays their way. But what does the season of falling leaves have in terms of bonus points?

First to announce was IHG, InterContinental Hotels Group, covering hotels like Holiday Inn, Crowne Plaza, Hotel Indigo and InterContinental. They have brought back the often-popular Accelerate Promotion for another season. This delivers personalised targets, based somewhat on your stays earlier this year. You ought to be able to get at least one nice free night if your targets are easy, and at least a cheap free night off just the easiest targets you have!

Accelerate Autumn/Winter 2017 will run from September 1st to December 31st 2017. To find out more, check your personal targets, and to sign up, see our post on IHG’s Autumn/Winter Accelerate promotion

Hilton are next, with their largely “plain and simple” offer. Their offering is called Double Up, and for most people does just what it says on the tin – Double Points on every stay from September 1 through December 31, 2017. In addition, Hilton Honors Diamond members will have a personal bonus target too, offering extra points, generally “every 10 nights get 10,000 bonus points”.

Double Hilton Honors points won’t set the world alight, but it’s simple too! If you have easy IHG Accelerate targets, going with IHG may work out better. Otherwise, the simplicity of double points is attractive, especially if they launch some more Airline promotions like they did over the summer. For more information, and to sign up, see our post on Double Up here.

Marriott haven’t yet announced their promotion, but they have released a teaser! Once more they’re bringing back the trust MegaBonus scheme. More details and registration should be available on the 7th of September. For now, plan on at least two Marriott stays before the end of the year to take advantage!

Starwood Preferred Guest (Sheraton / W / Le Meridien / Westin) continues to live on as an independent loyalty program, as the SPG + Marriott merger integration continues to drag on… We don’t yet know what SPG will be offering, but there’s a good chance it’ll either be a near-clone of Marriott’s MegaBonus, or another Double / Triple points promo. Expect more details in early September.

Accor (Sofitel / Novotel / Mercure / ibis) haven’t dropped any hints yet, sorry. There’s bound to be something, but generally the Accor promotions have restrictions on both booking and staying within the right period. So, if you don’t need to, probably hold off booking until they make up their minds…

Club Carlson (Radisson Blu / Park Inn / Park Plaza) have their Stay Twice, get a Free Friday promotion running until the 6th October. We probably won’t get anything else until October time, but for now, have a read on the promotion, how to sign up, and how to take full advantage of it!

Are there any other promotions we’ve missed? If so, please let us know in the comments below! Otherwise, we’ll aim to update this post over the coming weeks, as the remaining chains (hopefully!) announce their promotions too.