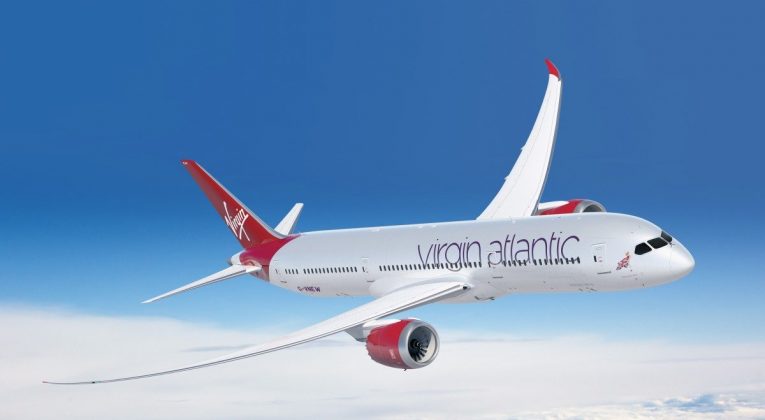 Many miles collectors have no reason to doubt that one of the better uses of miles is to upgrade a paid ticket to Business Class. Upgrading Using Avios – usually from Premium Economy to Club World – is certainly attractive with Avios / British Airways Executive Club.

Virgin Atlantic Flying Club, on the other hand, allows its members to upgrade both Economy and Premium Economy paid fares to Upper Class. At first glance, this seems like a potential lottery winner – pay for a cheap Economy fare and fly in Upper Class! But is it really worth it? Let’s look at what is involved in upgrading to Upper Class using Flying Club miles.

In order to upgrade a Virgin Atlantic flight using miles, you must do the following:

Most people use ITA Matrix for complex fare class searches, but the much-maligned Virgin Atlantic website actually also allows you to search for specific fare classes. 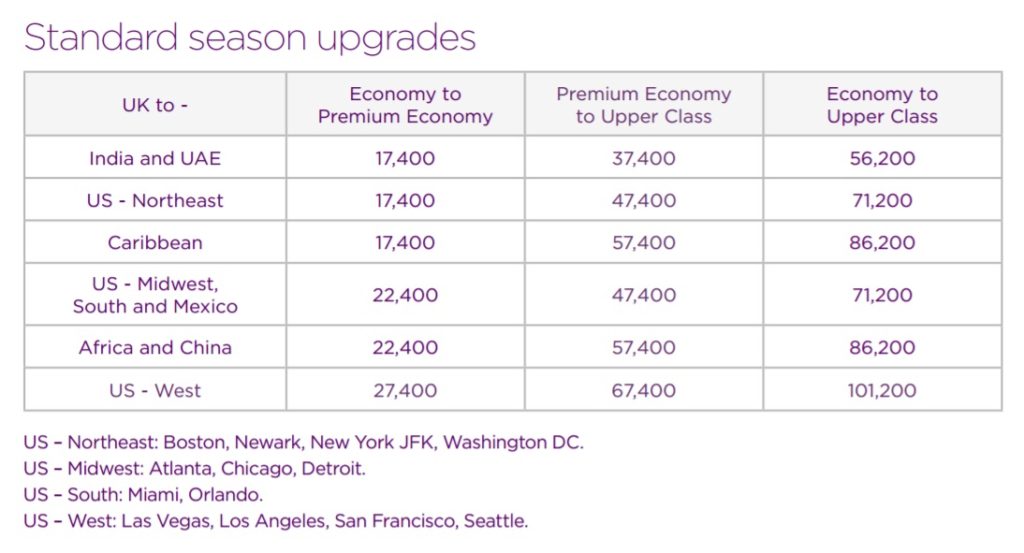 Calculating the Value of Upgrading vs. a Standard Upper Class reward

First of all, I’m not going to play the usual blogger trick of comparing a reward seat with the retail price of an Upper Class ticket – since few of us would ever pay for Upper Class straight up. Instead I’m going to assume that you have enough miles to book an Upper Class reward (return) but are wondering whether an Upgrade is a better way to use/conserve those miles.

So, let’s look at a simple London to New York return itinerary, a route chosen because I don’t want to waste hours trying to find a return reward in Upper Class to somewhere else with many fewer daily flights! I will also stick with standard off-peak season, although the principle is going to be the same during peak season.

An Upper Class return reward from London to New York is going to cost 95,000 miles.

So, the net cost in miles to book a standard reward instead of an upgrade is 27,300 miles.

On the cash side, you will need to pay £522.47 in taxes and surcharges for an Upper Class return reward.

The cheapest X-class economy return fare for London to New York appears to be £731.07.

And, finally, in order to upgrade you would need to pay the difference between those £522.47 for an UC reward and the taxes and surcharges on a return reward in Economy (£260.47). The extra you must pay Flying Club for the upgrade is therefore £262. 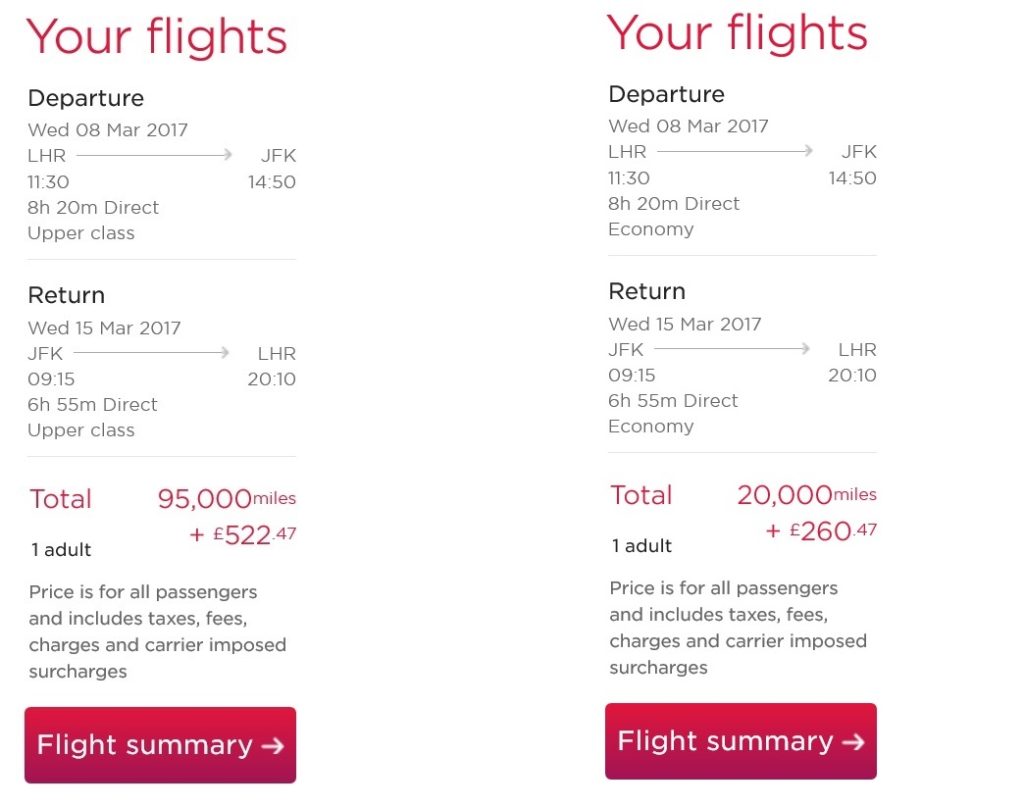 Perhaps other routes have a lower X-class fare, but the fact that an upgrade from Economy to Upper Class costs 75% of the miles of a straightforward UC reward (+ higher APD and surcharge) probably offers a simple sign that the value of upgrading just might not be there for a travel hacker.

When I wrote about companion rewards, I found that the H-class fares (the cheapest eligible for upgrade or companion rewards) can be quite a bit more expensive than the lowest Premium Economy K-class fares. Nonetheless, let’s repeat the methodology for PE and see what we come up with.

An Upper Class return reward from London to New York is still going to cost 95,000 miles.

So, the net cost in miles to book a standard reward instead of an upgrade is 54,500 miles.

On the cash side, you will need to pay £522.47 in taxes and surcharges for an Upper Class return reward.

The cheapest H-class premium economy return fare for London to New York is £1,174.07.

Other Things to Consider

Of course, boiling the transaction down to a simple “cost to save miles” doesn’t necessarily tell the full story. There can be both positives and negatives to rewards versus upgrades.

The main advantage I see of a full reward is the refundable nature of a reward ticket. If you should need to cancel a reward booking, you can do so by paying a modest cancellation fee. With an upgrade, you certainly will receive a refund of your miles and any extra cash paid (minus cancellation fee), but your underlying ticket will still suffer its original fare rules. So the majority of that money will be lost should your plans change.

Booking a straightforward reward is also less of a hassle (despite the best efforts of the new website to make it so). Upgrading requires some research into the cheapest upgrade-able fares as well as finding the reward space in Upper Class, then a phone call to Flying Club.

The upgrade side also has some advantages that are worthy of considering.

Nonetheless, the difference between Flying Club upgrades and Avios Upgrades is the eligibility of the cheapest Premium Economy fares. Since Flying Club has a more restrictive policy, it can be harder to find value from upgrading your paid tickets using Virgin Atlantic miles. But that shouldn’t stop you from doing some math the next time you are contemplating whether to book an Upper Class reward or whether to buy a ticket and upgrade it.