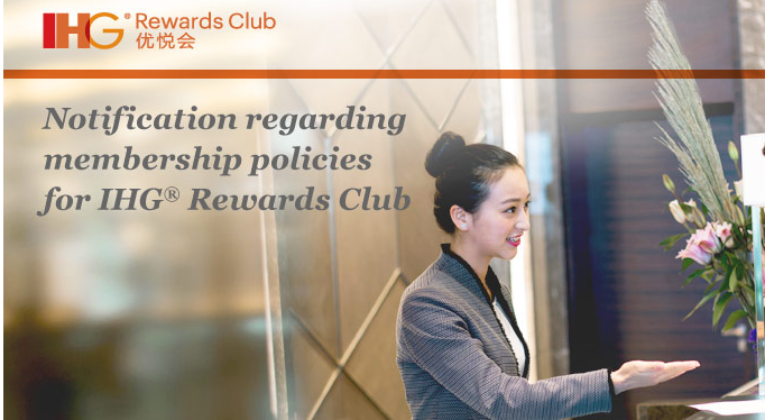 I say ‘just announced’, though actually it seems like IHG has been attempting to make this announcement for months now, but somehow kept forgetting what it was that it actually wanted to say.

Following the original puzzling email back in November that took the time to inform members of changes that weren’t actually  changes at all, there has been a number of further emails ‘clarifying’ the situation, which all essentially told us nothing new.

Now though, we finally have some real news!

Unfortunately, it’s bad news – although perhaps not hugely significant in the grand scheme of things. From 1st January:

I think you’ll agree that the changes were definitely worth months of build-up, and are certainly “improvements”.

I have a bit of a love/hate relationship with IHG. The Points earning and burning side of things is really good, they have hotels pretty much everywhere (with multiple price points), and I enjoy the vast majority of my stays.

On the other hand, customer service from Rewards Club itself is comically inconsistent – it ranges from genuinely brilliant to unbelievably bad. Whoever they have got running PR at the moment is definitely at the unbelievably bad end of that spectrum…