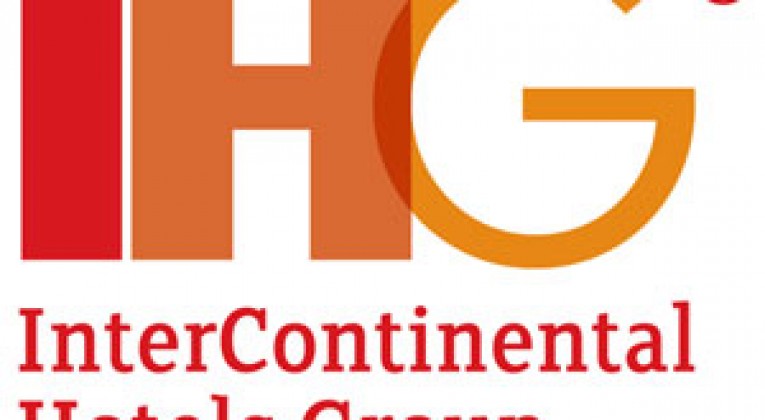 IHG Rewards Club is seen by some in the ‘travel blogosphere’ as a bit of an ugly duckling, at least compared to more ‘glamorous’ loyalty programmes like Hyatt Gold Passport and Starwood Preferred Guest.

Some of the criticism is definitely fair – defined benefits in particular are weak, even for members with top-tier status.

That said, and perhaps I’ve just been fortunate, but I’m almost always treated very well despite my lowly ‘Gold’ status (including regular upgrades) and it’s worth pointing out that this was the case long before I started writing for InsideFlyer. Either way, I’ve always had a bit of a soft spot for IHG Rewards Club.

One thing that does puzzle me a bit sometimes though are the emails IHG frequently sends out, which often seem entirely pointless. This morning’s effort struck me as being particularly redundant, even by IHG‘s high standards: 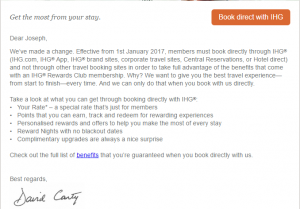 Someone please correct me if I’m wrong, but hasn’t it been the case for a long time now that (officially at least), you’ve had to book direct to earn Points and receive membership/status benefits anyway?

I genuinely don’t understand what the change here is supposed to be.

I wouldn’t normally bother posting about something that I think is a ‘non-change’, but last night ended up being a bit of a late one, and I’m half-thinking that I must be missing something?