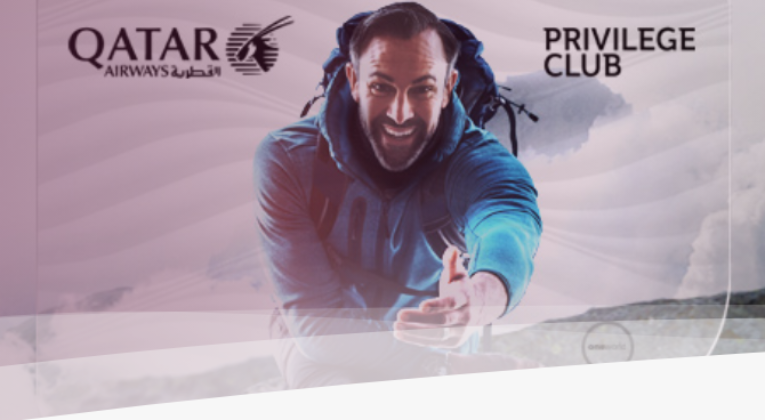 Some of us were “shocked”. Others were merely “surprised” by Tuesday’s announcement that Qatar Airways Privilege Club would be joining the Avios eco-system. 😉

It is very easy for Iberia, Aer Lingus, Vueling and of course British Airways to share Avios (and to allow you to combine your Avios freely between them); they are all owned by International Airlines Group. But Qatar Airways is a completely separate entity, despite its 25.1% ownership of IAG. So, whenever you eventually “combine your Avios” between Qatar Airways Privilege Club and an IAG loyalty programme, there will surely be compensation going back and forth.

A Brief Summary of How Frequent Flyer Partnerships Work

One of the major advantages of airline alliances/partnerships is that you can fly on one airline, but earn miles with a different airline’s loyalty programme. For example, many InsideFlyer UK readers have flown on Qatar Airways but credited their flight(s) to British Airways Executive Club. At the same time, airline alliances allow you to redeem your miles on award travel with a partner airline. Again, most InsideFlyer UK readers will have booked award travel on a partner airline before.

Of course, airlines aren’t constantly sending money back and forth as loyalty programme members make individual transactions. At regular intervals, the airlines do the sums and net off the total amounts owed to each other. The objective is to end up with minimal net effect.

A partnership doesn’t really work when the relationship gets out of balance. Think Avianca LifeMiles… where nobody I know credits Lufthansa flights to LifeMiles, but some will happily buy LifeMiles to redeem for Lufthansa First Class rewards.  This helps explain why once in awhile LifeMiles cannot access certain partner award inventory.

It can be dangerous to assume that everybody shares the same opinion or knowledge. But for anybody based in Europe, why would you credit your Qatar Airways flights to Privilege Club?  Some might… especially those who don’t understand airline alliances and simply sign up for the programme of the airline they are flying next. But most Europeans would hopefully recognise that you can simply credit your Qatar Airways flights to British Airways Executive Club.  (or Iberia Plus or Finnair Plus…)  Not only would you earn Avios – easier to understand and use – but any Business Class traveller should know how useful those Tier Points can be for earning elite status.

In 2018, Qatar Airways Privilege Club made a major devaluation of its award chart. This devaluation was essentially reversed in 2020. Privilege Club doesn’t publish an award chart, however. You must use the unwieldy QCalculator to figure out how many QMiles you require for each city pair.

But taking my Paris to Doha to Seychelles example from above, you would only require 65,000 QMiles for a one-way trip in Business Class. With no surcharges to be added… 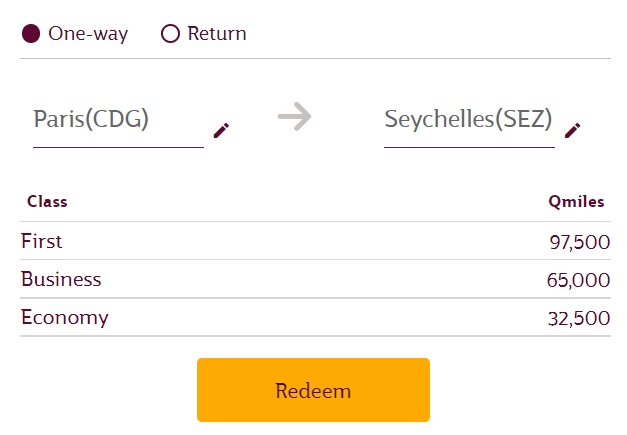 By joining Avios, Qatar Airways might be seeking to rebalance its relationship with British Airways. By tempting Avios collectors to spend more of them via Privilege Club – reducing the amount that Qatar Airways owes BA every month – it might just be a savvy financial decision. And that’s before taking into account any commercial / marketing advantages from issuing “Avios” instead of “QMiles” …

What do you think? Let us know in the comments section…