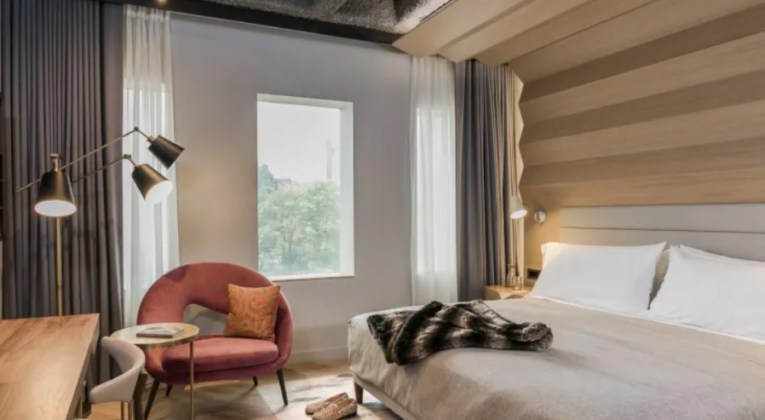 Recently, Marriott announced that it is moving to variable pricing of award nights – something often called “dynamic pricing”. Marriott isn’t the first hotel chain to implement dynamic pricing; Hilton and IHG have been doing it for awhile.

In general, however, loyalty programme members HATE dynamic pricing. So why do the major hotel chains think it is the right strategy?

Even though the hotel might be named JW Marriott or Hilton Garden Inn, it isn’t actually owned by the eponymous hotel chain. Instead, the actual hotel is owned by somebody else – often a local businessperson or property developer – with a franchise agreement detailing how that hotel must be operated to certain minimum “brand standards”.

Paying cash for a room

When you book a room on marriott.com or hilton.com, the hotel keeps most of the revenue. It passes along a portion of that to “corporate” in the form of franchise/marketing fees, etc. A portion of those fees happens to cover the cost of issuing points to you, the loyalty programme member, based on the price you paid for your room.

Paying points for a room

When you pay points for a room, “corporate” – i.e. the loyalty programme – subtracts those points from your account and pays for a room on your behalf at your chosen hotel. The hotel doesn’t receive any points directly from you, nor do they really care how many points you paid.

The cash amount that the hotel receives will depend on occupancy levels. Essentially…

It’s not all tears for the hotel owner though. Although some franchisees do hate the idea of people not paying THEM… the hotel owner and operator… for their room, they also recognise that they pick up lots of paid business from loyalty programme members who want to earn points from their hotel stays. Moreover, direct bookings avoid the high commissions charged by the major Online Travel Agencies such as Expedia and Priceline. So the trade-off is well worth it, even if a proportion of a hotel’s guests each night aren’t actually bringing in much revenue.

In addition, somebody staying “for free” (because they used their points) might be more inclined to splash out on food & beverage, spa treatments, etc.  Again, this is high-margin business for the hotelier.

So far so good… for “corporate” that is. Most of the time they pay their franchisees peanuts for those award nights. And as long as they can charge their members enough points – an internal accounting calculation, but still important – the loyalty programme is almost guaranteed to make huge profits!

But over time, loyalty programme members – helped by blogs such as InsideFlyer – develop an understanding of the value of their hotel points. And so they choose to:

There is a danger, of course, of over-generalising, but high room rates are often associated with high demand / occupancy levels. This exposes “corporate” / the loyalty programme to the risks of having to pay the average daily rate a lot more often than expected…

So why ‘Dynamic Pricing’, instead of just devaluation after devaluation?

First of all, changing an award chart (for the worse) leads to a lot of bad press. Even “category creep” devaluations – where the award chart has enough award categories that the most popular hotels can move to a higher award category every year or two – have their limits.

By moving to dynamic pricing, the award chart helpfully disappears, so that there is nothing substantial for bloggers and/or the mainstream press to complain about.

It might sound counter-intuitive, but loyalty programmes REALLY want you to spend your points when occupancy is nearly guaranteed to be low. As I mentioned above, an otherwise-empty hotel room doesn’t cost the loyalty programme much at all. So the number of points charged is almost irrelevant, because it’s still highly profitable for the loyalty programme, as long as you can be convinced to spend points.

But because increasingly savvy members are saving their points and booking cheap paid rates instead, the loyalty programme wants to reduce the points price enough so that people are tempted to spend their points. A great example of this was the 5-star Conrad in Bangkok charging 13,000 points per night at the height of COVID travel restrictions.

Even adding “off/peak” pricing to the award chart didn’t really fix this problem. But dynamic pricing might…

3. Charging even more at peak times

Because “corporate” needs to pay more to its franchisees when hotels are full, it needs to charge its loyalty programme members more points at the same time. For whatever reason, “peak” award pricing didn’t quite fit the bill, so Marriott in particular intends to charge as many points as they think members will pay.  Or, perhaps, to charge so many points that they hope that members WON’T spend points… such that Marriott “corporate” doesn’t have to pay full price to that ski resort hotel at Christmas or that Disney area family resort during the school holidays.

Because of the structure of the hotel business – with individual franchisees owning the actual hotels – the accountants imposing their priorities on the loyalty programme have decided that they need to charge more points at peak times and fewer points at off-peak times… and peak/standard/off-peak award charts simply weren’t doing the job.

In a future article, I’ll attempt to explain why allowing the number-crunchers to run the show isn’t such a great idea for a hotel chain that wants to keep its loyalty programme as a major profit centre!