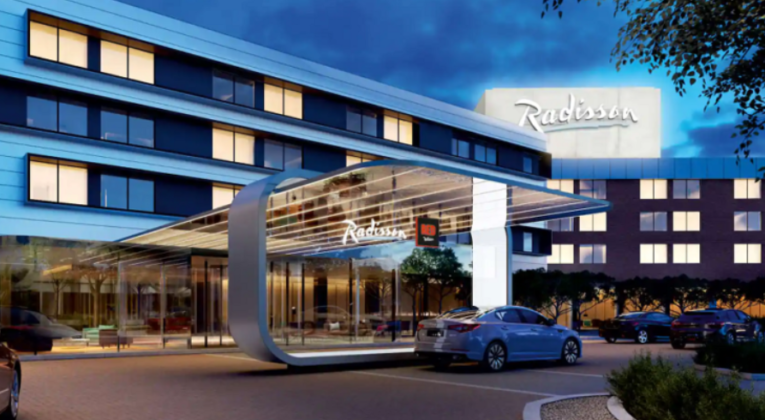 The former Park Inn was close to Heathrow Terminals 2 and 3 and had almost 900 rooms. It is now divided into two hotels: the Radisson Red London Heathrow with 258 rooms and the Radisson Hotel and Conference Center London Heathrow with just over 600 rooms. Both hotels share the same lobby, restaurant, lounge and bar. In addition, the hotels share a gym, swimming pool, sauna and steam room.

The Radisson hotel has 2 conference centres with a total of 41 conference and meeting rooms. There is room for 700 meeting participants.

Lifestyle chain Radisson Red was launched in Brussels in 2016. The brand has been a bit slow to open new hotels. Right now, just over 40 hotels have opened or are under construction.

“Introducing two new hotel chains to such an important international airport is extremely exciting. This is our first Radisson and second Radisson RED hotel to open in the UK, marking a major milestone for the company. The extensive refurbishment of the hotel meets the ever-changing and growing needs of our diverse customer segments.”

For members of the Radisson Rewards loyalty programme, it is a potentially useful option for overnight stays close to Heathrow.