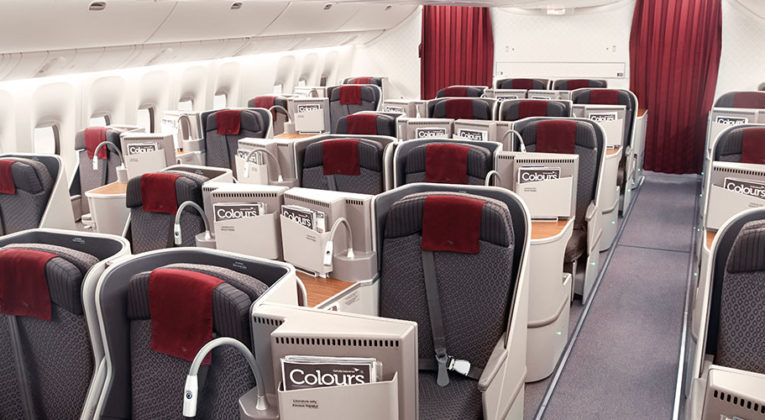 Garuda Indonesia cannot seem to make up their mind about the route to London Heathrow. Last August, little over a month before the winter timetable would go into effect, the Skyteam airline announced it would suspend its LHR service. The Boeing 777-300ER would be dispatched on Jakarta-Tokyo and Denpasar-Melbourne instead. However the carrier will resume flights between the two capitals, Garuda Indonesia confirmed to Insideflyer NL. From 27 November – with little advance notice – the non-stop flight is available three times a week; on Tuesday, Thursday and Saturday. Garuda’s acclaimed First Class is, currently, not available for bookings so it seems a high-density 777 will operate the route. An official statement should follow, but it is possible the airline would not want to lose their valuable slots at the busy London Airport.

From London, Garuda will offer an overnight flight with departure at 21:55h and arrival the next day at CGK at 19:10h. On the way back, the flight departs Jakarta 5 minutes past noon and arrives at Heathrow at 20:00h. There are rumours the flight will change to a direct flight to Denpasar Bali on the outbound; a popular holiday destinations from where Garuda also offers connections to Australia.

Nevertheless Garuda should first work on their reliability reputation. Passengers have barely been rebooked on other flights after the suspension was announced, and now the carrier returns with little over 2 weeks notice. It is doubtful the first couple of weeks will have a profitably filled flight.