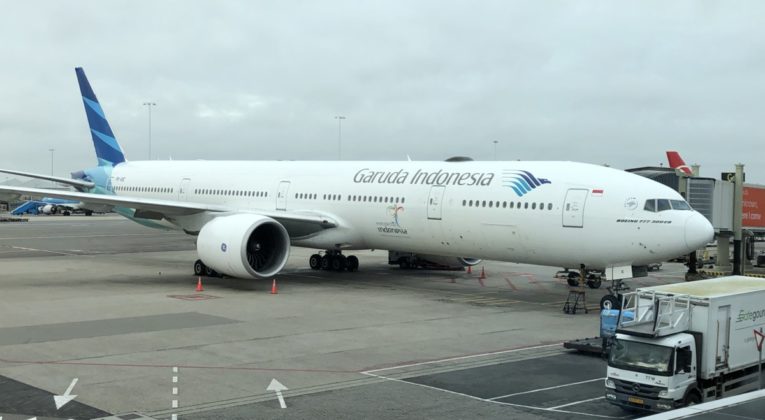 It seems like Garuda Indonesia will discontinue its route between London Heathrow and Jakarta in the coming winter schedule, which starts 28 October. Reservations for the route have been closed for a few weeks already. A senior manager of the Skyteam airline told FlightGlobal that the aircraft normally used for the London run will be assigned to Jakarta – Tokyo and Bali – Melbourne. Garuda could not clarify to InsideFlyer whether the route will return in the summer. Slots for Heathrow flights are very valuable, but if left unused, the airline forfeits their ownership.

Most likely, passengers already booked on flights to Jakarta and beyond from October onwards will be placed on the Amsterdam – Jakarta flight after a feeder on KLM. Currently, this flight is operated 6 times a week. Starting 28 October, the technical stop in Singapore on the return is discontinued, making both legs non-stop. The departure times are rescheduled as well which means UK passengers will have to take an early morning flight to Amsterdam to catch the Jakarta flight.

Garuda also uses a Boeing 777-300ER from Amsterdam, however in a two-class configuration. This means there is no First Class and fewer Business Class seats. In Economy Class, there is still is still a (relatively) spacious 3-3-3 lay-out.