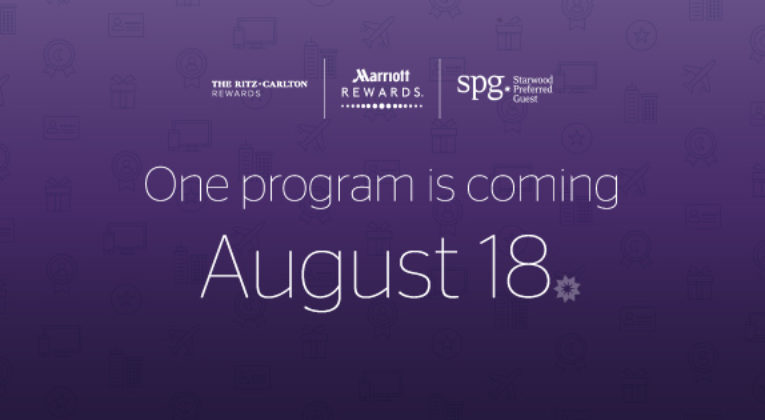 When you join the ranks of committed “travel hackers”, you might end up caught in a little bubble of InsideFlyer, Flyertalk, Boarding Area, HeadforPoints and other blogs, etc. Within that little bubble – which includes many frequent travellers who know far more than your average customer service agent – I don’t know of anybody who hasn’t encountered substantial issues with the merger of Marriott Rewards and Starwood Preferred Guest. And a natural reaction is to complain and moan and threaten to take business elsewhere…

With nearly two months having passed since the merger was implemented, a few people – myself included – have started to wonder why the mainstream press hasn’t written more about the difficulties. I can understand the British press – who love to bash British Airways and Ryanair – not picking up on the issue due to a lack of reader interest in foreign hotel chains, but I would have expected that major news outlets in the United States would have gotten around to writing about the substantial problems that don’t appear to be getting fixed. So when I saw the headline in the New York Times – Marriott’s Merger of Hotel Rewards Programs Tests Members’ Loyalty – I thought to myself… FINALLY! After all, bad PR is one of the most effective ways of pressuring travel companies to do the right thing.

But then I actually read the article, which you can find by clicking here.  Trust me… I appreciate an attempt at balanced reporting in the age of Donald Trump, but I could hardly believe these quotes:

“We ended up bringing over about four billion records from the Starwood technology systems,” Mr. Flueck said. He described the merger as 99.9 percent successful.

The NYT article also concluded with:

While there were scattered claims across social media and on frequent-traveler message boards of rooms and affiliated credit cards being canceled out of frustration, conversations with hotel owners indicate that these threats are not being carried out on a wide scale, said Michael Bellisario, a vice president and senior analyst at Robert W. Baird & Company, a financial services company that buys and sells Marriott stock.

“So far, no one’s seen a material change in direct bookings,” he said, adding that he didn’t anticipate mass defections. “You get used to certain perks. No one likes change. I feel like there’s always that initial grumble factor.”

So, are we grumbling but continuing to book hotel stays with Marriott?  I’ve certainly cancelled all of my bookings for the rest of 2018 and have repeatedly put off calling Marriott. I just don’t need the hassle! Or maybe we’re being misled by the “travel hacker bubble” and the general public – who vastly outnumber us – simply don’t care?

What do you think? Are you actually moving business elsewhere or even planning to sue? Or just venting online and booking your next Marriott stay anyhow? Be honest!!