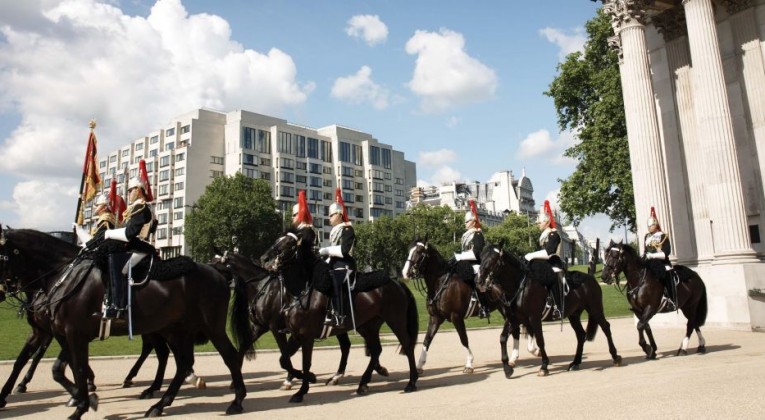 I like to keep things pretty positive here at InsideFlyer UK, but occasionally the odd rant does the soul good! Today my ire is focused on the unfortunately named ‘Customer Service’ department for the IHG Premium Mastercard issued by Creation.

I had issues right from the start with this card, when it was confirmed in writing that the sign up bonus I was due was 40,000 IHG Rewards Club Points, only for it to be reconfirmed a couple of weeks later that by writing 40,000, what they actually meant was 20,000. Naturally, I was a fool to ever think otherwise.

There are a range of minor issues with the online account system Creation uses for this card- the ‘pay by’ date is almost always wrong (it usually shows last month’s date, which is just plain confusing), you need a Degree in statistical analysis to work out if you’re getting the correct number of Points (I’ve given up), etc.

The next proper fiasco though was when I had the audacity to try and order some groceries from Tesco Online. I admit that this was a pretty high-risk, dodgy looking transaction – all but guaranteed to trigger red alert on the fraud alarms 🙂 . The fact I had already used the card regularly for purchasing groceries, both online and in-store, as well as for a large range of other UK and foreign transactions, was entirely irrelevant.

It was explained (slowly – thankfully – because I’m not very bright) that a ~£60 purchase on a weekday evening from one of the biggest and most established retailers in the country, originating from my own IP address, is patently the definition of suspicious activity. This seemed like very good sense, so I apologised for causing such trouble for the good people at fraud prevention, and solemnly promised to avoid such risky purchases from that day forward.

Sadly, I failed to keep my word.

An injudicious rush when booking a flight with Norwegian led to me grabbing the IHG Premium Mastercard to pay (I do still want to hit the min spend on it to earn a free night certificate this year!)…

In hindsight, the results were predictable: card frozen and access to my online account locked, again. Obviously, someone who regularly makes a lot of flight and hotel bookings choosing to book another flight is unlikely. It’s pretty clear (now I look back) that the most plausible scenario was that I had been kidnapped and forced to book flights for myself against my will, so I really do understand the perspective of fraud prevention on this one.

Not to worry, I thought I’d give them a quick call after work to let them know I hadn’t been kidnapped (this time!) and to say thanks again for keeping such an intelligent eye on me.

It was 17:30 on a weekday by this point, so, quite rightly, there was nobody available to take my call. When I say “nobody available”, a more accurate way of putting it would be “nobody in the office at all”. I tried the fraud number and the general customer service number, with both eventually resulting in what sounded like a household answer-phone asking me to call back between 9:00-17:00 or to leave a message. I mean, why would anyone need to unblock their card or speak to customer service at any time other than 9am-5pm?

The IHG Premium Mastercard has an annual fee of £99 – is it really too much to ask that they either stop freezing my card for incredibly dull transactions, or at least have someone in the office until 18:00 on a weekday to fix it when they do.

I don’t think I’ve ever had a freeze placed on any of my cards from MBNA, Barclaycard, Amex, etc, and I’m pretty sure they all manage 24-hour customer support too, despite most of those cards being free. I really can’t understand why Creation thinks this is a reasonable way to conduct business.

On a serious point – when travelling, always make sure you have a couple of back up credit cards with you in case your preferred one gets blocked and it takes a while to sort out. I wouldn’t necessarily recommend that the IHG Premium Mastercard should be one of those cards.

Anyone else had as much fun with the IHG Premium Mastercard?