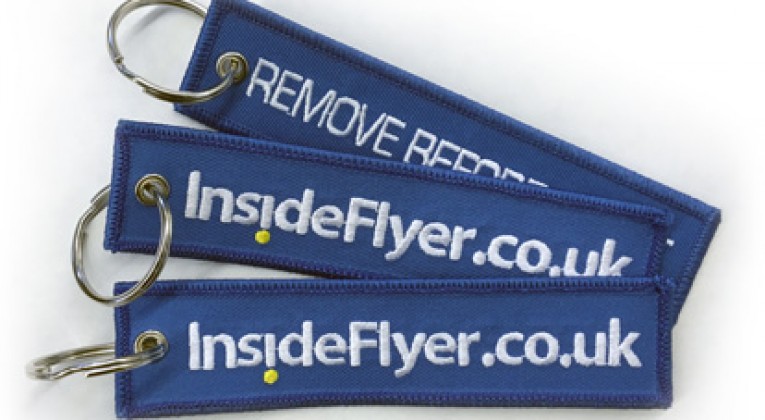 At InsideFlyer UK, we write a lot about versatile reward currencies such as American Express Membership Rewards and Starwood Preferred Guest. But to take advantage of such flexibility, you need to be aware of any gems in the reward charts offered by different frequent flyer programmes. (otherwise I know you’re just going to convert to Avios!) I don’t blame you for believing that poring over reward charts is one of the more boring things to do in your free time – so I’ve done it for you!

During March, I am going to run a series of posts. Each post will cover a popular long haul destination and look at the number of miles that a wide variety of frequent flyer programmes would charge for a return reward ticket in the various cabins offered. My choice of programmes might appear to be somewhat random. But ultimately I am aiming for a decent selection of programmes that meet one or more of the following criteria:

Of course I can’t cover every potential option without risking information overload, and there are certain programmes that probably aren’t appropriate for certain destinations (such as Emirates Skywards for a Europe to North America reward chart). At best I can highlight programmes that appear to charge fewer miles than others for the same destination. It is up to you to investigate further to see if you can make it work for you.

Today I’m starting with one of the most popular reward destinations, North America. Take a look at this chart. I’ve highlighted in yellow what I believe to be particularly attractive. 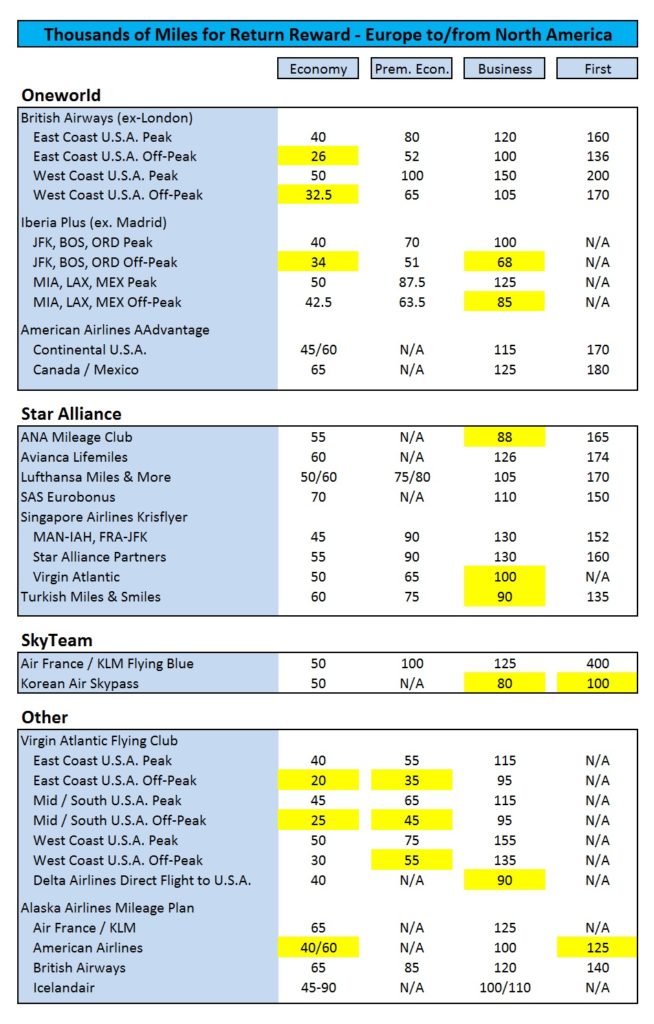 Apart from the headline miles requirement, we mustn’t forget the impact of surcharges. Readers should be familiar by now with the substantial surcharges imposed by British Airways, Virgin Atlantic and Lufthansa. In the case of British Airways Executive Club, these surcharges can be avoided by positioning to Dublin or Dusseldorf for an Aer Lingus or Air Berlin reward. You can also avoid surcharges by flying on a U.S.-based airline (with the notable exception of spending Avios on American Airlines transatlantic flights) or by booking Star Alliance rewards through LifeMiles or with a lower-surcharge option such as LOT or Brussels Airlines.

Another element to keep in mind is that some frequent flyer programmes do not allow for one-way rewards, at least at 50% of the price of a return. I almost always book one-ways to maintain maximum flexibility to change my mind or fly open-jaw itineraries; it also allows me to fly one-way with Oneworld and the other way with Virgin Atlantic or a Star Alliance airline, depending on reward availability. This return-only restriction, however, can be a major issue when you are aiming for two or more tickets from a more obscure programme, since you will need a lot of miles.

And, finally, you are surely aware that the Avios currencies usually only allow for point-to-point itineraries and therefore tend to look a bit cheaper than they are in practice for anybody not living near a major hub. Positioning to London, Madrid, Dublin or Dusseldorf will have additional cost, either in miles or money. So, even though other region-based reward charts might require additional miles, your connecting flights from home airport to a European hub (or even including an extra connection within the United States or Canada) will often be included at no additional cost. Some programmes, most notably Alaska Airlines Mileage Plan, also allow a stopover en route.

Hopefully you can see why I place a higher value on ANA Mileage Club and Korean Air Skypass miles. But what else jumps out at you? Did you catch that a Virgin Atlantic Upper Class reward to Los Angeles, San Francisco or Las Vegas costs 100,000 Krisflyer miles whilst Flying Club charges 135-155K?

And despite taking due care, it’s always possible that I’ve made a mistake. Please leave a comment if you spot one…