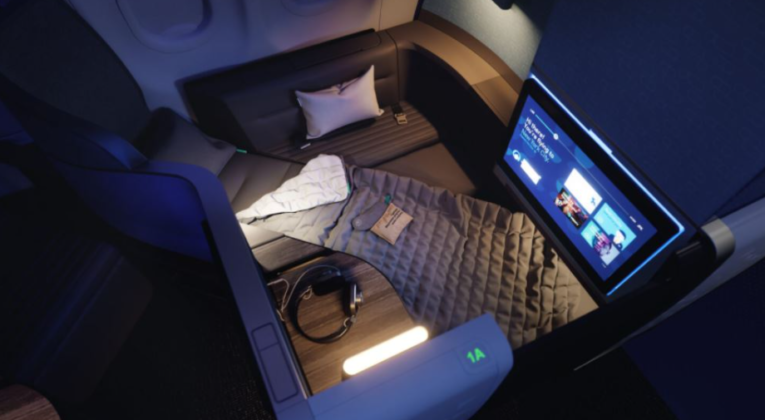 I’ve been a fan of JetBlue ever since I first took a short hop from Long Beach to Las Vegas with them years ago. The price was right, but the plane looked great and the crew was memorably friendly. The airline’s planned expansion across the Atlantic has been rumoured for a long time and it’s now finally possible to book JetBlue flights between London and New York.

The transatlantic Economy (‘Core’) and Business Class (‘Mint’) products were unveiled earlier this year – and both look extremely competitive. The really good news now is that the fares are also excellent, at least for the time being, starting at just under £290 return for Economy, and under £960 for Business Class return:

Jetblue will be flying from both London Heathrow and Gatwick airports to New York JFK, with the very cheapest fares originating in Gatwick. Heathrow flights are only marginally more expensive though.

It is unlikely that JetBlue can maintain such so low fares in the long run, but London-New York is a market that badly needed new competition after the collapse of Norwegian. Whenever it’s possible to travel freely between the UK and the US again, I look forward to giving JetBlue’s new service a try.