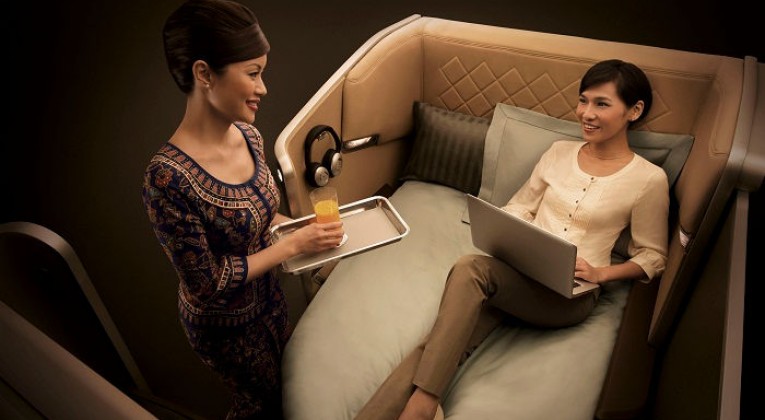 First of all, there are two key points to mention about the changes:

These two points indicate that the search for good value redemption sweetspots will revolve around award prices that are still better than (or at least competitive with) what other major airline programmes charge; and awards that were previously bad value because of the surcharges – particularly in Economy and Premium Economy.

Another aspect to consider is that flights that require connections will often be better deals now, as previously they involved two lots of surcharges.

KrisFlyer divides the world into the following 13 regions:

Singapore Airlines KrisFlyer is a 1:1 transfer partner from American Express Membership Rewards and can provide substantially better value than transferring your Points to Avios, despite the changes.

Let’s start by having a look at the options from the UK (Europe).

If you are connecting to anywhere that BA doesn’t fly directly to in Zones 2-3, you will save Points during BA‘s Peak times by transferring to KrisFlyer instead.

Singapore Airlines now charges 85,000 for Business Class and 115,000 in First Class – so a little less than BA Off-Peak and a lot less than BA Peak dates.

As you can see in the chart above, you can carry on to Australia and New Zealand for a relatively modest premium too. What you may not be aware of is that you can get a stopover in Singapore en-route to other destinations even on one-way flights by paying $100 USD. One stopover is free on Return awards.

Those are decent prices, but being better than BA isn’t really enough to claim ‘sweetspot’ status in my view.

Manchester to Houston for 22,500 in Economy, 45,000 in Premium Economy and 65,000 in Business Class (no First Class) is a similar situation. If you specifically want to fly to Houston, the Economy and Business Class aren’t bad, considering they are still available even when other programmes charge Peak prices.

45,000 Miles for SIA Business Class between Istanbul and Singapore (and the rest of Zones 1, 2 and 3) is a fantastic price. The fact you can connect to pretty much anywhere in South East Asia for free just sweetens the deal even further. Positioning to Istanbul is relatively cheap and easy (8,500-10,000 Avios in Economy if you can’t find a cheap flight).

Even better (though less practical) is that flights between Zones 1-3 and Cape Town/Johannesburg are also just 45,000 Miles in Business. That’s a ~12 hour flight! If you could work it into a big ’round the world’ style trip, that’s a truly amazing deal!

The real beauty of Zone 10 awards is that although they have always been great value, they are arguably getting even better now. They get hit by the loss of the 15% online booking discount but they aren’t going up beyond that, and the current surcharges can be quite significant, so (depending on how you value Miles) the net impact of the changes is positive.

Even just a simple one-way from Istanbul to Singapore in Business Class currently incurs a $170 USD surcharge, which will be removed in future. The 15% online booking discount saves 6,750 Miles. so unless you valued your Miles at more than 2.5 cents (2p+) each, you will end up better off after 23rd March. If you were connecting in Singapore to somewhere else in Zones 1-3, the saving is even greater.

I’ve only just scratched the surface here when it comes to Singapore Airlines award chart sweetspots. There is plenty of fun to be had with intra-Asia routes, particularly if you make use of stopovers and open-jaws, etc.

There are also, potentially, some very interesting opportunities using the separate KrisFlyer Star Alliance award chart, though it isn’t possible to test how that will work in practice until after 23rd March.

Anybody else spotted any good value redemptions in the new chart yet?