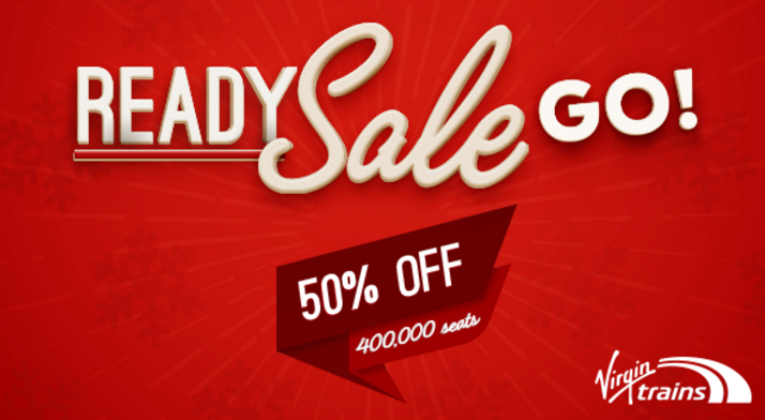 Yes, #TrainTuesday is back for its first outing of 2017 – and there’s actually a couple of pretty good offers around this week…

Virgin East Coast is offering 50% off train fares for travel between Edinburgh and London. All destination en route are included too, for example:

Unfortunately, you can’t get a Railcard discount on top!

GWR is also holding a decent looking ‘January Sale’ with the prices between London and the Cotswolds, Oxford, Bristol, Bath, Cheltenham, Swindon, Exeter, Penzance, Cardiff and Swansea ranging from £5-£15 in Economy and £25-£39 in First Class.

You need to book by 25th January 2017, for travel by 24th March 2017. There is a limited number of discounted tickets available, so book asap.

Everyone loves a #TrainTuesday bargain!