I’m not sure how I missed this story until now, but the BBC reported last week that British Airways will soon be adding next generation 4G Wi-Fi to their short-haul offering. The plan is to get started next year and eventually equip 132 aircraft by 2019, which is more or less the entire short-haul fleet.

British Airways‘ IAG stablemates, Vueling, Iberia and Aer Lingus are also set to be kitted out, with up to 90% of IAG short-haul flights offering internet by the end of 2019.

The technology is provided by Inmarsat, who seem to think they’ve cracked the reliability issues that currently plague in-flight internet providers – at least according to Inmarsat President Leo Mondale:

“The European Aviation Network is a game changer for the millions of airline passengers that have been cut-off from fast, reliable and consistent broadband access during flights in Europe. It will provide IAG airlines with unprecedented high-speed capacity by combining the strengths of Inmarsat’s satellite connectivity with a powerful ground network operated by our partner Deutsche Telekom. We look forward to working with Aer Lingus, British Airways, Iberia and Vueling on the rollout”. 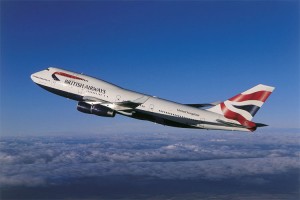 BA had, of course, already announced that Wi-Fi will be introduced on long haul flights from next year.

I know some people like ‘switching off’ when flying, but reliable internet at a reasonable speed is something I would personally really like to more airlines adopt. Given the cutbacks at BA these days though, I imagine that complimentary access would be far too much to hope for!

What do you reckon? – a positive change, or would you rather devices stayed disconnected?