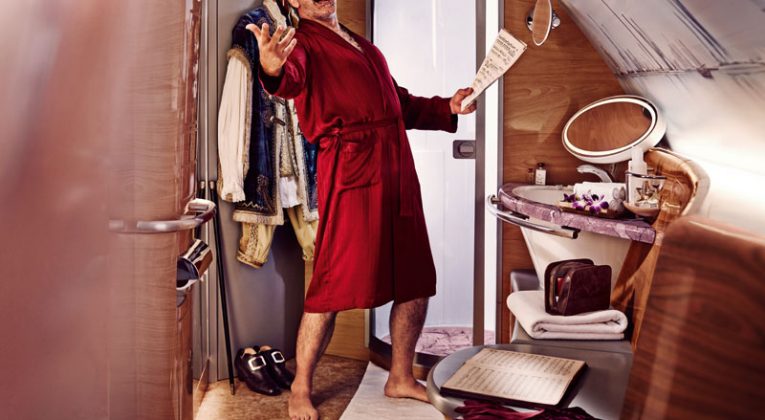 Emirates First Class is one of the most ‘aspirational’ airline cabins in the sky. It might not be to everyone’s taste, but if the criticism is that it’s a bit too ‘blingy’, I think I can put up with that on occasion. I mean, obviously I couldn’t possibly manage a glass of Dom Perignon or a wee nip of Hennessy Paradis every week, but…

I think most people will be able to stomach the gold cabin finishes – the real problem with Emirates First Class is that unless you happen to be rather well off, you’re simply not going to be able to afford it.

Miles to the rescue!

The beauty of collecting airline Miles is that they allow those of us without 7 figure bank balances to fly in the same comfort and style as those who do.

You might think that Emirates Skywards Miles are what you should be collecting to fly Emirates, but naturally that would be far too simple. You can do it, but Emirates charge a lot of Miles and add some pretty stonking surcharges on top.

How do I get JAL Mileage Bank Miles?

You can transfer American Express Membership Rewards Points to SPG Starpoints at a 2:1 rate (2 Amex MR = 1 Starpoint), so you can effectively transfer blocks of 40,000 MR Points to 25,000 JAL Mileage Bank Miles via SPG.

You can also take advantage of the current Starpoint sale – which is offering up to a 50% discount until the end of the year. The exact discount you will be offered is targeted, but anything over 35% exceeds the best offer I’ve ever seen before for purchasing Starpoints.

If you have been targeted for a 50% discount, you can buy Starpoints for ~1.4p (1.75 cents) each, which means that you can effectively buy JAL Mileage Bank Miles for 1.4p each too.

You can (officially) only purchase a maximum of 30,000 Starpoints per year, but you can use your discount to buy Starpoints for others and then transfer those to your own account (as long as they have the same address as you), so the limit doesn’t really matter.

How many Miles do I need?

JAL uses a distance based award chart – so basically the more you fly, the more Miles you need.

As you can see, the amounts start off quite high for short distances but then become much more reasonable the further you fly. You can work out the total distance of your flights using the calculator here.

There are some rules you need to be aware of:

These rules are actually quite generous (particularly the stopovers) and you could have a lot of fun constructing great value complex bookings, but I’m going to try and keep things relatively simple here for now and just signpost a few obvious routes.

Emirates flies a 5th freedom route between Milan and New York using an A380 (which is the aircraft you want, because in First Class you get to experience showering at 40,000 feet!). 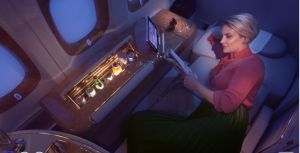 By the time you add taxes etc, you’re looking at about £1,200 which is a fair chunk of change, but cheaper than paying for Business Class on most airlines to New York most of the time. As a reference point, cash tickets in January (hardly peak time for New York) are currently about £5,000!

The distance is 3,421 miles, so the route falls into the same bands as the example above. You would actually have about 600 extra miles in each direction to play with, so could connect to Muscat or Doha for example for the same number of Miles. 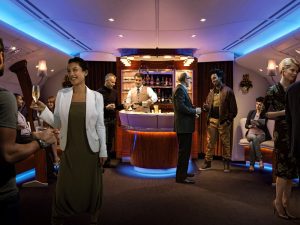 Remember you have two stopovers (for as long as you want, within a year) to play with and the value gets better the higher you go up the award chart.

Let’s say you want to go to New York in December and Dubai in April.

As I say, there’s a lot you can do once you start thinking about it, but that’s enough (for now, anyway!). 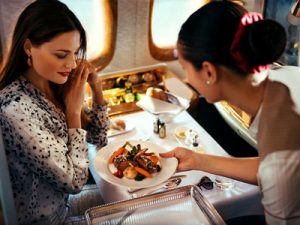 How to search for award space and book

You can’t book Emirates awards online with JAL, so the best place to look up award space is probably the Alaska Airlines website (Alaska also partners with Emirates and should have access to the same award space as JAL).

Transferring Starpoints to JAL Mileage Bank can take up to 2 weeks (usually less) so there is a real risk that award space might get snapped up. If you don’t have any flexibility on the dates you can travel, I’d probably look at other options. You can always try explaining to the JAL agent that you’re waiting for the Miles to be transferred into your account and see if they are willing to put the award on hold for you (mixed reports of success).

I don’t think JAL are charging any surcharges for redemptions on Emirates at the moment but can’t be 100% certain. I rang JAL to price an award from the USA and there wasn’t anything noticeable, but I have read one report of someone being charged surcharges on an award that didn’t start in the USA. If you have recent experience, please let us know in the comments!

Emirates First Class is on a lot of people’s ‘travel bucket lists’ and using JAL Mileage Bank Miles is the best way to do it (short of spending vast sums of money!). 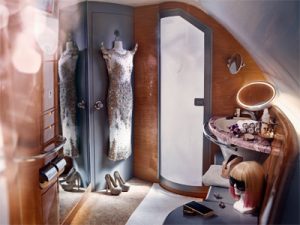 The current Starpoints sale means that it’s easy and (relatively) cheap to get hold of Mileage Bank Miles at the moment.

Alternatively, you can get a decent chunk of Starpoints (10,000) for getting the American Express SPG credit card, or by transferring American Express Membership Rewards Points from the Gold/Platinum charge cards to SPG (Email me at [email protected] if you would like a referral for a higher sign-up bonus on any of the above cards).