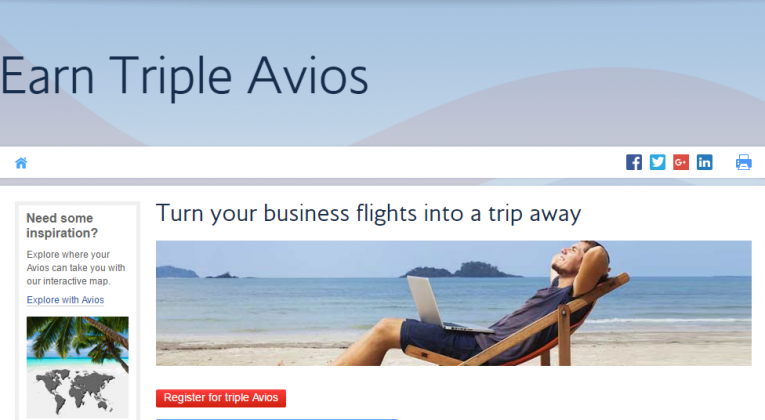 You can earn triple Avios Points on British Airways flights to all destinations, so long as you book and complete your trip before 11th December.

The triple Avios promotion applies to all fare classes, for up to four Return flights during the qualifying period, and you need to register here.

It is also possible to earn triple Avios flying on American Airlines, Finnair and Iberia for flights between Europe and North America.

I don’t value Avios as highly as I used to, but this still has the potential to be a very lucrative promotion. You can see the standard Avios earning rates in the chart below: 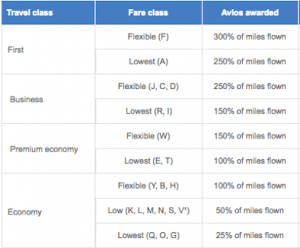 There aren’t any fare class restrictions to the triple Avios offer, so until 11th December the new earning rates work out at:

How good is this promotion?

I’m not usually given to praising BA much, but this is excellent – particularly in Business or First Class.

Percentages can seem a bit abstract, so let’s stick some meat on the bones and look at a couple of real examples:

For a member without elite status, a Return flight in discounted Business Class/Club Europe (fare class R or I) to Malta normally earns 3,844 Avios, but under the current promotion you would get 11,532!

Return flights in Club Europe to Malta can be had for as little as £240.00 for dates during the promotion – so if you value Avios at roughly 1p each, that’s almost 50% back.

First Class works out even better, with price starting at £2,318 and earning a staggering 71,838(!) Avios per Roundtrip.

With a bit of careful planning you could earn enough Tier Points for British Airways Silver status after just one of these Return trips too!

There will be lots of fantastic deals to be had here (if you spot any, feel free to share them in the comments or on the forum!).

As a starting point you can use BA’s low fare finder to get an idea of prices, and then to work out how many Avios you would earn just multiply whatever the Avios calculator says you should get by six (it shows the amounts for one-ways, so you need to multiply by 6 rather than 3).

Can anyone find a better deal than the Malta example?