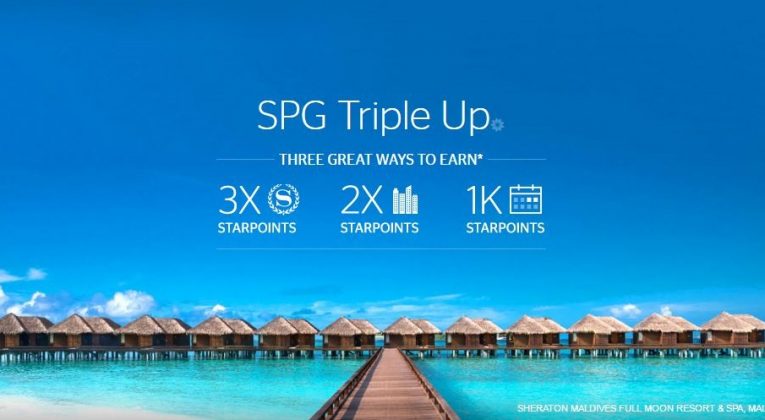 Registration is now open for the SPG Triple Up promotion. The offer will run from 9 May 2016 up to and including 31 July, 2016.

You need to register for this promotion by the end of 17 July, and a list of participating hotels is here.

The ordinary earning rate for SPG Starpoints at Starwood hotels is two per US $1 spent. While elite-level SPG members earn bonus Starpoints, it is only the base two Starpoints that will be doubled/tripled by this offer.

SPG Starpoints are generally regarded as one of the most valuable frequent flyer currencies, not least given their flexibility (you can convert them to airline miles in a variety of programmes at a very competitive rate, for example). As such, any opportunity to earn additional Starpoints is a good one, and we strongly suggest you sign up to this one. It’s probably not then worth making back-breaking efforts to benefit from this (as it often is, for example, with offers like IHG Accelerate), but if it fits into your travel plans, then great.

It of course joins the current Hilton double points promo, which we flagged earlier this month.