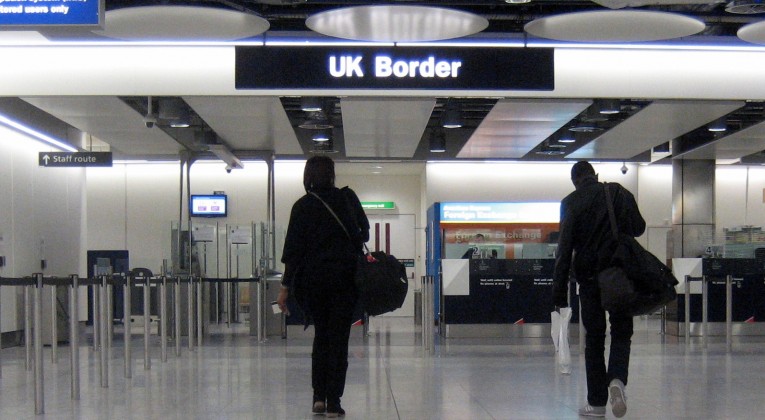 There was a very interesting piece written last week by travel blogger Elena Nikolova (better known as Muslim Travel Girl), about being questioned and searched at the airport on a recent trip.

Although she (of course!) had nothing to hide, completely understands the need for such processes, and makes clear that the officers were polite – the experience still left her feeling uncomfortable and a bit shaken.

I find that contradiction between rationally understanding something but still having a negative emotional reaction to it interesting, and it’s something I can definitely relate to. Security procedures are necessary and absolutely nothing personal, but they can sometimes still leave you feeling like you have been singled out unfairly.

In Elena’s case, she has never had any issues before and hasn’t been put off travelling, but she worried that other travellers, particularly other Muslims perhaps, could be put off by similar experiences.

The disgusting acts of violence in Pakistan, Belgium, Turkey and elsewhere in recent days, have led to increased security checks for everyone, and probably an increased focus on Muslim travellers in particular. Whether you think this is good, fair or effective isn’t really the point – the fact is it’s just a part of travelling at the moment, and something that has to be dealt with.

I’m of the view that the more people travel and get to glimpse the lives of others, the more opportunity they have to see that most people are fundamentally pretty similar to themselves. Travel is (usually) lots of fun, but I also think that the individual links we make, from brief conversations and small acts of kindness, to great friendships and loves, can all make a tiny contribution to making the world a better and more peaceful place.

I therefore really dislike the idea of anyone being put off travel, unless there is a genuinely compelling reason.

Although Muslim travellers almost certainly face more inconvenience than other travellers at the moment, enhanced security checks really do happen to everyone sometimes. I’m British, white, not religious, graduate, late 20s, decent job, quite ‘respectable looking’ (most of the time!) etc. In other words, unlikely to have much trouble with any sort of profiling, but I’ve still had more than a few ‘interesting’ experiences with security/immigration/customs.

Those situations can generate a frustrating sense of powerlessness (particularly if you might miss your flight), and I don’t think anybody enjoys being questioned and having their belongings looked through. I hope that sharing a couple of my own experiences might help people (of whatever faith, race, nationality etc) feel a bit less singled out and a little less stressed next time they undergo enhanced security.

One of the most frustrating times was when I arrived back in the UK after a few weeks in Uruguay, Argentina, Chile and Brazil. I love ships and came back on a repositioning cruise from Buenos Aires.

After I passed through immigration in Dover, a man (not in uniform) walked up to me and asked if I would “mind stepping this way”. I asked what was going on and he explained he was something to do with Customs and that it would “be appreciated” if I would answer some questions.  I had a train to catch but was happy to help as long as it didn’t take too long. It was left completely unclear as to whether I was assisting voluntarily or not – his words were framed as requests but the tone gave every indication that I couldn’t say no.

I was led to a room and asked quite a lot of questions – about my travels, my employment, my home. It felt a bit over the top to be honest. Questions like “where are you travelling to now” (Me: “Home, Leeds”), “Why?” (Me: “Because I live there?”) didn’t seem a very good use of his time or mine, but I tried to be as helpful and pleasant as possible.

At some point during the questions he asked to look through my bag as well. I was genuinely worried about missing my train by this point, but agreed as I didn’t really seem to have much choice and wanted things to go as quickly and smoothly as possible.

The agent then conducted an extremely thorough search of everything in my bag. Bear in mind that I’d been travelling for quite a while so the bag in question was a very large rucksack, and you can see why the search took a while. Once the search was complete I was simply told everything was fine and that I should repack my bag and go.

There was no explanation or apology, despite the fact the agent knew I had missed my train and would have to fork out well over £100.00 to get a new ticket.

I don’t think I could have done much differently in this situation that would have helped. It was irritating, but sometimes some aspects of travel can be like that. I suppose the broad lessons are to give yourself plenty of time before flights/trains etc, and have good travel insurance, but most importantly just accept that sometimes things don’t work out as planned.

It was inconvenient and I was annoyed about it for a short while afterwards, but I had just come back from weeks away on an incredible trip, so it wasn’t too hard to regain perspective!

The most surprising and potentially serious issue I’ve had with security was in Thailand.

I was in Bangkok last summer when 20 people were murdered and over 120 others injured by a bomb at the Erawan Shrine. This was a terrible crime deliberately targeted at innocent people.

I flew to Krabi two days after the bomb went off and security was noticeably increased, but I didn’t have any problems at all then. The issue was when I was travelling from Krabi to Singapore a couple of days later.

I was confused but not remotely alarmed. I couldn’t make sense of it at all and even thought that maybe they’d inexplicably mistaken me for someone famous… or something?

The security agent eventually came over as I was about to go through passport control and asked me to follow her. She was so friendly, smiley and apologetic that even at this stage I couldn’t really work out what was going on.

We sat down at her desk and she turned over a picture and said “this is a picture of the Bangkok bomber…”, I’d seen the image on the news before and decided this must just be a random check due to heightened security, until she continued “…I think he looks a lot like you”.

My immediate response was actually to start laughing, I couldn’t help it – the situation was ridiculous and the suspect in the picture looked nothing like me. The image was a bit grainy, and I know things like different hair (colour, length, style) could of course have been changed, but a different face shape, and different build?

I was then asked a series of questions – why was I in Thailand, was I in Bangkok at the time of the bombing, did I know the Erawan Shrine etc, and became increasingly aware that the agent, despite her friendly manner, was completely serious.

I found the whole experience so surprising, and the idea so absurd, that I wasn’t very concerned at the time. I was bemused, but obviously happy to help in any way I could.

It was on the plane afterwards that I started processing what had happened and realised how serious the situation could have been. For whatever reason, the agent in charge (Krabi is a small airport) genuinely thought that I looked like the suspect in the picture, I was in Bangkok at the time of the bombing, and the Thai authorities believed the bomber was foreign by that point.

Security services, understandably, tend to err on the side of caution after a terrorist attack and although everything would have been sorted out eventually (I wasn’t staying near and hadn’t visited the Erawan Shrine at any point), it could easily have taken a couple of days to confirm I was telling the truth.

I have little interest in finding out what Thai (or any) prisons are like, and a delay of even just a day could have impacted my travel arrangements for the rest of the trip, so the situation would have been challenging.

These are just two out of about eight times I’ve encountered something like this, but it has genuinely never crossed my mind for a second to stop travelling.

I’m not trying to deny that being questioned and having your bags searched isn’t sometimes stressful. It can feel like an invasion of your privacy, you can feel unfairly singled out, and the sense of powerlessness can be frustrating.

The point I’m making is that all of that is just a minor inconvenience compared to the amazing sights and experiences the world has to offer. Also, it can happen to anyone and is ultimately designed to help keep all of us safe. 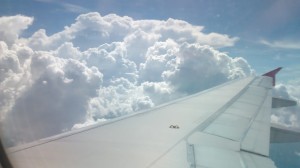 Maintaining a sense of perspective, not taking it personally, and keeping your sense of humour isn’t always easy, but it’s undoubtedly the best way to deal with any inconvenience when travelling, and enhanced security checks are no different.

How do you feel about tighter security checks? Have you ever had a similar experience when travelling?