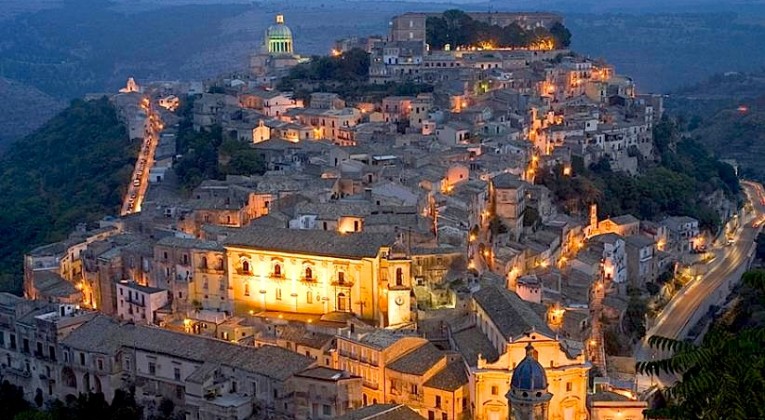 Welcome to Part II of our 10 Reasons To Visit…Sicily. The second part of our comprehensive guide to the best things to do in Sicily. Of course, we have in fact now given you 20 reasons to visit Sicily. That’s hardly surprising. Sicily is absolutely packed with some of the world’s most impressive attractions, both natural and man-made (and that’s without even touching on the Sicily weather…), and limiting ourselves to ten was simply too difficult.

As previously mentioned, we have opted for the summary, “top 10” approach on the basis that there’s already a million travel guides out there, and it seems better suited to the more digestible blog format. We hope that it will help to highlight the highlights, and we’ve included links to relevant tourist authority websites should you wish to look further. Sat 750 metres up the legendary mountain of Eryx, Erice is a mythical, medieval walled town that offers breathtaking views over the port of Trapani.

Full of mountain forts, castles and dark stone churches, Erice has a unique appeal that is only enhanced by its unpredictable weather – you will often find this elevated town shrouded in deep cloud, while the sun shines brightly elsewhere. Meaning “sea fortress of the gulf”, the town of Castellammare del Golfo is dominated by its castle, which towers over its famously long sandy beaches.

While a great place for sunbathing on the beach, arguably Castellammare del Golfo’s main attraction is its picturesque harbour, where you can still see fishermen tending their boats, or selling freshly caught fish at the quayside. While a working port during the day, the harbour becomes a bustling promenade at night, lined with several commendable restaurants all proudly displaying the day’s catch in iced cabinets outside. The Aeolian Islands are set in the Golfo di Patti, off the north Sicilian coast. The seven islands incorporate are a heady combination of blue Mediterranean sea, fantastic beaches and stunning scenery, all augmented by lush vegetation.

There is however a definite edge to the archipelago: its unique beauty is largely explained by the fact that two of the islands are active volcanoes. The windswept mountains of the Aeolian islands form part of a 200km volcanic ridge that ranges from Mount Etna in the South, to the notorious Vesuvius in the North, just above Naples.

Unsurprisingly, this is yet another area of Sicilian natural beauty that has been World Heritage listed. With the obvious exception of the volcanic Etna, Sicily is not famed for its mountains. However, to ignore them would undoubtedly mean missing out on a Sicilian highlight.

The Parco delle Madonie is a 35,000 hectare national park that incorporates six mountains over 1500m. The highest mountain, Pizzo Carbonara is 1,979m and, like Mount Etna, offers skiing in winter. Off the slopes, the Madonie Park is all about hiking, with a variety of spectacular routes for walkers of all abilities.

The appeal of the scenery here is not just the natural beauty: the park is dotted with several stunning mediaeval towns, resplendent with their intricately-built churches and castles.

Palermo is undoubtedly the leading Sicilian destination for street food. However, these sometimes challenging delicacies can be found in markets throughout the island. Highlights include:

Pani ca meusa: Literally meaning “bread with spleen”, this street food speciality is not to everyone’s taste. It is a soft Sicilian bread, flavoured with sesame and then stuffed with fried calf spleen and lung. Bon appetit. Yet another World Heritage Site, the awe-inspiring Necropolis of Pantalica contains over 5,000 tombs cut into the rock, most of them dating from the 13th to 7th centuries BC.

While the burial chambers themselves are a hauntingly impressive sight, their rugged setting is equally spectacular. The tombs are spread along the sides of a beautiful limestone ravine, carved deep into the hillside by the Anapo and Calcinara rivers. While geographically isolated, Lampedusa has a thriving tourist season that sees its population more than double to over 10,000 in summer. The principal attractions of this tiny island are primarily the beautiful white sandy beaches (including the renowned “rabbit beach”), and the staggeringly blue sea.

Linosa is a volcanic island, marked by the three craters of Monte Vulcano (195m), Monte Rosso (186m) and Monte Nero (107m). Its black cliffs and lava sand beach at Gaia Pozzolana are further testament to its origins.

Unsurprisingly, scuba diving and snorkelling are favoured tourist activities, with an abundance of marine life that extends to dolphins and loggerhead sea turtles.

The sea inevitably plays a major role in the cuisine, too, with the freshest of fish and other seafood available daily. Linosa is also very proud of its signature dish: a lentil soup, from locally-grown lentils. “Agriturismo” is a growing part of the Sicilian tourism economy, and for good reason. The general premise is that you stay on a working farm, where all the cuisine is locally produced. Bear in mind that this is Sicily, so you could easily be surrounded by vineyards, olive groves or even citrus orchards.

The farms tend to be family-operated, and you are likely to have the opportunity to experience first-hand its production methods, whether that is visiting wine or cheese making facilities, harvesting fruit or vegetables or even managing livestock.

It’s of course worth doing your research, but if you end up at a well-run agritourism resort, you will be treated to a fantastic, life-enriching break in the wilds of the Sicilian countryside. The train between Trapani and Palermo is a straightforward three hour journey, but to see it merely as a means of getting from one city to the other would be to miss the point almost entirely.

This delightful train journey gives you a great opportunity to explore the fishing villages of Cinisi, Terrasini, Trappeto and Balestrate , all located along the railway line next to the sea. You will need to check the fairly sporadic timetable if you want to avoid being left anywhere overnight, although that might just be a great idea…

Sicily is an island, of course, but it can easily be reached by car from the North, given the regular ferry from mainland Italy across to Messina. From the South, there is also a daily car ferry from Malta to Pozzallo.

Sicily is also dotted with airports, with major ones in Trapani in the North, Catania in the East and Trapani in the West. Direct flights are available to a host of major European destinations, and Malta is of course barely 30 minutes by aeroplane.