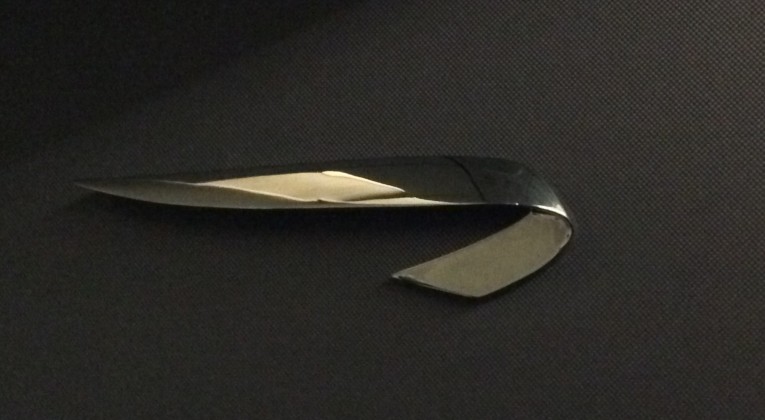 Last Friday I was travelling from London to Oslo in order to talk at the Frequent Traveller University event being held there. Using Avios to book, frankly as the fare was ruinous, I checked in several hours later than normal. I noticed a surprisingly low sequence number and so assumed the flight was fairly empty.

And that was the understatement of the day! 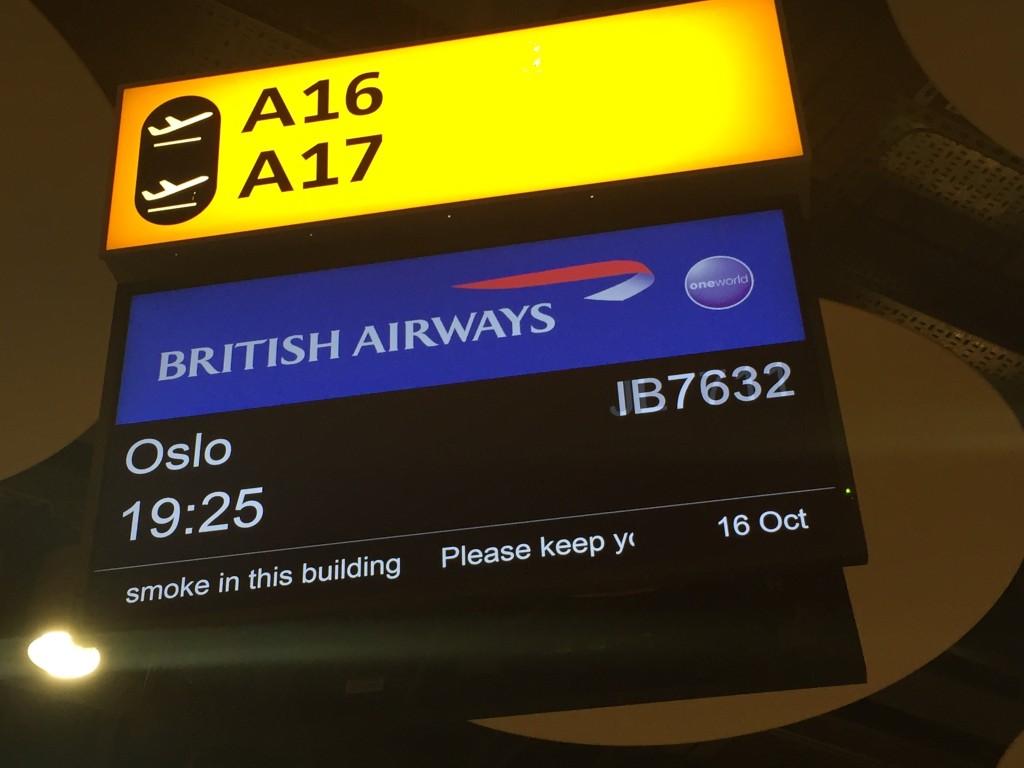 At the boarding gate there were a handful of people and only a few got up when they offered priority boarding. I was third or fourth on the plane and sat in my normal 1C seat. And then the rest of the passengers trickled on. It took only about ten minutes to board and we were ready to leave twenty minutes early.

There were 50 of us, and I was the only person in Club Europe. 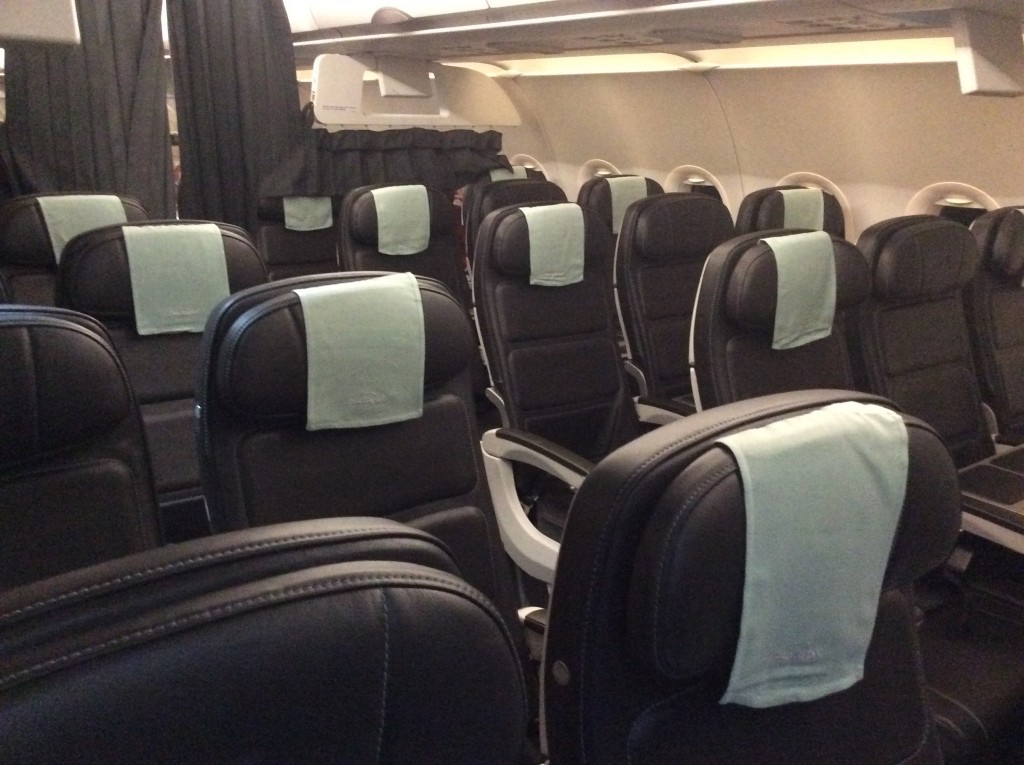 The crew were a delight from the start. I know it must be odd for them, and I am a pretty undemanding passenger in truth so they kept offering things, only for me to politely decline. In the end I just accepted, out of politeness.

I had a coffee on the ground made for me, in a paper cup so I could keep it for take off.

Just after we left I had my personal bar service – not to have champagne seemed churlish. 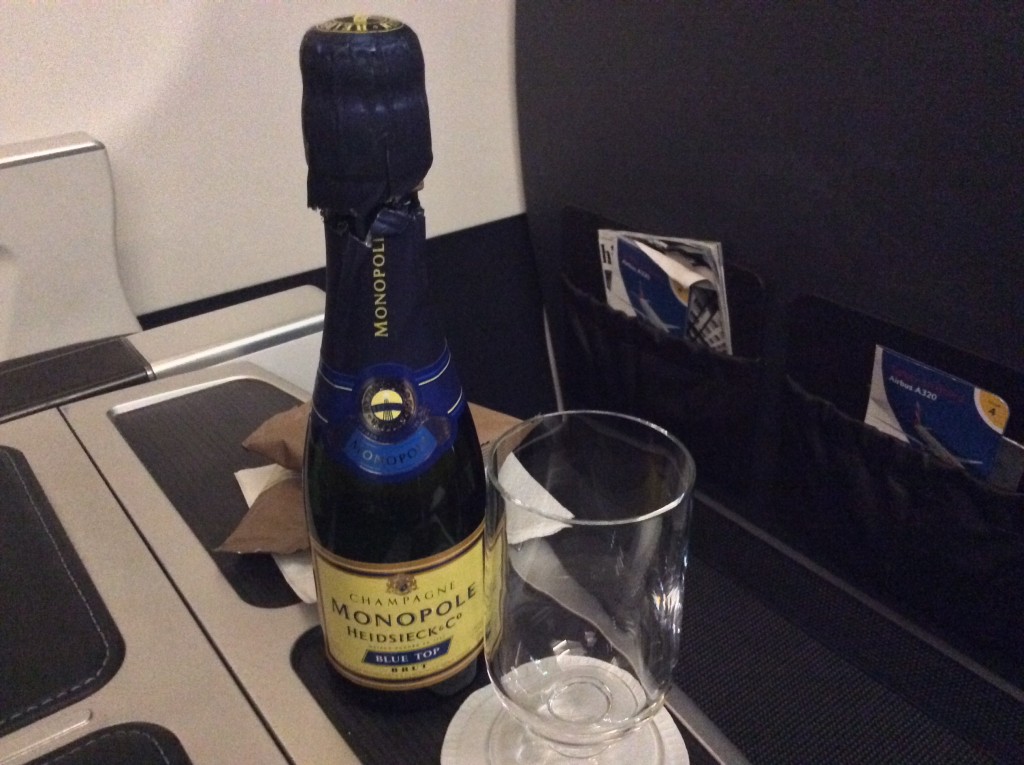 Then was offered, not a choice of meals, but rather an opportunity to choose how many meals I wanted! Somehow they had managed to board a choice even for one passenger. It was chicken skewers or cod. I’m not a fish person and so I went for the chicken. Two skewers turned up as apparently they always pack two in each tray. 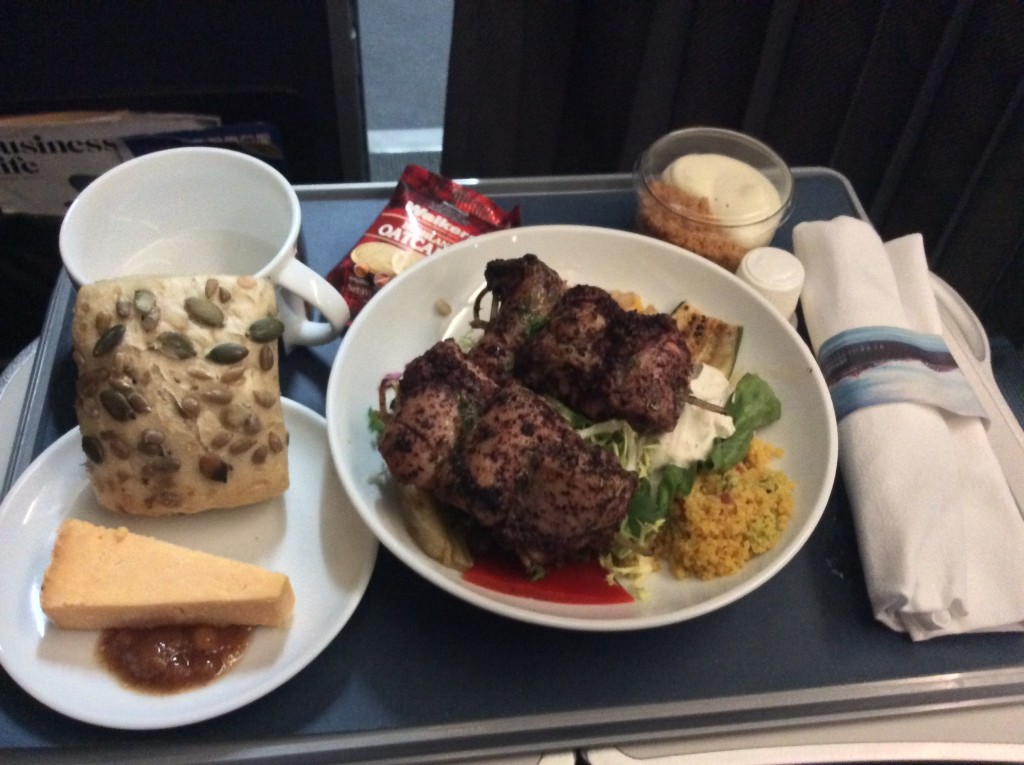 Truthfully I could have a dozen bread rolls as they come in standard sized bags of mixed types, but one was enough.

The meal was good and the cheese plus dessert was a nice touch.

It was truly odd having no other passengers in the cabin. The crew diligently drew the curtains and left me to my own devices, popping back every ten minutes in case I wanted anything else!

We arrived late at Oslo – my first time in Norway – due to very thick fog. So think that I couldn’t see the terminal until we were right at the gate. Thank goodness for automatic landings.

One member of the crew was returning on the same flight as me the next day whilst the other had two nights in Oslo. Whilst I am sure that’s great, Norway is so expensive, it must not be that popular to be stuck at on a two night layover.