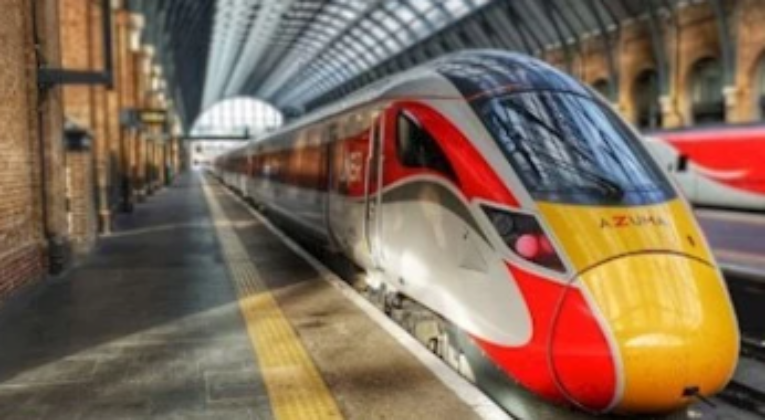 I travel a lot on trains and have found some great ways of saving money over the years, but this is one of my favourites. It does require a little bit of thinking outside the box though.

Many readers will already have heard of ‘split ticketing’ as a way of getting cheaper train tickets. The concept is simple –  when booking, you split your journey into legs, despite actually staying on the same train (in most cases).

For example, it might work out cheaper to book separate tickets (on the same train) from Newcastle to York and from York to London, rather than a single ticket from Newcastle to London. It’s a good way of saving money and there are numerous websites that can help you find the best ways to split your ticket to get the best price.

The tip I want to share today is slightly different. It is a concept that I’ve decided to call ‘Further Fares’, for reasons you’ll hopefully understand in a minute.

Rather than splitting a ticket, you can sometimes save money by booking a ticket beyond where you actually want to go. It’s basically the same idea as ‘skiplagging’ or ‘hidden-city ticketing’ that you might be familiar with from flight deals.

Here is a real life example I benefited from this summer:

The Glasgow to Edinburgh route is typically priced with ScotRail at £16.10 for an Adult Anytime Day Single. Adding on Berwick Upon Tweed to my ticket search instead of Edinburgh, brings up options for not just ScotRail but others such as Cross Country and LNER.

I searched a month ahead and found 3 fares from Glasgow to Berwick Upon Tweed changing at Edinburgh for only £6.40 travelling with ScotRail and LNER –  which is £9.70 cheaper than just the Glasgow-Edinburgh ticket.

Obviously you don’t need to use the Edinburgh to Berwick Upon Tweed portion of the ticket if only travelling as far as Edinburgh, but you might appreciate the flexibility. These fares are available on most days, as long as you are able to book your travel a little in advance. 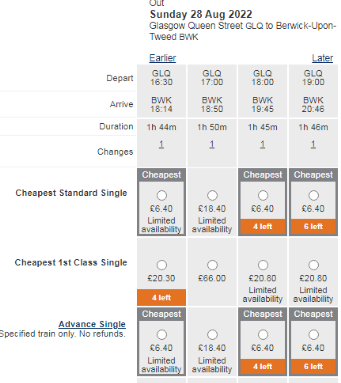 Many similar examples exist and I’m very tempted to start compiling a list, if readers would be interested in that?

If you’re looking for your own examples, my advice is that the origin and/or final destination is rarely a major city and you usually want something that involves multiple train companies and/or a change of trains.

If you find any similar deals that you would like to share, please let us know by posting in the comments below.