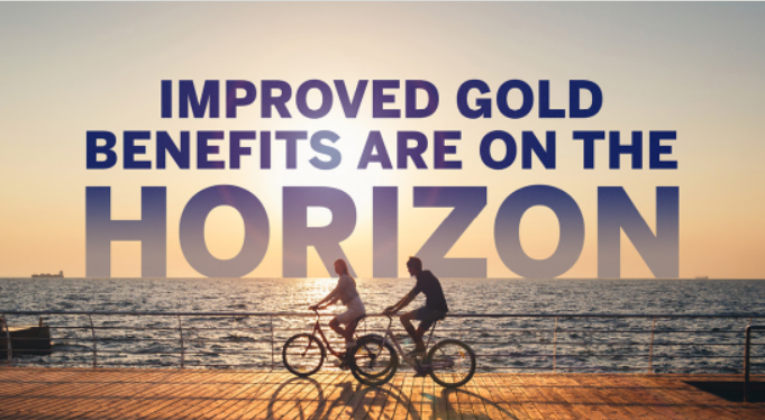 “From 12 October 2022, your Gold Card is getting even better – keep a look out for a communication from us giving you all of the details of your improved benefits.

We’ve selected just a few of the new benefits below to give you a taste of what’s to come!”

The two main (broadly) positive changes announced so far are:

1. Four airport lounge visits per year, rather than the current two.

This adds flexibility for lower and higher spenders, but it’s worth pointing out that cardholders who spend £15,000-£19,999 each year will actually be worse off in future – earning 7,500 bonus points, rather than 10,000. Amex has committed to ensure that nobody will be worse off during the transition year though.

The Amex Gold will remain free in the first year, but the annual fee from year two onwards will be increased from £140 to £160.

For most readers, these changes are a net positive.

Unless you have no use for the extra lounge passes, spend £15,000 to get the 10,000 bonus points and pay the annual fee each year, there isn’t much to grumble at here. (And if you are in that situation, there are likely better value and more lucrative credit card strategies you might wish to consider).

You can read more about the changes announced so far here. It will be interesting to see if something else gets added between now and October, but don’t expect anything dramatic.

What do you think about the changes to the Amex Gold?