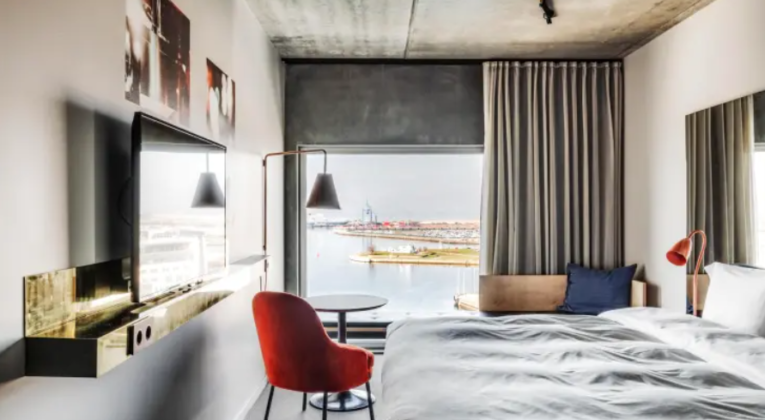 For those of a certain age – or who like to watch 1990s comedies on a streaming service – the old Seinfeld joke still rings true. “You know how to take the reservation… you just don’t know how to hold the reservation!”. Whether it’s a car rental agency without cars or an overbooked flight, it’s hard to remain calm when a confirmed reservation isn’t being hounored.

This problem can also apply to hotels. Occasionally, you might arrive at your hotel, only to find that it doesn’t have any rooms available for that night. The major hotel chains tend to have rules to protect guests in the event of being “walked” to a different hotel for the night. Often that involves your hotel stay being “comped” with any transportation costs being covered as well.

But what happens if a hotel contacts you weeks or months in advance of your stay, telling you that they will not be able to honour your reservation? Perhaps it is a brand new hotel whose opening will be delayed. Or maybe the hotel was closed for a time during the pandemic and started accepting reservations to determine whether it would make sense to re-open.

When Paying a Cash Rate

When you have booked a cash rate, you have very little recourse. If you prepaid some or all of your stay, you are entitled to a full and prompt refund. But if you have booked a very attractive rate that you would like to retain (and/or alternative hotels are fully booked), you are out of luck.

As many readers will know, most hotels that are branded as a Hilton Garden Inn or a JW Marriott (etc, etc) are not actually owned by the eponymous hotel chain. Instead, the hotels are owned and operated by somebody else, under a detailed franchise agreement.

IF, and ONLY IF, the actual hotel owner / franchisee happens to own other hotels in the vicinity, then they might offer to move you to another hotel and honour your booked rate…

But there are dozens of Hilton or Marriott options in New York City… you might wonder. Unfortunately that is irrelevant, because very few of them will be owned by the same franchisee. The major hotel chains are unable to impose a lower room rate on a franchised hotel. And they are almost always unwilling to make up the difference (between your booked rate and the one you’d be forced to pay elsewhere).

So if your hotel gives you plenty of advance warning that they won’t honour your reservation, the only thing you can realistically do is accept the cancellation and make your own alternative arrangements.

When Paying with Points

Oddly enough, you might enjoy a bit more success if you booked your hotel using points. This might require a high level of elite status with the loyalty programme and/or substantial effort to find a sympathetic customer service agent.

But because the hotel chain’s loyalty programme is responsible for reimbursing the hotel owner for your award stay, they might be willing to honour your 40,000 point per night price at a hotel that would otherwise charge 50,000 points per night.  This simply involves some internal accounting adjustments for the points programme, rather than forcing a hotel to honour a certain rate.

Alternatively, a good customer service agent would be able to issue some goodwill points that make up the difference between your original booking and the new one you would be making (at the more expensive hotel).

Either way, you might be able to move your reservation to a different hotel, while still enjoying the lower “points price”.

How to Avoid These Issues

Some hotel closures happen at short notice… A water pipe bursts or staff go on strike. There isn’t much you can do to protect against such risks, other than to have a good travel insurance policy.

But other closures are a bit more predictable. The best way to guess whether a hotel will actually be open for your stay is to see whether it is open NOW. A brand new hotel (or one being renovated) might not open on time. Or a hotel might be closed due to pandemic restrictions or low demand.

Has this Happened to You?

Has a hotel ever contacted you to cancel your confirmed reservation? What happened? Let us know in the comments section…