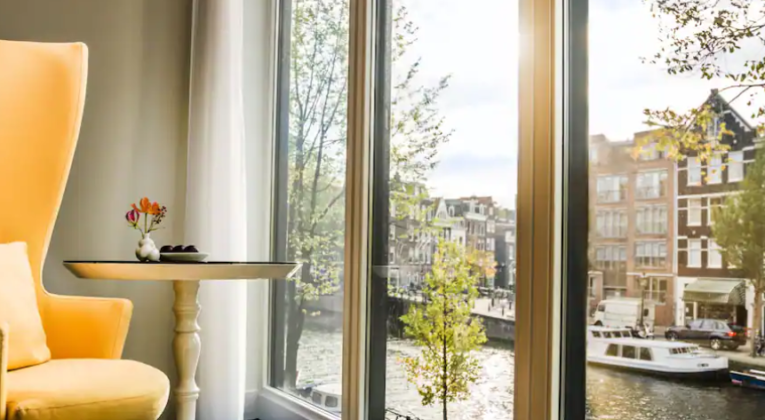 Back in February, Hyatt launched an eye-catching offer to try and get guests in the Europe, Middle East and Africa region, to book stays of at least 29 nights. These ‘Great Relocate Packages’ sounded a bit mad in the dark days of February when travel still seemed a long way off, but the rates were extraordinarily cheap.

What is remarkable is that Hyatt is still offering these amazing rates, even though the pandemic/travel situation here in the UK (and increasingly throughout Europe) has improved massively.

Even better is that you can book dates all the way up until the end of this year – including during the peak Summer Holidays. Although a deposit for 29 nights is required, bookings made under this offer may be cancelled at no charge up to 72 hours before your scheduled arrival.

Excellent – some of these rates are genuinely astonishing. Options throughout most major European cities are available for under £100 per night, and often much lower.

For the following examples, I have selected dates during the Summer Holidays in August –  you might be able to find even better rates at other times of the year.

First, I feel the need to put into context just how good some of these rates are. The cheapest alternative rate at the Andaz in Amsterdam (also a long-stay rate), for example, is nearly 3 times more expensive than the Great Relocate rate:

Also, you’re not limited to just standard rooms. Again, using the Andaz Amsterdam as an example, you could book a Canal View or Terrace room for just ~£20 per night more: 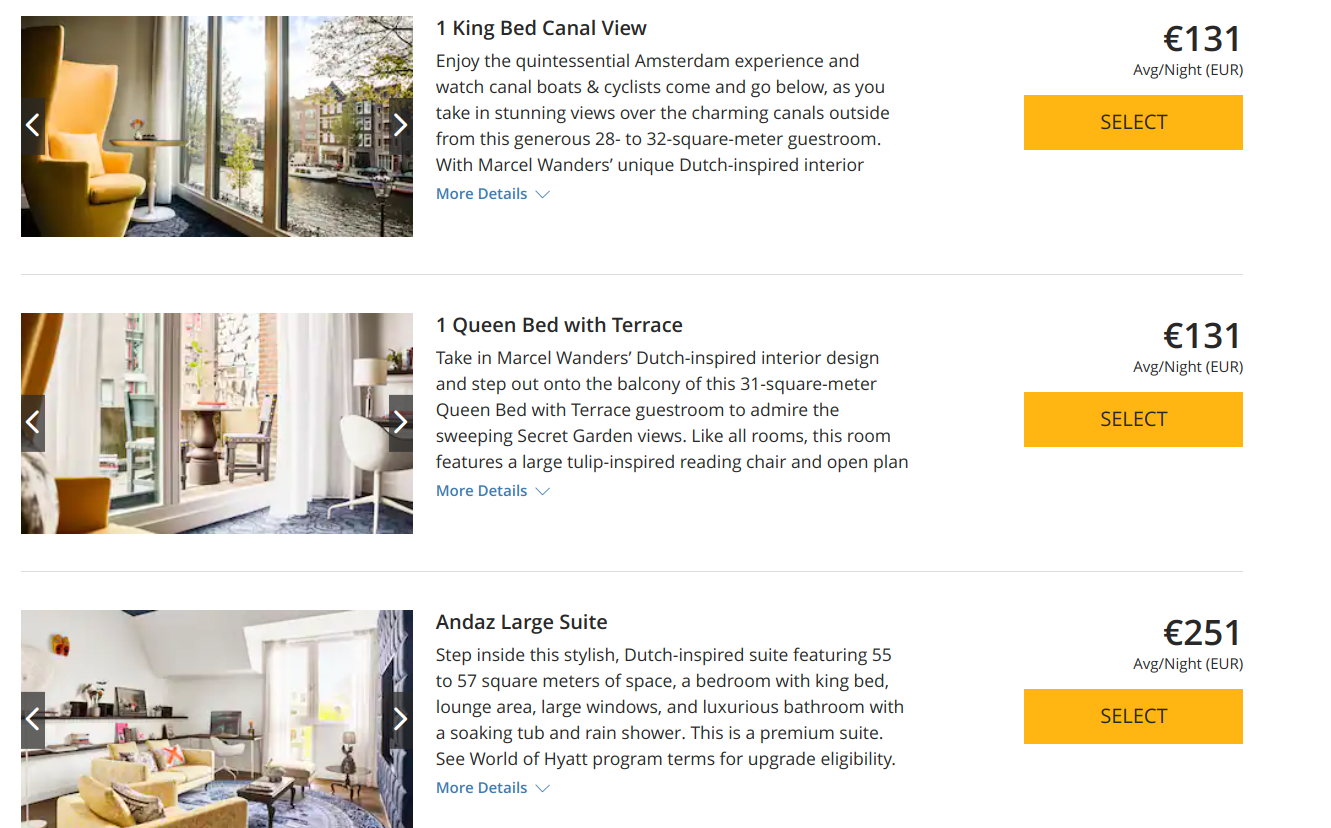 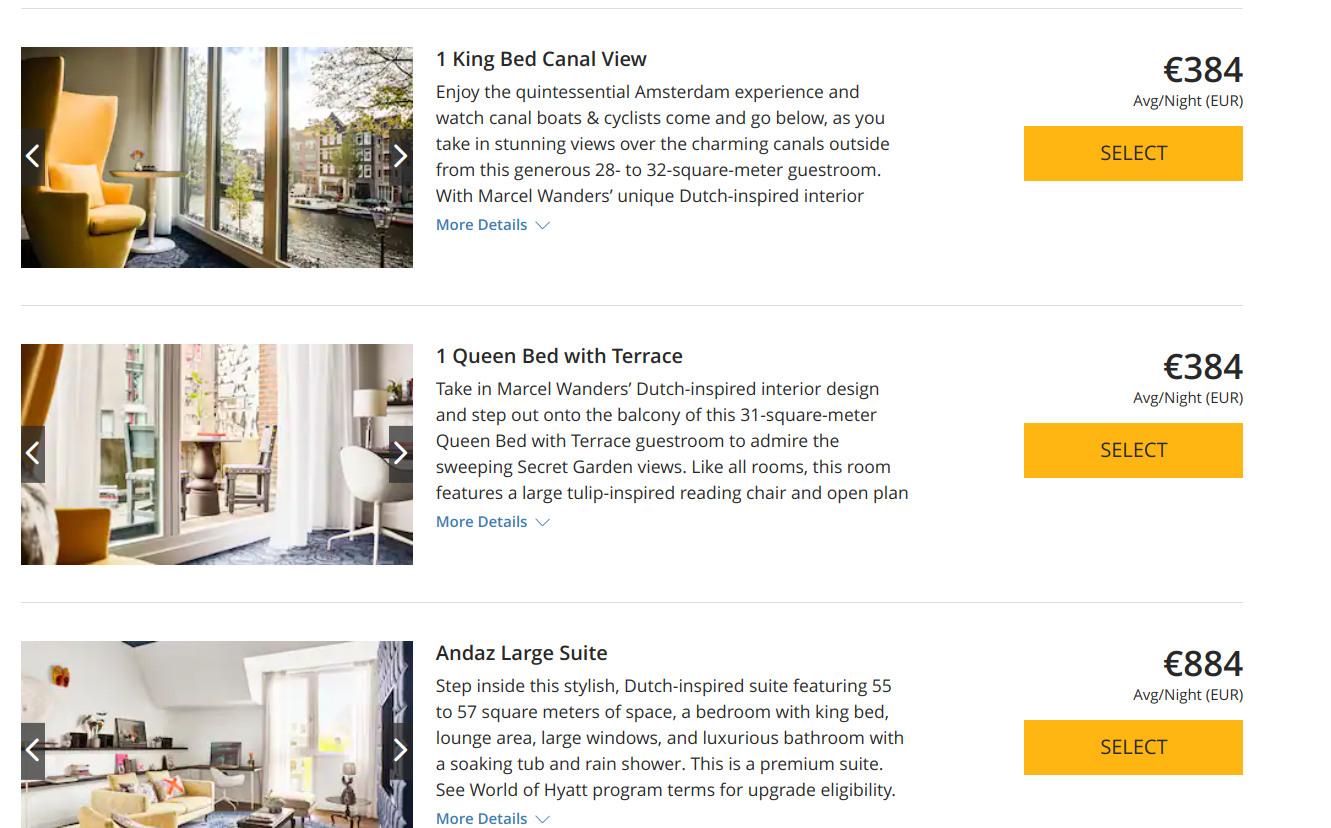 The current Hyatt global promotion ends on 15th June, but they have been quite generous recently and I expect we’ll see something similar over the summer. Between standard points earning, whatever bonus points are available, and the ‘milestone’ benefits you will earn on the way to hitting 30+ nights, you would be unlucky not to receive many £100s back in points and other perks.

In addition, if you have the Hyatt rebate offer on one (or more!) of your Amex cards, you could very easily knock another £100 or more off your final bill.

I actually can’t quite believe that Hyatt is still offering these rates, particularly for peak summer dates.

In the current travel context, long stays tick a lot of boxes. Travel restrictions of some kind are still likely to be in place for many countries, so you might not want to venture too far, and certainly don’t want to book anything that involves a lot of flights or crossing lots of borders.

Airbnb and other self-catering options might be a first choice, but luxury accommodation in major cities can be extremely expensive.

If you have ever idly wondered about spending a summer in Amsterdam, or wanted to get to know great cities like Dublin or London better, this could be an incredible opportunity to actually make it happen.