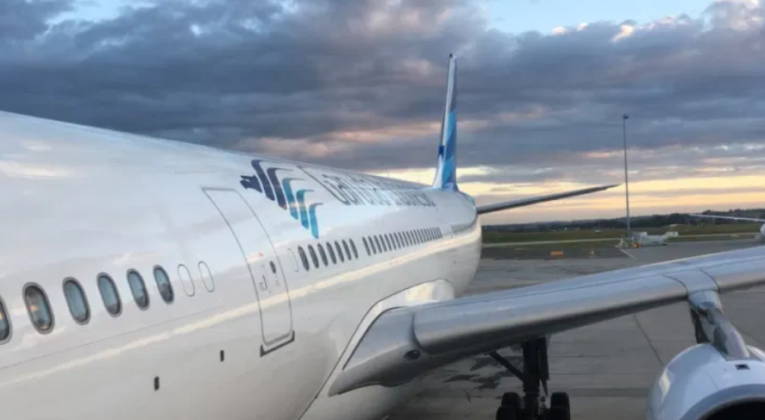 Garuda Indonesia is the national airline of Indonesia. They generally offer a very good product, which has earned them a five-star rating from Skytrax for many years. The airline flies to various destinations worldwide, but for how long? Garuda Indonesia is tremendously affected by the corona pandemic and will likely have to halve its fleet to survive.

Given Indonesia’s size and geography, it isn’t surprising that the airline ordinarily flies dozens of domestic routes. In addition to domestic flights, there are also usually 20+ international destinations. For example, London, Amsterdam, Bangkok, Shanghai and Melbourne.

Due to the current corona pandemic and associated travel restrictions, it is impossible for the airline to operate many flights. Most flights are operated within Indonesia, but even those are at 50% capacity compared to 2019.

Even before the corona pandemic broke out, Garuda Indonesia was not doing very well. The company lacked good management. As a result, many wrong choices have been made – there has been substantial issues with corruption.

Last week, the company’s CEO, Irfan Setiaputra, spoke to his staff to provide an update on the company’s situation. The company total debt is now around $4.9 billion USD and that is increasing by $70 million every month. A major restructuring is therefore required. According to Bloomberg, there has been talk of halving the fleet of in order to survive.

Debts continue to add up – in large part because much of the fleet is leased.

At present, Garuda Indonesia has about 140 aircraft, many of which have already been grounded due to the pandemic and outstanding debts.

Setiaputra is reported as making the following remarks about the possibility of halving the fleet:

“We have to go through a comprehensive restructuring, a total one…We have 142 aircraft and our preliminary calculation on how we see this recovery has been going, we will operate with a number of aircraft no more than 70.”

With only a domestic/regional network, it is difficult to see how Garuda could survive – especially with so many other players active in that market. If Garuda hopes to be a success in the long run, you would think that maintaining a large proportion of its intercontinental network will be important. Whether that’s possible given the scale of the proposed fleet cuts, remains to be seen.

According to Airfleets, the Garuda currently has the following aircraft: