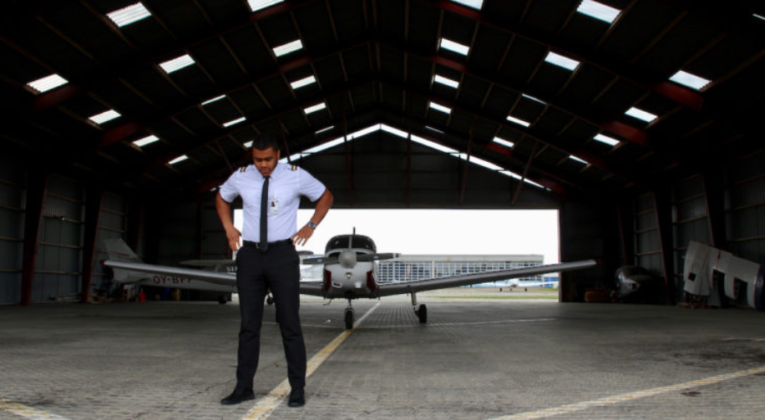 For Daniel, it has long been a dream to become a pilot. A dream that is now coming true. 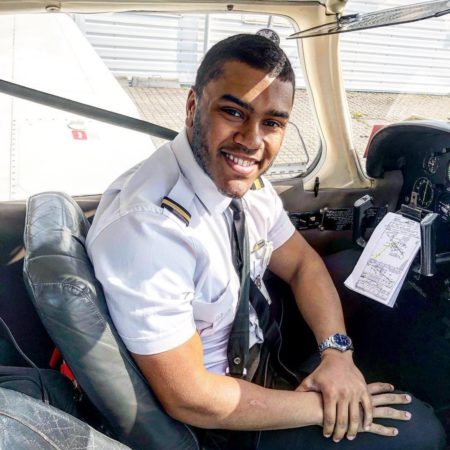 It is 11.30 am when we meet Daniel Juul Kyei-Ofori at Center Air’s training facilities at Roskilde Airport, Denmark. Daniel is in uniform, as he has just finished training for the day in one of the school’s simulators. Daniel offers coffee and suggests that we go into one of the classrooms to talk.

Daniel’s dream of becoming a pilot comes from when he was very small. He remembers the first thoughts about a job in the air beginning to form when he, as a child, played airplanes and ran around with his arms as wings and made engine sounds with his mouth.

Where I really started to get serious though was when I was sitting at an American airport – Omaha, Nebraska. There were wild thunderstorms and you wondered if you would ever get going – and if it was even safe to fly. But when the pilots came walking past, they were completely relaxed, smiling and laughing. I was fascinated by their approach to the situation, and thus became very interested in the pilot profession. 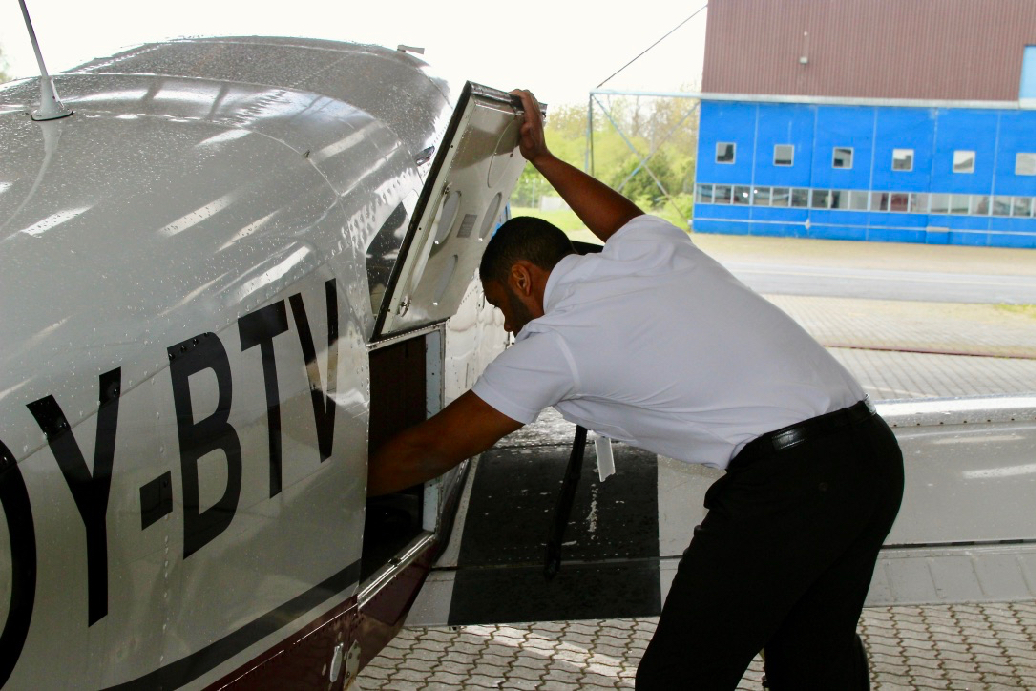 The future can be far away

Daniel is 22 years old and has just 3 months left before graduating as a pilot. The aim is to get a job with a commercial airline, where he could, for example, fly a Boeing 737 with passengers around Europe. However, it does not scare him that it may be necessary to move abroad to get his first job:

I am not bound by family or children here in Denmark, and by age I also feel that it is perfect timing if I had to move abroad. So I would be very willing to move geographically if it became an opportunity and get new experiences and impressions. 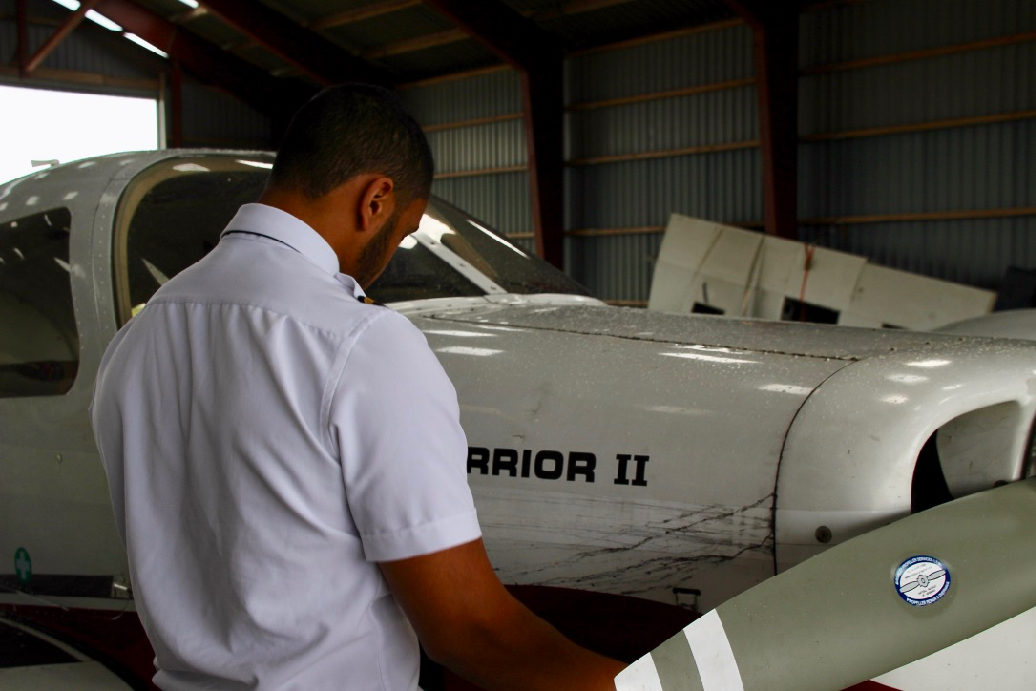 2 years of work, savings and a bank loan

Becoming a pilot is a huge financial investment, as you have to pay for the entire school programme – in Daniel’s case around 700,000 Danish Kroner (~£82,000). Therefore, a bank loan is usually required and for Daniel it was no exception. Before he could even think about applying, he had to work many different jobs, and at all times of the day, to build up savings that supported a loan.

I have worked for Thomas Cook, at a nightclub and in a clothing store. All to save 150,000 Kroner so the bank could see that it was something I was burning for. Both before the training and now, I economise and try to save in every way I can.

If Daniel does not find work readily available after the completion of the training, the loan repayments will still have to be made:

I have to be creative if there is no pilot job for me. I know someone who works with ground handling at Copenhagen Airport, and it could be something I could do until I can find a pilot job. 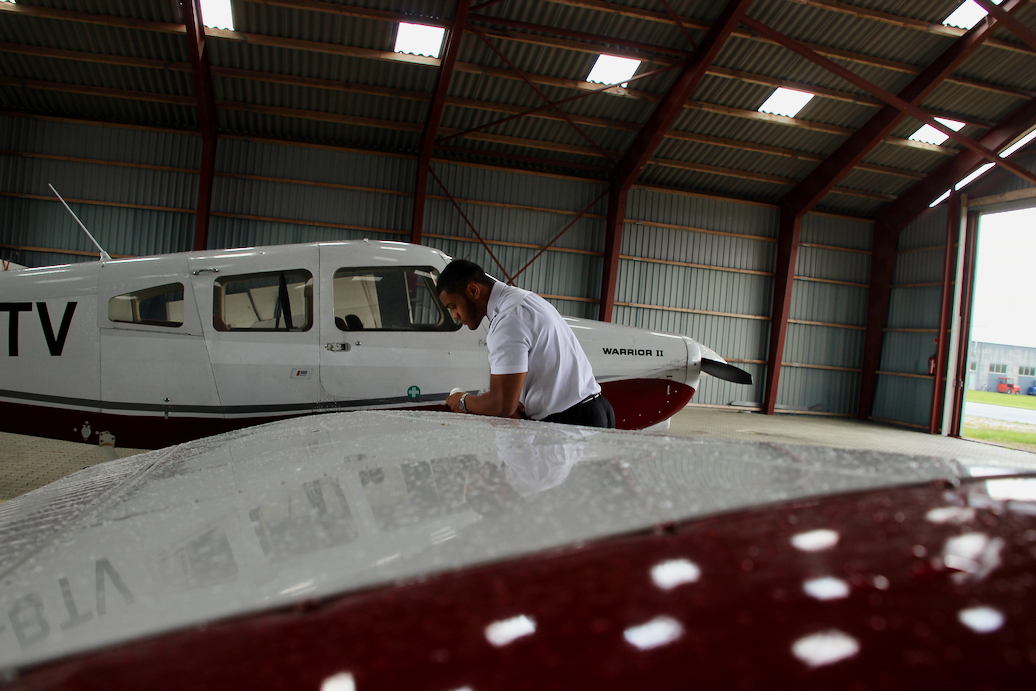 It is important that there is the right “vibe”

When Daniel was choosing a flight school, he visited several different schools and attended their information sessions. It was the “viben” that made him choose Center Air, he says. Feeling comfortable in the learning environment, and with other students as well as teachers.

I would recommend anyone looking for air school to go and feel the environment in the different schools. It is an important prerequisite that you feel comfortable with the school you learn to fly with – the rest comes naturally.

One of the things that made the greatest impression on Daniel at Center Air’s information meeting was the clear structure in the education. He likes to know what is going to happen and when he is expected to have reached the various stages of the education. 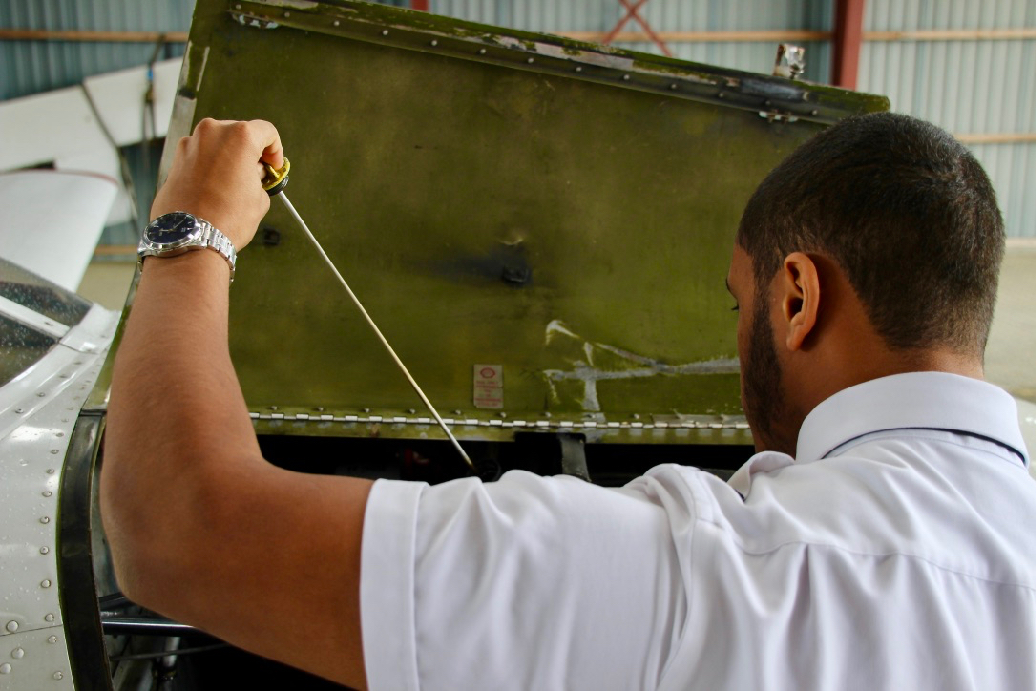 Airlines are recruiting directly from the school

Several airlines recruit pilots immediately after graduating from Center Air. The school collaborates with airlines such as Ryanair, SAS and Norwegian, which Daniel says can help get your foot in the door:

Low-cost carriers in particular employ pilots directly after the training. Then you can improve your skills and get a lot of hours in the book, so you can later be allowed to fly larger and more advanced aircraft by other airlines. You have to see it a bit like a food chain, where companies like SAS or Emirates with big planes and good pay are at the top.

Daniel also emphasises that it is usually only the ‘best of the best’ students that get a job straight after training- even at the low-cost airlines. 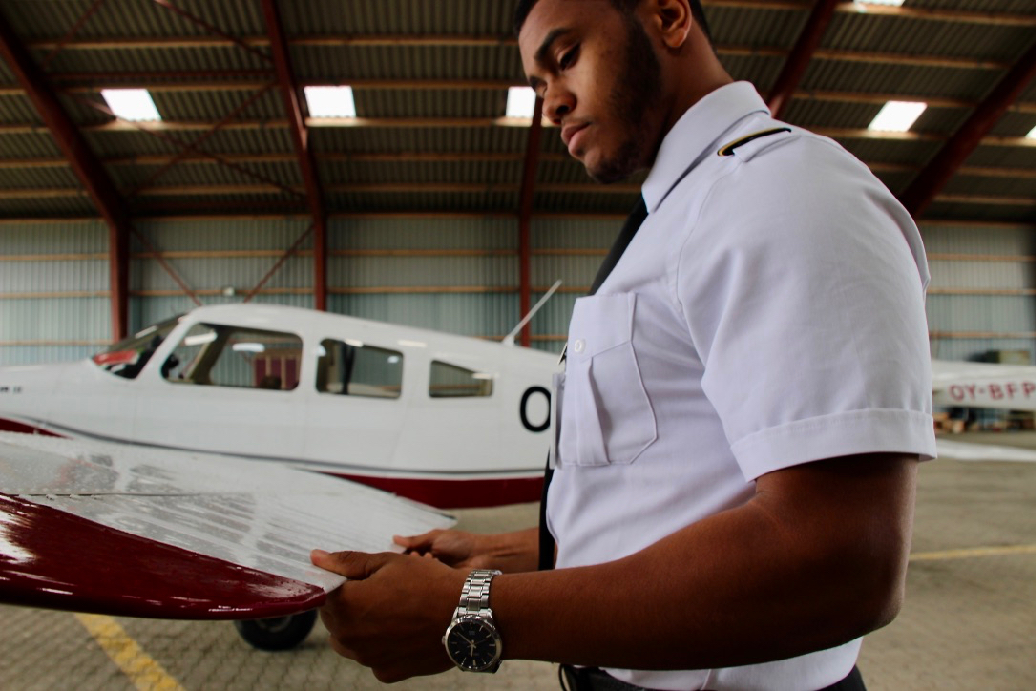 The first Passenger Announcement will be big

For Daniel, the greatest dream is to fly passengers around on vacation and on business trips. He is already looking forward to welcoming passengers onboard for the first time, and flying people safely to their destinations. For the time being, however, he has 3 months of training left… Follow the rest of his journey to become a commercial pilot on Youtube and Instagram.

A version of this article originally appeared on InsideFlyer Denmark