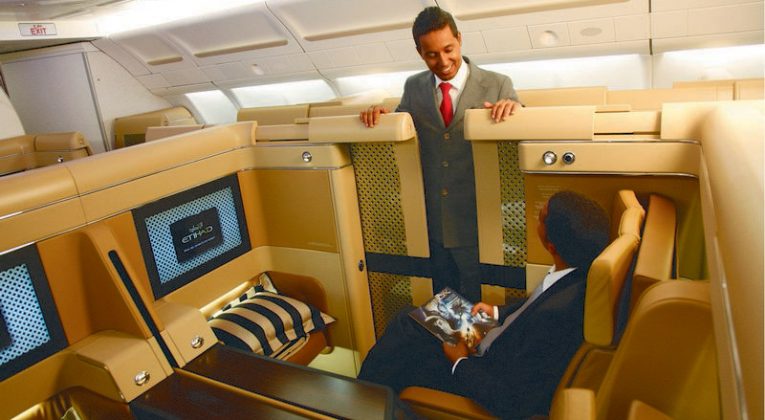 As you are no doubt sick of hearing by now, today is (almost definitely) the last ever chance to get your hands on discounted SPG Starpoints.

I’ve shared some of my favourite Starpoint redemptions over the last week or so, to illustrate why you might wish to take advantage of cheap Starpoints while you still can (articles listed below), but time has run out and there’s still a bunch more I want to mention, so I’ve put together a brief version of them all in this article. The (probably) last ever Starpoint sale ends today, and when you purchase 5,000 or more and you will save 35% compared to the normal price.

Starpoints can be transferred to a large of airline partners at a generous 1:1 rate – with an additional 5,000 Miles bonus when you transfer in blocks of 20,000. For example, if you bought 20,000 Starpoints for ~£340, you could transfer them over to Alaska Mileage Plan and receive 25,000 Alaska Miles. In other words, your cost per Alaska Mile would be ~1.35p per Mile.

1.35p may be expensive for some types of miles, but is a good price other airline currencies like Alaska Mileage Plan Miles.

The process here is almost exactly the same as I discussed in this article here – but the destinations are different and you would be flying with Cathay Pacific rather than JAL.

62,500 Alaska Miles (one way) can get you from South Africa to the USA in Cathay Pacific Business Class, with a stopover for as long as you want in Hong Kong. If you bought the Miles indirectly via the 35% SPG sale, you’d end up paying about £875 including tax/fees. For an extra 7,500 Miles (~£105) you could upgrade the USA-Hong Kong leg to First Class too!

Unfortunately, Cathay doesn’t offer a First Class cabin on the Hong Kong – Johannesburg leg, or that would be included too.

As part of a ’round the world’ trip, a redemption like this could be amazing.

Awesome ‘Backtrack’ Stopovers on trips to the US

Alaska Mileage Plan offers pretty attractive rates from Europe to the US on American  – 22,500 in Economy and 57,500 in Business Class each way. The real magic though comes from Alaska’s generous stopover and routing rules.

To complete your journey, you can then just hop on a cheap Norwegian flight from the East Coast back to the UK, often for under £100!

Moving away from Alaska Mileage Plan, let’s switch our attention to American AAdvantage. AA Miles aren’t as valuable as they used to be, but you can still use them to book Etihad’s incredible A380 Business Class for 42,500 Miles, or the outrageous First Class ‘Apartments’ for 62,500 Miles. At 1.35p per Mile, that’s ~£575 for Business Class one way, or ~£845 for First Class. There aren’t any surcharges when redeeming AA Miles for Etihad flights.

45,000 KrisFlyer Miles for SIA Business Class between Istanbul and Singapore (and the rest of Zones 1, 2 and 3, is a fantastic price. The fact you can connect to pretty much anywhere in South East Asia for free just sweetens the deal even further. Positioning to Istanbul is relatively cheap and easy (8,500-10,000 Avios in Economy if you can’t find a cheap flight).

Even better (though less practical) is the fact that flights between Zones 1-3 and Cape Town/Johannesburg are also just 45,000 Miles in Business. That’s a ~12 hour flight! If you could work it into a big ’round the world’ style trip, that’s an incredible deal! At 1.35p per Mile, you’re looking at about £610. Remember there are no surcharges when redeeming KrisFlyer Miles on Singapore Airlines these days.

To be honest, I would love to write about deals like these ones all day and there’s plenty more I could mention, but I think that’s enough for now!

If you want to buy cheap Starpoints, get them today.

I’ve galloped through these redemptions a bit, so if anything is unclear or you have any questions at all, let me know in the comments!

Bonus: I almost forgot to mention the amazing redemptions you can pull off with United MileagePlus via transferring SPG Starpoints to Marriott Rewards and then through to United (ideally via a Travel Package): https://insideflyer.co.uk/2018/03/united-mileageplus-sweetspots-part-3-advanced-excursionist-tricks/