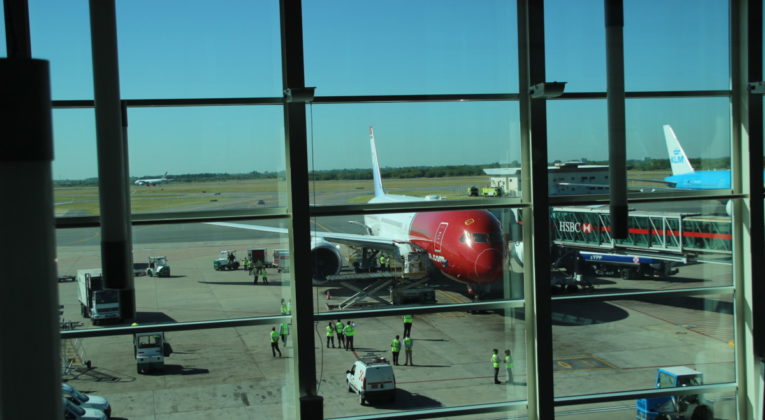 InsideFlyer was onboard Norwegian’s very first flight to South America. The trip was around 14 hours and is therefore the airline’s longest route. This was also the very first chance to try out the new Premium Class product available on a brand new 787-9, which was flying its first commercial flight.

As it was a special inaugural flight (both the route and the plane), there was plenty of fun to be had before we even boarded, with champagne and cake at the gate, followed by a Tango dance show!

The first departure to Buenos Aires was fully booked, and according to the airline, ticket sales are going pretty well – so maybe we will see more routes between Europe and South America? Routes to São Paulo, Fortaleza and Cuzco would seem logical to add. Interestingly, Norwegian will also be starting domestic flights within Argentina from November, with a fleet of 6 Boeing 737-800 stationed in Buenos Aires, so South America is clearly a market they see opportunities in.

The distance of 11.374 km ticked by without much turbulence, and the passengers were in high spirits despite the length of the flight. The cabin crew were excellent and the pilots seemed genuinely excited about being the pioneers of Norwegian flights to Argentina.

On arrival, the plane was received with celebratory water cannons, while “something just like this” by Coldplay was blasted through the speakers.

We will be reviewing the new Premium cabin soon, so keep an eye out for that!