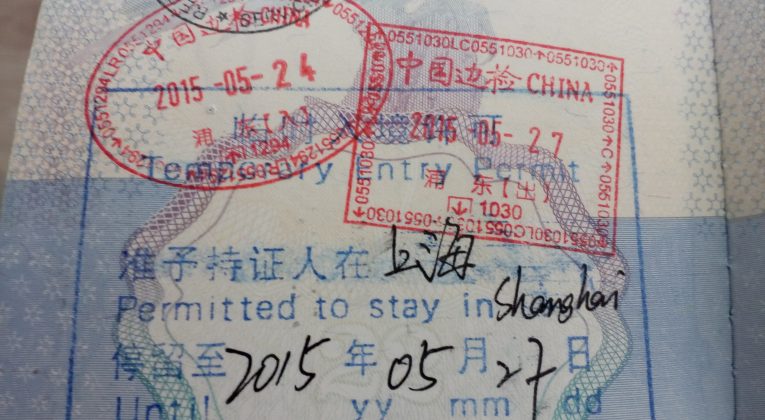 If you have ever thought of visiting China, you might have been put off by the visa application process. I am definitely not a fan of applying in advance for a tourist visa of any kind; I know that many others agree with me. Besides the time and effort involved, the costs can really add up. For example, check out the current visa fee charged by the Chinese embassy in London – £265 if applying by post! And, as far as I know, British citizens can only apply for a maximum one year, multiple-entry visa so it is not even possible to request a 5 or 10-year multiple-entry visa and be done with it…

Luckily, there is a different way of visiting China without requiring a proper tourist visa. This method involves applying for a 72 (or occasionally 144) hour transit visa upon arrival to China.

Eligibility Criteria for a Transit Visa on Arrival

First of all, you need to be travelling on a passport issued by one of 51 countries. These are:

You also need to be arriving by air into one of these Chinese cities.

You must hold a confirmed airplane ticket leaving China to a third country (Hong Kong, Macau and Taiwan are fine, as they are considered to be separate countries despite the obvious inconsistency with the government’s “One China” policy) within the period of your transit visa. It is important to have a print-out of your airplane ticket. It is also crucial to book a direct, non-stop flight to that third country (from wherever you entered China).

Upon arrival to China, you must look out for a sign/desk that will look like this before making your way to the standard passport control desks: 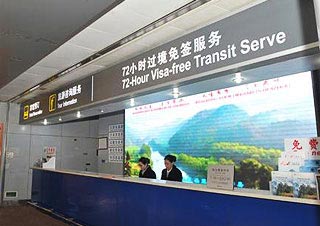 Details to Keep in Mind

When it all works fine, you should end up with an entry stamp that looks like this: 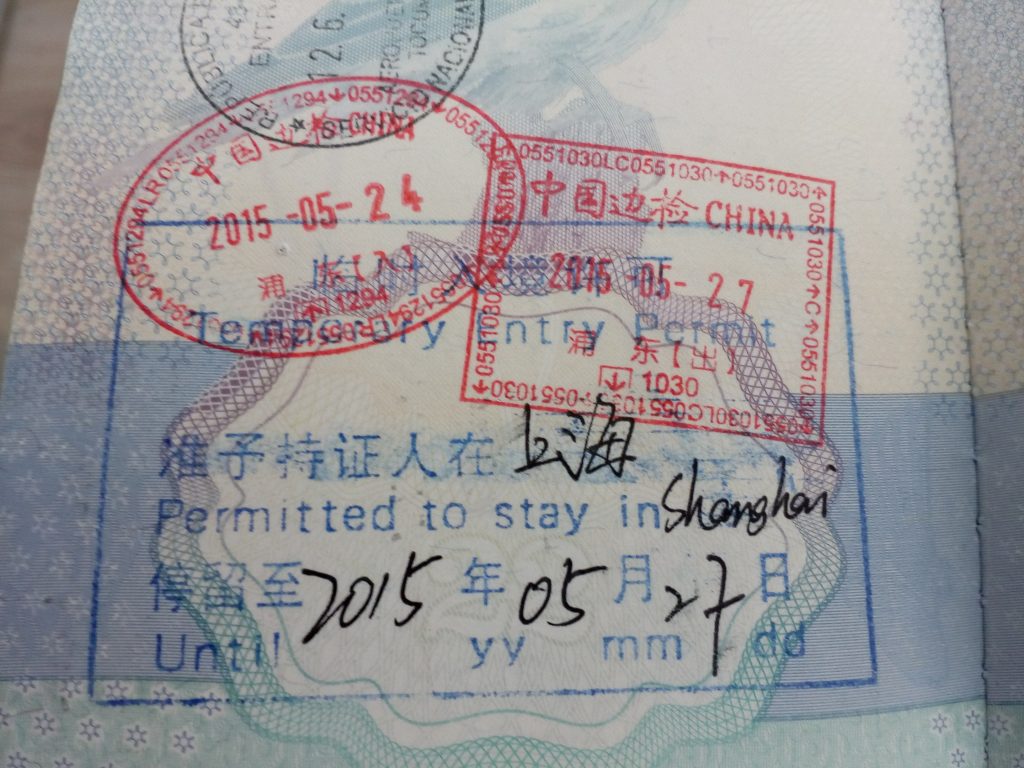 A Couple of Handy Tools

In the interests of clarity, I haven’t outlined a few exceptions to the “can’t leave the region of arrival” rule. You can read about those here on a quasi-official tourism promotion website.

Also, the transit-visa-on-arrival policy is well known around Asia. However, not every check-in agent in Europe or North America is likely to be as familiar with it. If you receive any pushback, ask them (or a manager) to check “Timatic”, the IATA system for checking visa requirements. If you want to arrive to the airport armed with a print-out, I have found two free services that check Timatic for you – just be sure to set your final destination as Hong Kong, Tokyo, Seoul, etc. with a connection in Shanghai, Beijing, etc.

As a final hint, try not to book a return flight to China if you are intending to take advantage of the transit-visa-on-arrival policy. Even though a London to Beijing return ticket and a separate Beijing to Seoul return ticket would allow you to legitimately demonstrate that you are only transiting China, do you really want to spend hours arguing with airline staff who may not look beyond a computer system flashing “check for visa” at them? I didn’t think so…  That’s why I booked two separate one-way flights to/from Shanghai during the recent Valentine’s Day reward offer from Iberia Plus I haven’t quite decided where my final destination will be, but in theory I can stay six days in Shanghai on my way out and another six days on my way back…