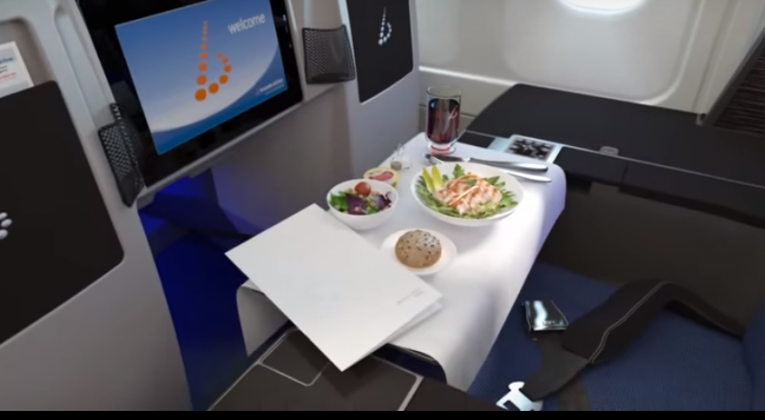 By stacking a few great offers together, you can currently get Return flights in Business Class between Brussels and New York for just 25,100 SPG Starpoints!

Bear with me a bit on this one as there a few elements you need to put together.

There are all sorts of stunning bargains on there, but the best of the best is Brussels to New York in Business Class RETURN for 36,620 Etihad Miles + ~£75.00 in taxes. (Yes, you read that right).

It isn’t possible to book a one-way flight, it has to be a Return.

You need to ring Etihad Guest (0345 6081225) to book Brussels Airlines flights – and be prepared for a bit of a battle. A lot of Etihad Guest agents, frankly, don’t really know what they’re talking about, but if you ring during UK business hours on the above number you should get the team in Manchester who are usually pretty good.

I know first hand that there are people there who do know how to look for Brussels Airlines award space and book these flights, so it can be done!

As regards finding award space yourself before ringing (usually a good idea), you can use the United Mileage Plus site to get an idea, but do be aware that Etihad Guest availability might not perfectly match what United shows. 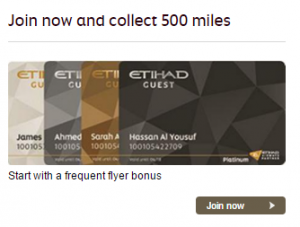 Sign up to Etihad Guest and get 500 Etihad Miles just for signing up (you get the 500 after collecting/transferring in at least 1 Mile).

You therefore need to get the remaining 36,120 Miles from somewhere else.

Until 31st October, Etihad are offering a 20% bonus for transfers from a range of partners, including SPG.

This means that you only need to transfer 25,100 Starpoints in total to end up with the 36,120 Miles that you need (assuming the 500 Miles for signing up post soon after you transfer – if you want to be safe, just transfer another 400 Starpoints on top instead).

25,100 Starpoints + roughly £75.00 in taxes/fees for Return transatlantic Business Class flights – I don’t think it’s an offer that can be beat!

Great, but I don’t have any Starpoints… 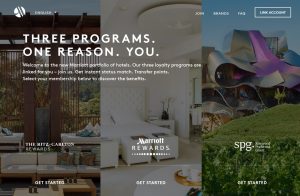 Also, American Express Membership Rewards Points transfer directly to Etihad Guest at a 1:1 rate. They don’t (or at least shouldn’t) attract the 20% bonus, so you would need to transfer the full 36,120 (or 36,620 if you don’t want to wait for the 500 free signup Miles). That’s still an incredible deal though – costing less than half the cheapest alternative transatlantic Business Class route (Aer Lingus from Dublin/Shannon to Boston is 37,500 Avios each way).

Finally, it’s worth noting that Etihad Guest allows up to 8 people in a family account where your Miles are pooled together. This makes saving up substantial amounts of Miles much easier.

Is Brussels Airlines any good?

At these prices who cares! – Brussels is as easy and cheap to get to from most of the UK as London, and it’s only an 8ish hour flight between Brussels and New York – get a grip!

The seats turn into 1.97 metre long lie-flat beds, which should be plenty of room for most people.

Plus, the music in the promotional video is genuinely good, so they get ‘style points’ for that too!