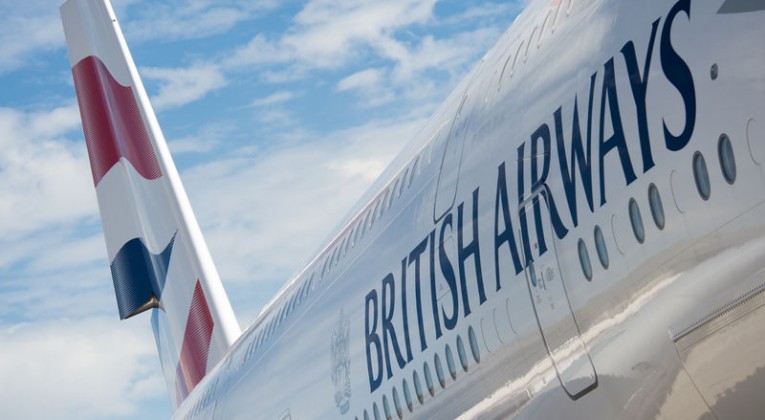 British Airways is offering Winter Break deals from London to visit the Christmas Markets of Europe for as little as £111.00 (advertised) per person, including flights and hotel – based on two adults travelling.

While it was difficult to find any destination with the £111.00 promotional fare with a four-star hotel rating, there is definitely enough great deals to make a quick look worthwhile. 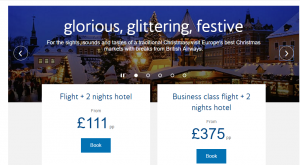 You can enjoy four-star luxury by booking before 11th October for a two-night weekend stay in Berlin at the Grand City Hotel Berlin City East for £152.00 per person, or snag the Diplomat Prague on the weekend of 18-20 November for £166.00 per person.

Flight prices (on any airline) to Prague that weekend are £145.00+, so these are potentially excellent deals – but always shop around to make sure!

Have a little time off during the week?

Weekday fly/stay deals are even better. Fly and stay two nights in Krakow during November or December for £126.00 and £136.00 respectively. 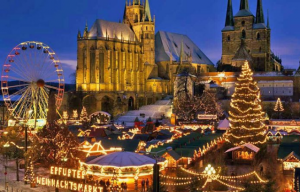 Fancy a five-star experience? The Hilton Strand Hotel in Helsinki can be booked per person for as little as £191.00 in November and £202.00 in December. 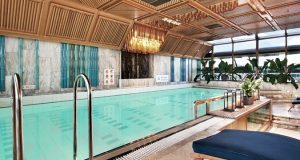 If Salzburg is your destination, fly and stay at the five-star Sacher Salzburg the weekend of 13-14 November for £203.00 per person or the four-star Crowne Plaza Salzburg for £136.00 per person (an extra £134.00 for shopping!).
Other cities in the promotional fares include Budapest, Munich, Reykjavik, and Vienna. 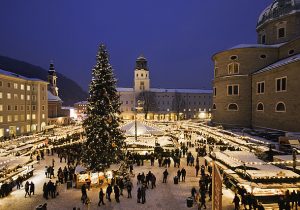 What to look out for

The flights that accompany these deals may be early morning or late in the day, so pay attention to the flight times. There’s usually one alternative time for £0 additional dollars, but otherwise the price can increase dramatically. Also pay close attention to the airports – it’s not unusual to fly out of London Gatwick and return via London Heathrow or vice versa. 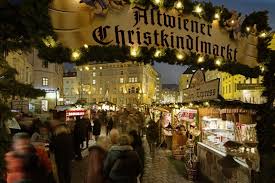 Hotels can vary widely – even if they have a four- or five-star rating. Read the reviews prior to booking to determine which hotel is right for you. Note: Breakfast is not included in many of the deals. 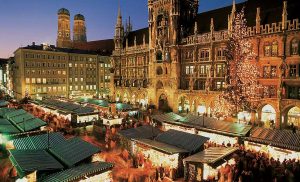 Flexibility is key when booking – but if you’re willing go for what’s available and you can get a sweet deal on a lovely winter break.

A native of Chicago, Madonna Walsh is a writer and communications specialist with more than 20 years of experience. Having lived in Asia, Europe, the Middle East and the U.S., travel is a way of life to her. Travelling well is a passion.

Oh – and she’s a bit of an aerospace buff as well. She worked for one of the world’s largest aircraft manufacturers on their space and defence programmes (think C-17s, Chinooks, V-22s – and the Space Shuttle). She likes seats over the center wing box, hates single aisle planes for overseas flights and prefers the upper deck of a 747 above all else.