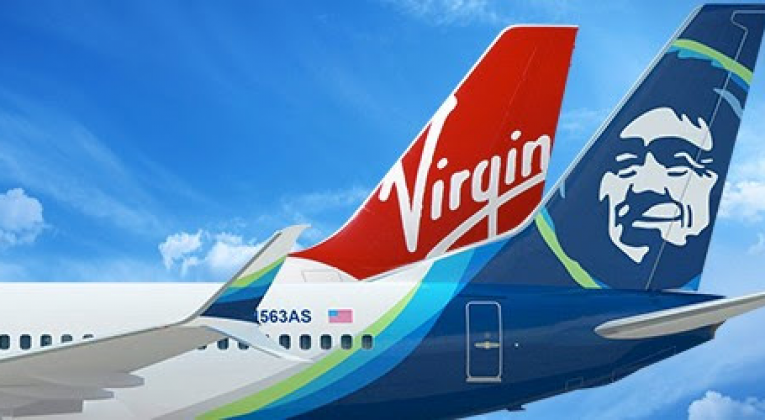 On 4 April 2016, Alaska Air and Virgin America formally announced their merger. Alaska Air will be buying Virgin America, which will allow it to become a bigger player in the American airline market.

Virgin America was started up as a brand new airline about 9 years ago, while Alaska Air (AS) has a history that goes back way longer. AS started out in the 1930s under the name McGee Airways. They later joined with Star Air Service which made them the biggest airline in Alaska. It was only years after this merger that the airline got rebranded to its current name, Alaska Air.

With the purchase of Virgin America, Alaska Air wants to get a bigger share within the American airline industry and focus mostly on the West Coast of the United States. They want to become the Premium West Coast Airline.

As a result of the merger, Alaska Air will be able to serve a much bigger network within the US, probably not very interesting for us Europeans but it’s an important change in the airline industry.

The cost of Virgin America is in the region of US$2.6 billion, and the main headquarters of the newly merged airline will be in Seattle (US) where Alaska Air is now based. 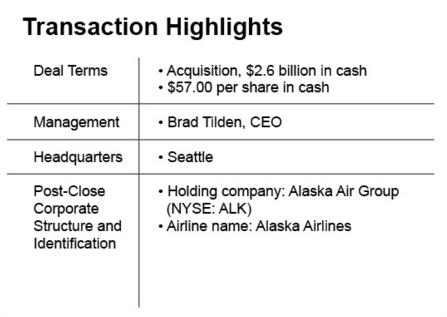 Alaska Air will become a bigger player on the US market, but will it become a major player like American Airlines, Delta Airlines or United Airlines? Only time will tell… Currently Alaska Air is not a member of any alliance but it is partner to some other airlines, like for example American Airlines.

For now the deal has only been announced and it will take a while before it will be completed. Both airlines send out an e-mail to all members of their loyalty programs on Monday 4 April to announce the merger and if you look at the projected planning of the merger you can see that the deal close is only scheduled for 1 January, 2017.

The merger will only be completed by the first quarter of 2018 when the new airline is scheduled to get its single operating certificate to function as one consolidated airline company.