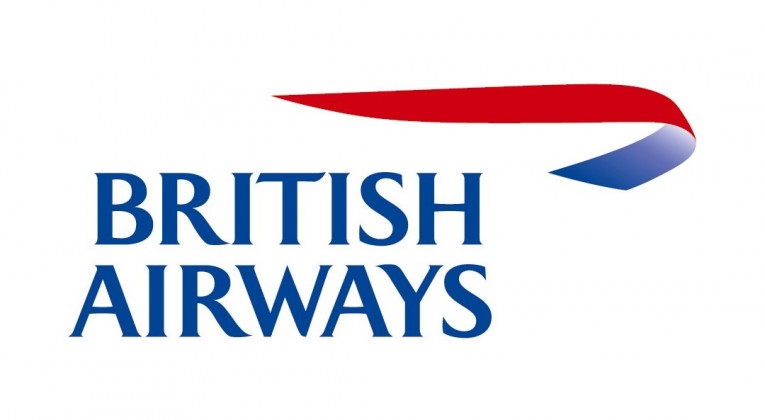 It was pitch black when I left the hotel for the airport to catch my 7am departure to London Heathrow. Arriving at Terminal 1 I was whizzed up the escalator to the departures level. Dublin is popular with Status Runners, people who travel to earn elite status, as there are premium cabin fare sales fairly often, typically to the USA. 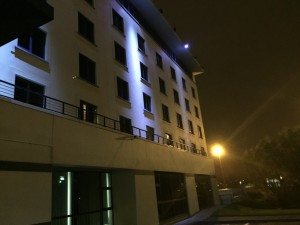 The Fast Track service at DUB is available to BA Club Europe customers and after scanning my boarding pass I was at the machine in five seconds. No one was in line and I was ready to go through. Less than a minute later I was repacked and on the way to the lounge. The staff do sometimes take people from the non-Fast Track line to speed the typically long lines.

There is one shared lounge which is located airside, in the middle of security. It is located on the first floor and access is via stairs or a lift.

I was there just before it opened, but it opened on time and offered the usual range of cold snacks, drinks, cereals, muffins etc. 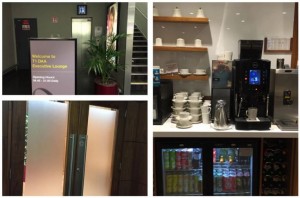 The gates come up pretty early in Dublin, as the aircraft stays overnight, it doesn’t normally change for this flight. We were allocated a gate in the 200 range which means that it’s about a ten minute walk to the gate. I arrived a few minutes before boarding.

The BA baggage sizer was out and being used as staff went through the waiting passengers to attach yellow cabin bag labels to their carry on. This time I wasn’t asked. 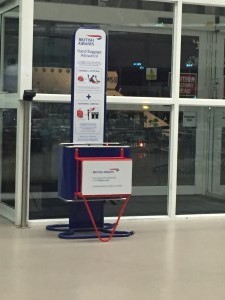 A group of Flyertalkers were at the gate waiting to start their various Tier Point runs.

Boarding started thirty minutes before departure and Club Europe, Gold Exec Club were called at which point I boarded. A short walk across the tarmac and we were at the plane. Steps, of course, were in use from this gate as it has no jet bridge. 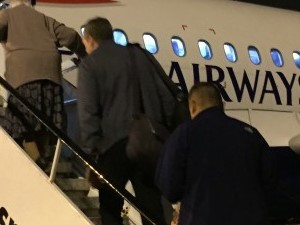 There was plenty of luggage space when I arrived at my seat. Boarding happened fairly quickly but there was a twenty minute delay until we took off. The crew came round with a choice of hot breakfast or a cold meat/cheese selection. The addressed me by name and offered refills of drinks as often as they could during the short flight. 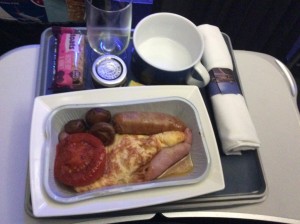 We arrived at the normal gate for flights from Ireland and I showed my boarding pass to get through to connections. Whilst on the ground I had a text message that my JFK flight was delayed, although the connections person knew nothing about this.

All round a good, if short, flight with BA.