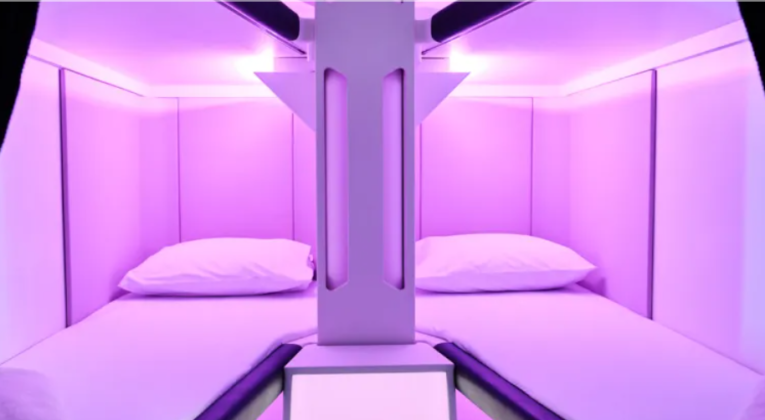 Air New Zealand is updating all cabins and is even introducing a completely new concept in Economy. Six bunk bed style Sleep Pods called a ‘Skynest’ will be installed on its new Dreamliner 787-9s, which should be delivered in 2024.

Air New Zealand is based in Auckland, but also flies from Christchurch and Wellington. The airline currently flies 98 aircraft to about 50 domestic and international destinations.

The company has three travel classes on its long-haul fleet, Economy, Premium Economy and Business Premier (Business Class). Over the past five years, the airline has received feedback from travellers clearly stating that good sleep and space should be an important starting point for cabin improvement. 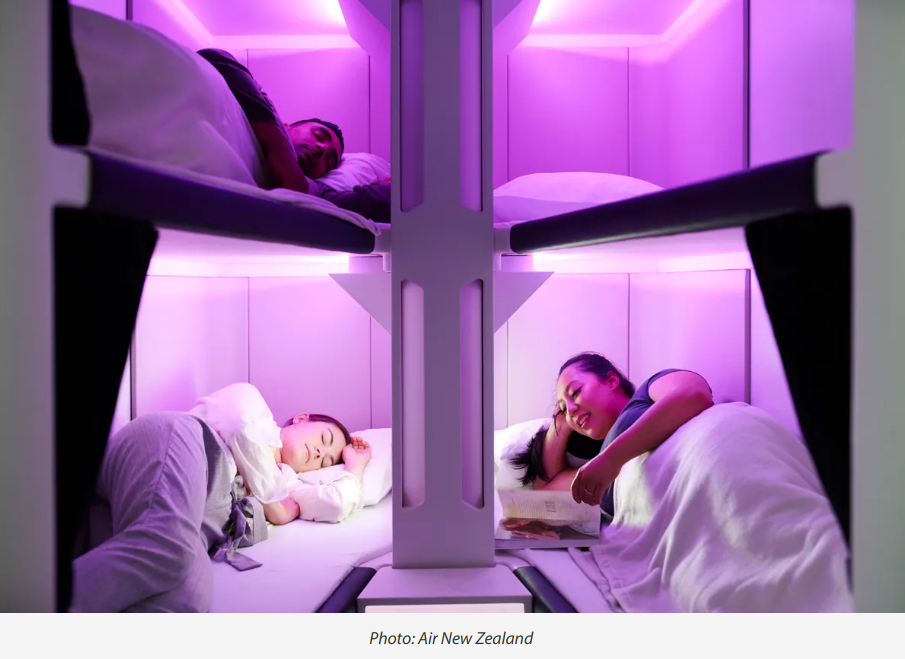 How does the Air New Zealand Sleep Pod work?

The Sleep Pods are very similar to the well-known crew rests. The sleep pod can be ‘rented’ for a four-hour period. Pods will have a mattress and sheets which are changed by cabin crew after each four hour period.

Sleep Pods the Future in Economy?

With more ultra long haul flights planned for the future, airlines are keen to offer comfort and well-being, even in Economy. Obviously sitting on a plane for 17+ hours does not contribute to good health.

But is there a place for Air New Zealand Sleep Pods? No costing has been revealed yet, but if the price is right, I can see this being a hit. 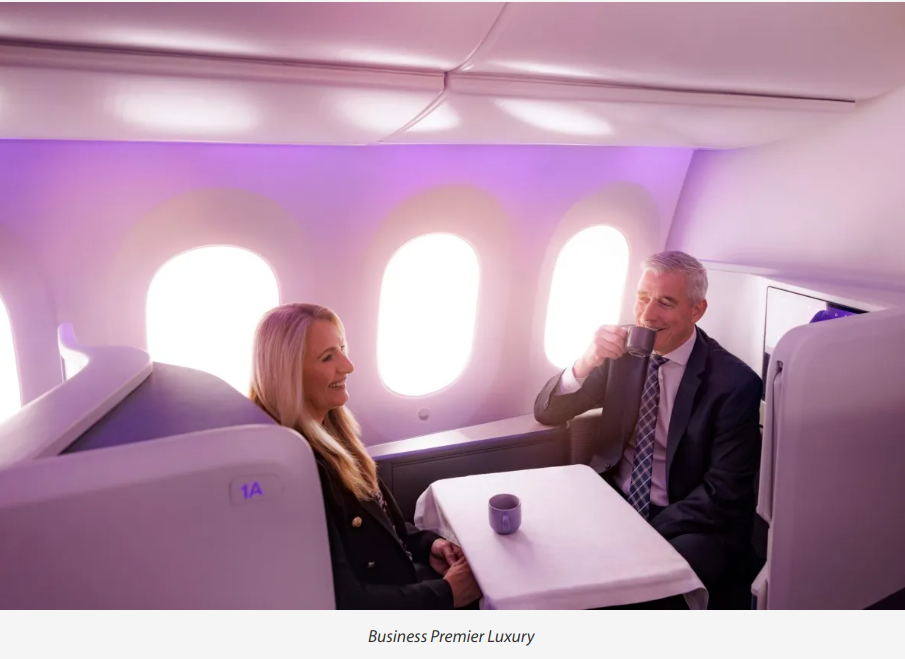 Air New Zealand is also going to add a ‘Sky Pantry’ located between the Premium Economy and Economy cabins. Here there is room for exercise, food and drink.

Business Class passengers can look forward to more spacious cabins, with a door for privacy, and the ability to dine opposite a travel companion.

The Skynest might sound a bit niche, but I can easily imagine handing over a lot of money for the chance to lie down after 10+ hours in Economy.

Would you be tempted to give it a try? – let us know in the comments below.