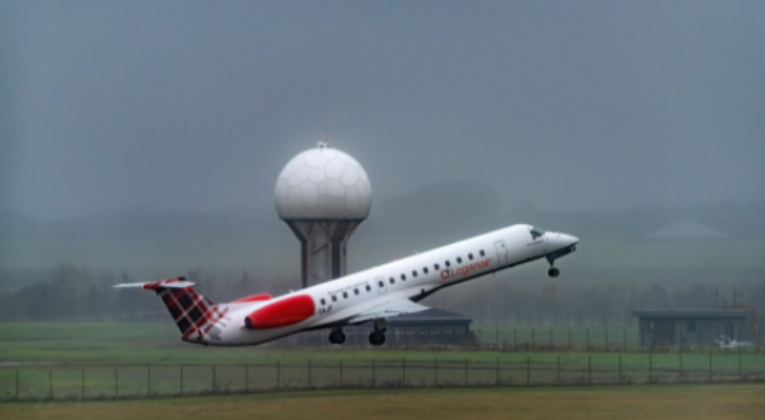 On Monday 8th November, the Scottish carrier Loganair started its new route between Esbjerg in Denmark and Teesside International Airport in the North-East of England (via Aberdeen). During the winter period, the service departs every Monday and Wednesday, but the expectation is that the frequency will increase.

“Even during the Corona shutdown, we felt a need for an air link from Esbjerg to Teesside, partly for the energy sector – wind energy as well as oil and gas – but we also see a perspective for tourism”, says airport manager Susanne Kruse Sørensen.

The Teesside area is known for its historic heavy industry, but the growing energy sector there is of increasing importance.

Esbjerg, in turn, is known as Denmark’s “energy capital” with a world-class energy industrial sector and major projects planned – including the next generation of offshore wind turbines, and ‘Power-to-X’ plants for energy storage/conversion.

Flight captain David Raymond commented during the first ground stop in Esbjerg on Monday that,

“It should be a very good service, especially for the oil industry. With the transit passengers coming through, it should make it much easier for everybody,”

“We already operate a direct service from Aberdeen to Esbjerg on Mondays, Wednesdays and Fridays so it made sense to alter timings where we could to allow this easy connection for passengers south of the border.

“As the UK’s largest regional airline, strengthening our relationships and our customers’ connections with regional airports is so important. Passengers can enjoy multiple benefits from a Scottish stopover compared to a European connection flight and we hope this announcement will be a welcomed one, particularly by the business community.”

A come-back for Esbjerg Airport?

Esbjerg Airport was established in 1971, but has since then seen significant ups and downs. The introduction of a fast train connection to Copenhagen and the later exodus of Ryanair led to a dramatic reduction in passengers. That said, the airport remained Denmark’s largest heliport, serving the oil and gas rigs as well as the offshore wind parks in the North Sea. Currently, the airport has a scheduled service to Stavanger in Norway and the Loganair service to Aberdeen.

“The Loganair route extension is great for our local companies, of which many are international companies. We have a very good cooperation with Loganair. It’s a very nice airline and we hope to extend the cooperation,” concluded airport manager Susanne Kruse Sørensen.

It’s always interesting to see these new routes and to try and understand the reasoning behind them. You might be surprised to learn that Loganair now serves more UK destinations than any other airline: 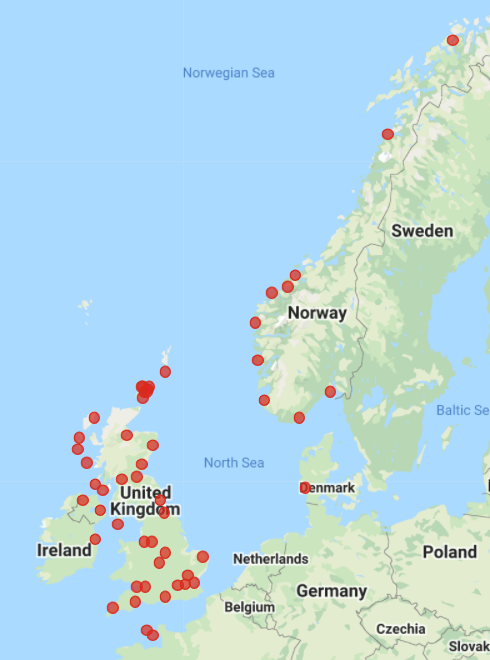 If you’re an aviation geek like me, you might find having a play on the Loganair route map here quite interesting – I bet you didn’t know there were so many routes served (I didn’t)!