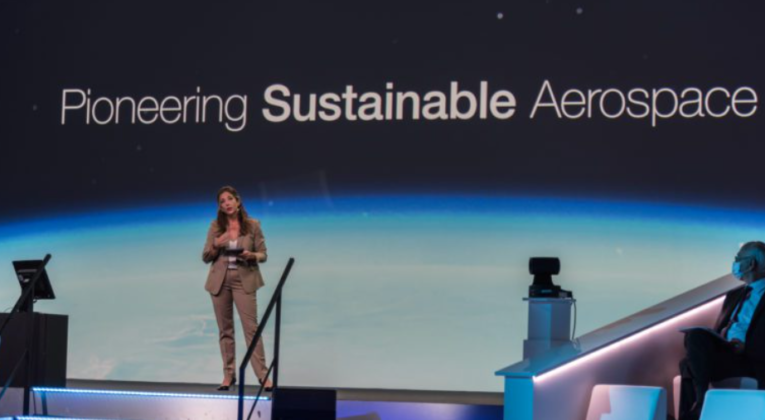 In 2019, Airbus celebrated its 50th anniversary by redefining its role in society by pledging to become a pioneer in sustainable aerospace for a united world. At the 2021 Airbus Summit in Toulouse, the contours of this ambitious goal began to become visible, with a number of sessions on the wide range of topics and challenges in the wake of the industry’s decarbonising efforts.

The meeting brought together aviation experts, managers of airlines and other stakeholders for a two-day meeting to discuss how this industry, of such crucial importance to the world economy, can manage its transition to zero-emission operations.The key technologies that are emerging are electric planes, hybrid engines involving various hydrogen-based technologies and, of course, sustainable aviation fuels.

The conference clearly demonstrated the scope of today’s innovative thinking, but also the likely feasibility of many of these new technologies. In fact, Airbus is committed to producing a hydrogen-powered passenger aircraft by 2035 – but that also means that the (optimistic) timescale is in the order of 10-20 years.

So given the pressing climate challenge and the growing public pressure to act, what can we do now? And how do we deal with the social trend of “flight shame”, rooted in growing public concern? It has meanwhile been mentioned that low-cost carriers in particular play a problematic role in this context. ”Not so,” says Johan Lundgren, easyJet CEO:

”Many people do not fully realise how important air travel is, because they’ve always had it. EasyJet is the embodiment of democratization of air travel, which used to be the privilege of the wealthy. Reducing flights by imposing levies and restricting the movement of peoples’ air travel mobility e.g. by public pressure will only increase social inequality, but not provide the solution to the world’s transportation needs…The solution is clearly to make flying sustainable and keep the huge benefits of air travel.”

In Europe, the long-term goal of realising the Single European Sky is still far from becoming a reality. Here, the problems are not really technological, but rather regulatory, political and organisational.

Lundgren argues: “It’s appalling that we haven’t seen progress in this area”, estimating that a company like easyJet could immediately achieve a saving of 15% in fuel – and thus greenhouse gas emissions – simply by implementing European Single Sky air traffic management. But how to achieve this long coveted goal? “Give Eurocontrol a stronger mandate,” is Lundgren’s answer.

Currently, the technical aspects of the Single European Sky idea are being evaluated by SESAR, a public-private partnership organised as a joint venture with Airbus, Alenia Aermacchi, Eurocontrol, DFS, the European Commission and others. A 2-year demonstration project called Albatross is looking at ways to optimise flight, and the results seem impressive. Laurent Lafontan, Air France Captain and Flight Operations Technical Development SVP, has been heavily involved in this project. Lafontan says:

“Our tests show that if just 1 % of the incoming Air France traffic into Paris Charles de Gaulle could follow optimized flight procedures like continuous descent, we could save 10,000 tonnes of fuel and 3,000 hours of flying time per year.”

Another aspect is the need for fleet renewal. After all, a brand-new Airbus A321Neo is capable of delivering a fuel-efficiency per seat of 2 litres per 100 km.

“Air France is in the middle of a fleet renewal program with A350 and A220 planes. With this measure alone, we reduce our carbon footprint by 25%. However, only 10 % of the aircraft in service today in the world are based on the latest fuel-efficient technologies,” Lafontan points out.

Of course, we must not forget about sustainable aviation fuels. Airlines are testing this option today, albeit with relatively small amounts of biofuel. However, an aircraft such as the new Airbus A350 is already certified to fly on a 50/50 fuel mixture, and Airbus expects approval to operate this type with 100% renewable biofuel. So what is missing? The fuel. Which emphasizes that the green transition in aviation can not be solved by individual actors.

Another area in the fight against global warming is CCS (Carbon Capture and Sequestration), ie. physical removal of CO2 from the atmosphere and underground storage:

“It works, but in the end, hydrogen-based solutions will prevail, so it is a question of whether we should invest heavily in CCS to remove CO2, which with these new technologies will no longer be there,” says Johan Lundgren. “We are going to use hydrogen-based technologies. There are several technological possibilities, and none of them should be ruled out. But what is really needed is a holistic view of how to achieve net-zero emissions. It must involve everyone – aircraft manufacturers, airlines, airports, governments and all the other players in the aviation industry”.

On Tuesday, the first day of the conference, Airbus took the opportunity to announce a new four-seater battery-powered eVTOL rotor aircraft named City Airbus NextGen for flights in urban environments.

It is projected to have a range 80 km and a cruise speed of 120 km/h. A prototype will be ready to fly in 2023, with certification hoped for in 2025. Eventually the aim is to enable self-piloted autonomous flights. This is a new market and Airbus plans to test the waters regarding urban air mobility with partners and pilot activities initially in Paris and Munich.

Claus’ interest in aviation goes back to his early youth, partly as a child airline passenger, partly when he took flying lessons in gliders and single-engine aircraft. In his professional life, he has traveled heavily across the world – especially to and in Europe, the Americas, but also to Asia, Australia and Africa – for year-long periods of time with two international trips per week, earning him elite status with several airlines since 1995. He has lived in Denmark, Germany and England.