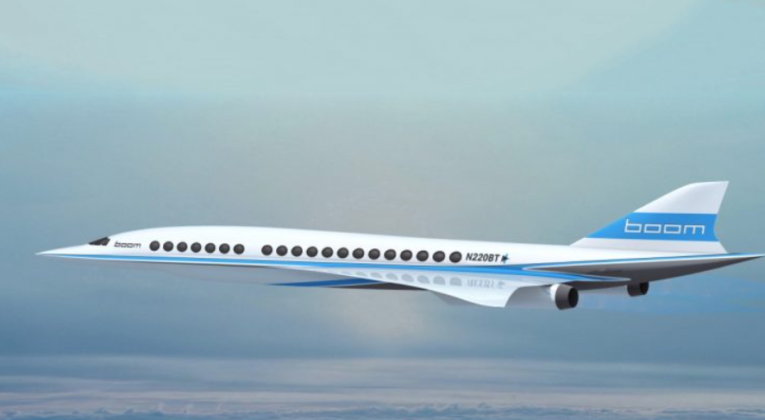 United Airlines recently announced that it has placed an order for up to 50 supersonic planes from BOOM Supersonic. The initial order is for 15 aircraft, with an option to purchase another 35.

If the plane becomes a reality, the idea is that you could fly from London to New York in just 3½ hours, or from San Francisco to Tokyo in just 6 hours.

Here’s a video about the project:

Don’t get too excited…

This is a great PR move for both United and BOOM, but whether we see these aircraft actually carrying passengers commercially is another thing altogether. Passenger flights aren’t anticipated until 2029. To be clear, that is BOOM’s own timeline, and the reality with this sort of project is that things almost always take longer, or don’t happen at all.

Aside from the (substantial) technical and regulatory challenges, the fundamental question is whether there is actually a viable market for supersonic travel. The BOOM ‘Overture’ aircraft that United is interested in, would carry 65-88 passengers in an all-Business Class configuration. Tickets would have to be extremely expensive for that to work.

When discussing the economics of air travel, one important thing to remember is that the aircraft need to operate at a good yield for many years. Another is that there needs to be sufficient scale for maintenance and part replacement, etc, to make sense.

Could you fill up a BOOM Overture between London and New York for a year or two, at sky-high prices? probably yes – between novelty and the uniqueness of that market.

Could you fill up BOOM Overtures on 30 different routes, 10 years after launch? Probably yes, but the fares would have to be much, much lower.

It would be fantastic to see this work out as planned, but it’s difficult to see it happening.

What do you think? – How much more would you be willing to pay to fly on a supersonic aircraft?