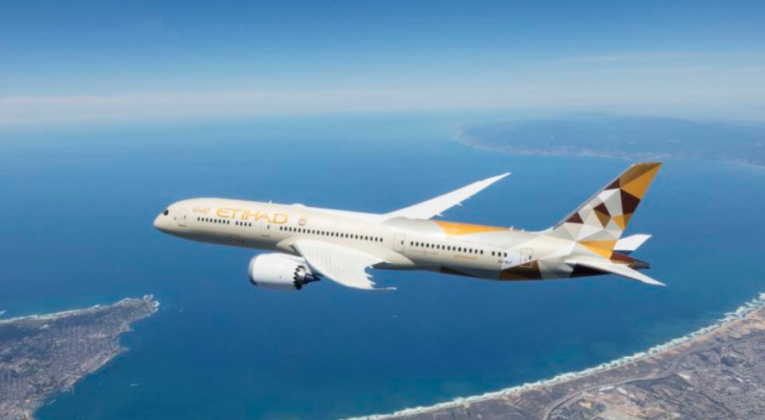 Etihad is currently working with Boeing to develop a more sustainable type of Boeing 787 Dreamliner aircraft. They want to research how adjustments to the aircraft can decrease emissions whilst having the same performance. Noise pollution is also something to tackle. A brand new Etihad B787-10 Dreamliner will be used for several test flights. The efforts under the so-called ‘ecoDemonstrator’ programme intends to help other airlines in the future as well.

The amount of seats of course is related to the configuration of the plane. Etihad operates three classes of travel on board of the 787-9 (including First Class). The 787-10 only offers two classes – Economy and Business Class.

From August, Boeing will work with Etihad on a number of tests using a, yet to be delivered, Dreamliner. Both parties also work with NASA and Safran Loading Systems. One of the tests involves the landing gear, as this may help reduce fuel consumption after takeoff and before landing. Results of the tests and insights in how the Dreamliners can become more sustainable are expected by the end of the year.

Making aircraft more efficient is a win win – it’s better for the environment and also reduces fuel costs for airlines. Hopefully Etihad and Boeing can continue to make progress.