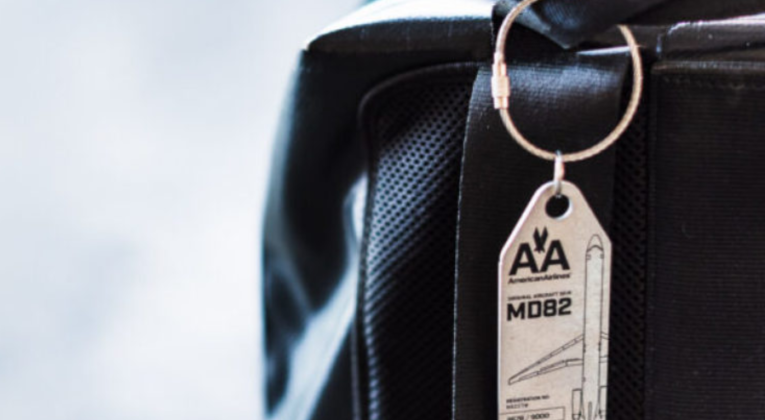 In the eighties and nineties, the MD80 gained cult status at American Airlines. connoisseurs and fans affectionately dubbed it “Mad Dog”. Its other nickname, “Super 80”, was even used in adverts: “Have a super day”, “The Super 80’s are coming!” or “Super 80 for the Eighties” were
the slogans the MD80 embarked on its high-flying career to in the eighties.

Backbone of the American Airlines fleet

At the height of this career, the twinjet with its distinctive rear engines and gleaming aluminium finish was the backbone of all American Airlines short and medium-haul flights. Following the success of the test phase, the airline had ordered 260 “Mad Dogs” in the early 1980s.

At the turn of the millennium, these were joined by another 103 aircraft from the takeover of Trans World Airlines, and from then on, around a third of all versions of this famous plane ever produced flew for American Airlines. From 2003 onwards, the airline slowly but surely sent the planes into their hard-earned retirement. The last passenger flight of an MD80 took to the skies from Dallas/Fort Worth on 4 September 2019 with flight number AA80, flying to Chicago O’Hare.

American Airlines’ MD-80 partially lives on thanks to Aviationtag

However, one of American Airlines’ MD-80s lives on… and you can own a piece.

9,000 unique pieces of a limited Aviationtag edition were made from the fuselage of an MD-80 with the registration N922TW. The edition is officially licensed by American Airlines and, thanks to almost 20 years of retirement under the New Mexico desert sun, comes in a unique retro look.

To make the tags, the aircraft was disassembled and parts of the outer skin were cut at Aviationtag’s very own factory in Cologne, until they could be punched into the distinct Aviationtag® shape. The final step in this upcycling process was precision printing. Each of the strictly
limited-edition Aviationtags features the aircraft type, registration number and edition number. Each Aviationtag may vary from other serial numbers in terms of its thickness/colour/etc and is one of a kind.

The data printed on the tags even allows registered users to be identified. This custom Lost & Found Service provided by Aviationtag has already made it possible to reunite many a lost Aviationtag and attached bunch of keys with their owners.

As an InsideFlyer reader you have the chance to win one of these exclusive Aviationtags. Entering is easy (it only takes 20 seconds!):

Enter to win an Aviationtag now.

The winner will be informed by email within 2 weeks of the end of the competition. You can only take part in the competition once. The transmitted data can be used for InsideFlyer social media and other channels. You can request at any time that your email be deleted from our mailing list. Your data will not be shared with third parties. If for technical reasons your participation is not counted, neither we nor our partners can take responsibility for it. The judges’ decision is final. The competition ends on July 17th, 2020 at 23:59. After that, no more entries will be counted. The competition is in no way related to Facebook or other social media channels. All prizes that have to be sent will only be sent to an address in UK. If the winner does not respond to the winning notification within 7 days, a new winner will be drawn. By participating in this competition, you agree to the terms and conditions.