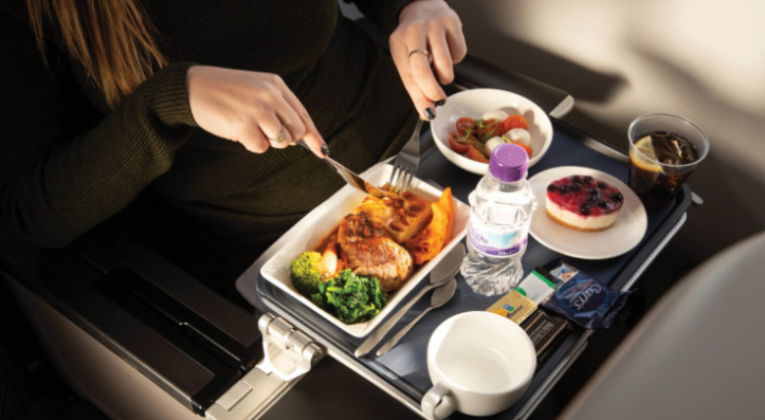 Over the past year, British Airways has invested in its premium products, with Business Class the main focus. Now comes the turn of Premium Economy.

Investment so far been largely targeted at Business Class (Club World), where the soft product has received quite a few improvements. It all started in April 2017 at a press event, which InsideFlyer was invited to.

This week, British Airways announced improvements to its Premium Economy product. A total of 86 long-distance destinations will receive a new and improved menu from the 1st and 2nd February.

This is the first influence that Peter Lawrance has been involved in since his switch from SAS, where he was the man behind many initiatives on the catering front.  Kalix Löjrom , Vintage Champagne , Mikkeller Beer , Morten Heiberg, etc are all things SAS flyers can thank him for. Last year, he switched to British Airways with responsibility for, among other things, the entire Food & Beverage area and thus the catering on board.

Given his track record, we expect more things to come at BA. It certainly wouldn’t be a surprise to see improvements to the drinks – perhaps beer and champagne in particular.

The announcement that came this week detailed the following improvements:

The first menu that starts from February 1 has the following 3 options:

When traveling in British Airways Premium Economy, you can pre-order your choice of main meal up to 24 hours before departure. That way, you are sure that you will get your first choice and help reduce food waste.

What do you think about the changes to Premium Economy?