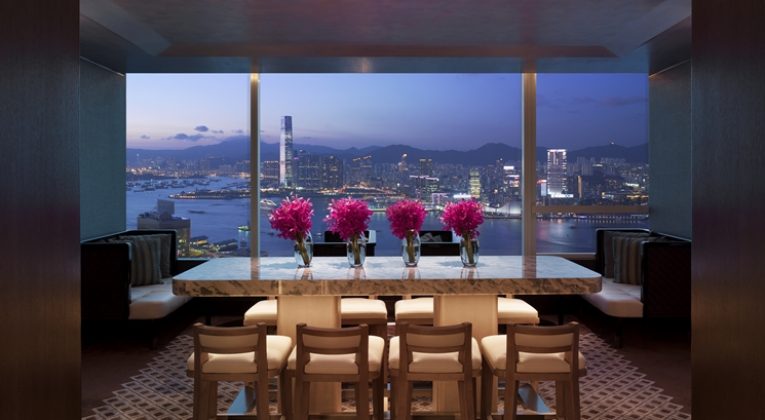 Hong Kong has been a travel hacker’s paradise for a few years now. Besides the fact that the Asian city is a great place to spend a few days, the authorities had – in our opinion – wisely banned fuel surcharges. Even though they rarely impact the “all-in” cost of regular paid tickets for people booking directly from the airline, they distort other elements of the travel industry, ranging from travel agency commissions to corporate discount deals. And, of course, certain airlines – I’m looking at you British Airways and Lufthansa – have decided to charge fuel surcharges on award tickets, simply because they can and very few government authorities have decided to stop them. Hong Kong was one… which made it one of the cities that an astute travel hacker will try to visit. It appears that this will shortly be changing, however. 🙁

The Civil Aviation Department (CAD) today (September 21) announced a new set of price display requirements for the sale of airlines’ air tickets at their direct sales outlets to enhance transparency and enable consumers to make informed choices. Under the new display requirements, airlines will need to provide the final price of air tickets at all times and provide a breakdown of the final price to show all “must pay” elements of the ticket fare in each quotation/transaction at their direct sales outlets. If an airline wishes to levy a passenger fuel surcharge (PFS) as part of the final price, it will be required to clearly show the level levied by the airline as with other “must pay” elements. The above arrangements will take effect from November 1.

“The further review noted that the global trend of deregulating fuel surcharge to enhance competition, as highlighted in the consultancy study, echoed with the progressive liberalisation policy in Hong Kong’s air services regime. It also noted that the fuel cost was part of the operating costs of airlines that had to be recouped in any case, be it as part of the basic ticket fare or as a separately listed surcharge. Individual airlines should be allowed to make their own commercial decisions on whether to levy a fuel surcharge. The key is to encourage competition and to ensure transparency in price display to facilitate consumers in making informed choices,” a spokesman for the CAD said.

“With over 120 airlines serving over 220 destinations at Hong Kong International Airport, Hong Kong has a very competitive airline business. Different kinds of flight services, ranging from premium to budget airlines, enable market forces to keep air ticket prices competitive. The advance of technology, including the availability of price-comparing websites, also enhances consumers’ ability to assess the prices offered by different airlines and in turn enhances competition,” the spokesman added.

With a view to further encouraging competition amongst airlines while at the same time stepping up efforts to help consumers make more informed choices, the CAD will impose a new set of price display requirements for airlines’ air ticket sales at their direct sales outlets. Under the new requirements, all airlines are required to meet the requirements in the display of ticket prices at their direct sales outlets for flights originating from Hong Kong, as follows:

Airlines which comply with the above display requirements may separately list the PFS in the price breakdown, with effect from November 1. That is, all tickets issued on or after November 1 for flights that originate from Hong Kong may include a PFS as determined by individual airlines. For tickets issued before November 1 but for travel after this date, no PFS is payable unless the ticket is reissued due to passenger’s circumstances. Airlines that do not levy PFS are also required to comply with the price display requirements for transparency.

“As at today, the majority of airlines providing passenger services in Hong Kong are already in compliance with the new display requirements. The remaining airlines that are currently enhancing their booking systems to meet the price display requirements are allowed a grace period of six months. Consumers are encouraged to look out for the final price, which includes all “must pay” elements of the tickets during price comparison, and contact airlines for clarification in case of doubt. We will closely monitor the implementation of the new display requirements,” the spokesman said.

With regard to the current time-limited resumption of cargo fuel surcharge (CFS), it will remain in effect until end-2019. From January 1, 2020 individual airlines may, based on their commercial considerations, set CFS at a level based on their own circumstances or choose not to include such a surcharge.

In other words, as long as they don’t promote and publicise £1 fares, with obligatory “taxes and surcharges” to be added later, airlines will now be free to allocate fare components as they wish.

These new rules will come into effect on 1 November, 2018. You should expect that British Airways, Virgin Atlantic, etc. will jump on the opportunity to charge YQ on reward tickets ex-Hong Kong as soon as they can. I am less certain about whether Cathay Pacific will join in, at least not at the outrageous levels of BA and Lufthansa (and to a lesser extent Virgin Atlantic). But of course Cathay were likely to have been intimately involved in the CAD’s study of the matter.

Which means that you’d better start booking any reward flights from Asia that you might have been thinking about!