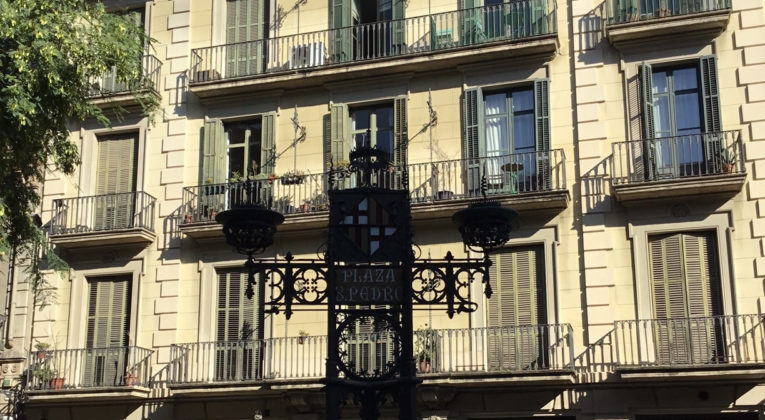 As avid readers of InsiderFlyer will know, a few months ago I had a few nights in Barcelona at a time when most of the major chain hotels in the city were charging silly prices. My solution was to turn a bunch of Tesco Clubcard points into Hotels.com vouchers, getting about 2x value overall.

By popular demand, here’s my review of the 2* Barcelona city-centre hotel I ended up redeeming my Tesco Clubcard points for – Hotel Constanza 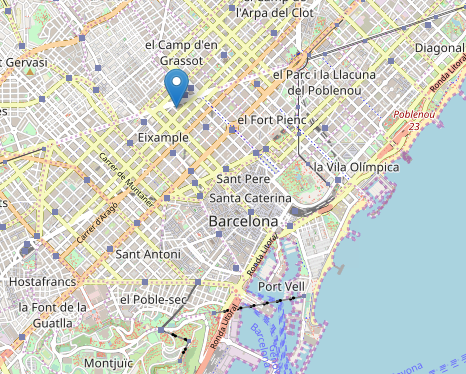 With only a short stay in Barcelona, I wanted something fairly central. Unfortunately, everything decent in the Old City and down by the Port was very expensive during my stay. Instead, I opted for something quite close to Plaça Catalunya, which is where the express bus from the airport runs to. By being further out from Plaça Catalunya, but just inside Avignuda Diagonal, I was near the airport bus but also near most of the tourist sites, without paying over the odds.

Searching through Hotels.com for the first hotel with decent reviews and in my area of interest, not to mention price point, I came across Hotel Constanza. It’s located a 10 minute walk from where the airport bus stops, and under 5 minutes walk from several metro stops. It’s quite easy to walk to many of the main sites in Barcelona from there, so another plus point location-wise. In addition, there’s several little supermarkets / corner shops within a block, plus a bunch of bars / restaurants / cafes, so plenty of places to go to eat or drink. From a location perspective, it’s not the old town, but a pretty solid second choice with most of what you want just there.

Checkin was fast, and easy since I’d pre-paid with Hotels.com using my Tesco Clubcard voucher. Not being a chain hotel, no upgrades nor welcome drinks though… Up to the room (good working lift so no need to lug a suitcase up stairs, as many cheaper Barcelona hotels require), and you immediately see why it’s not a high star-rated hotel. The room is very very “compact”! 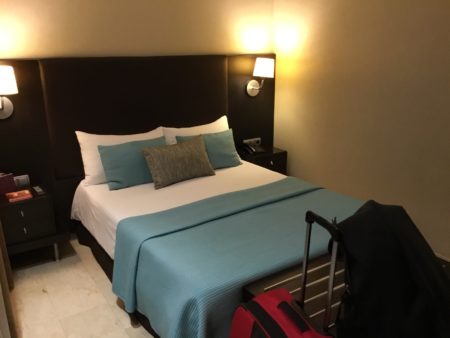 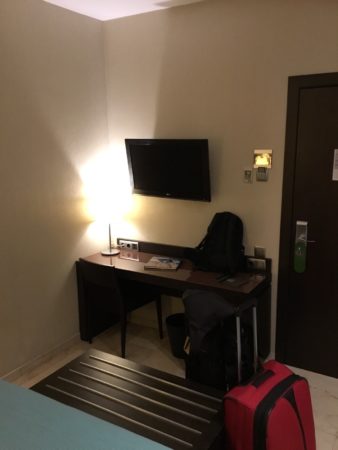 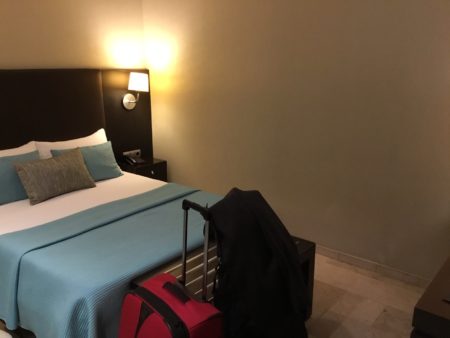 As I was in Barcelona at the start of a 2.5 week trip, I had rather a bit of stuff with me. I just about found space for it all! For one person on a short trip, you’d be fine, as there’s room at the end of the bed for a suitcase, and a small wardrobe. For a couple, or someone on a longer trip with more bags, it’s certainly cozy.

Unlike some other cheaper Barcelona places I’ve tried, the bathroom was decent. Compact, but with everything you’d need, and decent quality. You’re not going to be able to lay out a huge amount of grooming products or makeup in here, and the tub isn’t big enough for a nice-old-soak, but more than enough room for the basics. The shower was warm, had decent water pressure, and the shower screen kept the floor dry. For a 2* hotel, that’s excellent! 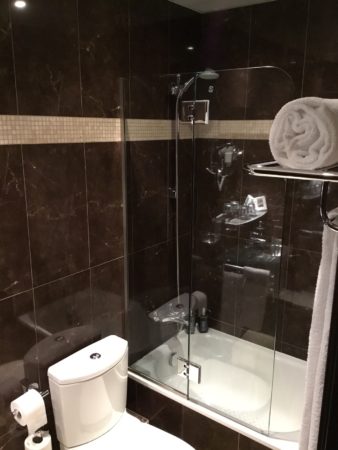 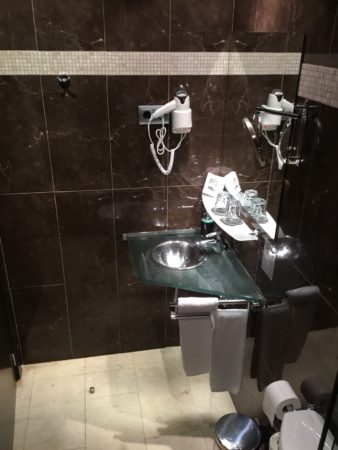 There was also a fair sized desk, an opening window, and air conditioning. There was free wifi, which worked great when I arrived, but really struggled during the evenings. I ended up having to tether my phone to get working internet at night.

Being only a 2* hotel, there wasn’t a lot in the way of hotel amenities. There was a bar on the roof, but that seemed more a summer thing. There were some seats downstairs, but more somewhere to wait for late-running friends, rather than somewhere to pass the evening. Luckily several nearby bars catered for that!

One big snag became apparent late in the evening – noise. Unlike some hotels, and especially nicer new-build hotels, there wasn’t a lot of sound insulation. Whenever anyone let a door slam on the floor, you could hear. Whenever anyone talked in the corridor, you could hear. As such, despite being a fairly heavy sleeper, I was awoken several times each night by noise from elsewhere in the hotel.

On the whole, given a choice between here, or a 4* / 5* chain hotel for €20-€40/night more, I’d pick the chain hotel every time, even if it was a bit further out along Diagonal. However, when this hotel is £120/night, and decent chain hotels are £250+/night, I’d happily return here! Though possibly with earplugs next time…

And as for the whole Tesco Clubcard to Hotels.com credit thing, it remains a decent deal, though with more hoops and not quite as good value as the headline suggests!

When Barcelona hotel prices shoot up, this is a good bet, especially as you can turn Tesco Clubcard points into Hotels.com credit to use here, but be aware of the noise