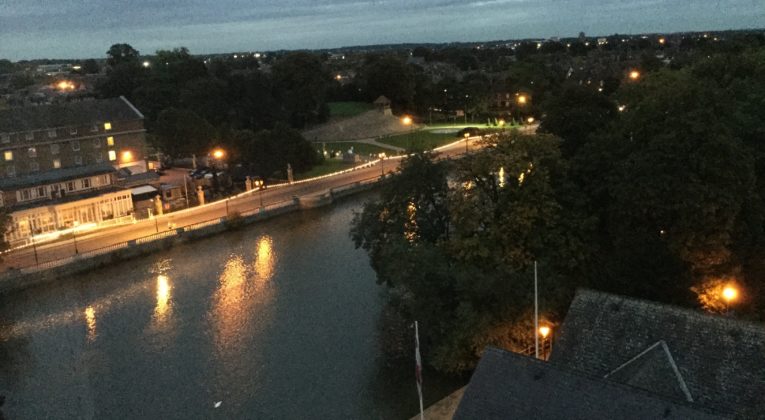 The historic market town of Bedford isn’t always at the top of people’s “must-visit” lists, but it has some pretty parts, is easy to reach from London on the train, and can make a good base for visiting the East of England. Its main chain hotel is the Park Inn Bedford, staying there having the advantage that you can’t see the ugliest building in Bedford as you’re inside it…

Being a Club Carlson property, and given the low rates you can find at times, the Park Inn Bedford can be a good bet too for people looking to take advantage of Club Carlson bonus offers from London. What’s it like though?

Coming from London, it’s a 10-15 minute walk from the station to the hotel. It’s very quick and about a fiver in a taxi, if you’re that way inclined. Otherwise, it’s a bit under 10 minutes walk from the bus station, where the X5 varisity coach from Oxford / Milton Keynes / Cambridge will drop you. You can’t miss the hotel – it’s the huge ugly tower block just over the river… 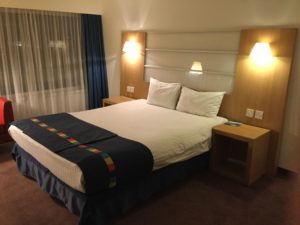 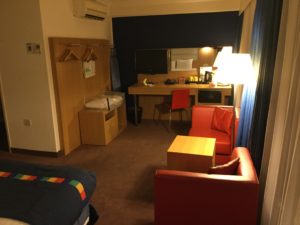 As a Club Carlson Gold, checkin was very fast as my room key was already waiting for me at reception, I just had to sign and drop off the registration form later. I’d been upgraded to a room in the main tower with views over the river – the cheapest rooms tend to look over the carpark behind. Lifts were a little slow, but I was soon in my room.

I believe the cheapest single rooms can be a bit small, but the double rooms in the tower have quite a lot of space, even if they can have an odd shape. Bathrooms are a decent size, but have a very large warning about the need to close the door when showering. From a previous stay, I can sadly confirm that failing to do this will trigger the fire alarm, which wasn’t much fun when another guest ignored the warnings at 6am…. 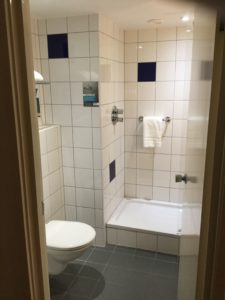 Wifi was free, functional, and moderately fast. The hotel does have a gym in the basement, which not all Park Inn hotels manage, but it wasn’t in the best of shape. Fine for a quick work out, but don’t expect anything amazing or new, and certainly don’t plan on watching any TV while you work out! 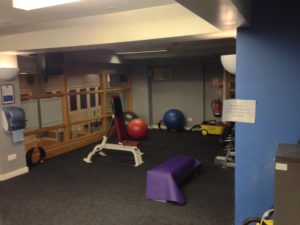 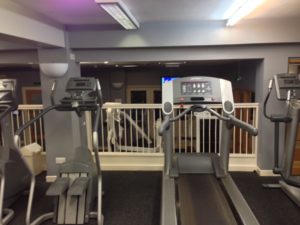 The hotel has a bar overlooking the river near reception, and a restaurant the floor above that’s often open too. Much of the menu feels a bit “average pub”, but there’s the odd interesting thing on it too. You won’t have fine dining experiences, but you won’t starve either! The staff at the bar seemed to be having trouble with most things, so ordering took a while, and my starter got lost, only delivered when I went to ask about it and they said “oh, was the pate for you, we didn’t know who’s it was”! 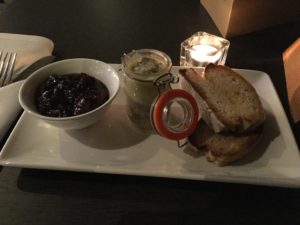 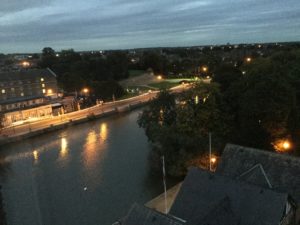 As a Club Carlson Gold, I got a 15% discount on the food and drinks bill, but only by reminding them of this (it wasn’t automatic as in some hotels). There were a few interesting local beers in bottles available at the bar too, not just the boring mass-produced stuff. This was handy, as it took the edge off them loosing my food… Breakfast wasn’t included, and wasn’t offered as a loyalty benefit, so I didn’t try. Sticking my head in, it seemed like a pretty standard mid-range hotel buffet breakfast, albeit with quite restricted hours in the week. Checkout took a while as the staff fought with slow computers and troublesome printers.

The Park Inn Bedford isn’t going to win any awards for architecture or luxury stays, but if you can get a cheap stay here, it’s a solid hotel easily accessibly from London and Cambridge, handy for the area and for some bonus point promotions!

Not far from London, and normally a lot cheaper
Nice views over the river if you get upgraded
OK food and drink

If you're hunting for a cheap Club Carlson stay, or an average-but-solid hotel in the area, it's a good bet