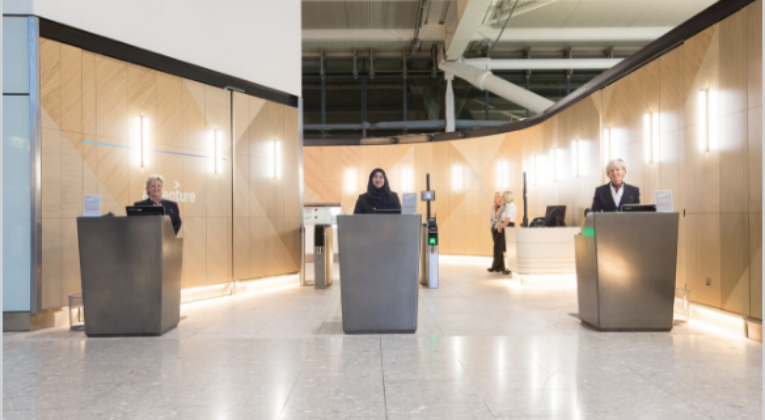 What is ‘The First Wing’?

The British Airways ‘First Wing‘ is the new check-in area for First Class passengers (and Gold status holders) at Heathrow Terminal 5. It includes a dedicated two-lane security channel and direct access to the Galleries First Lounge and Concorde Room for the first time. 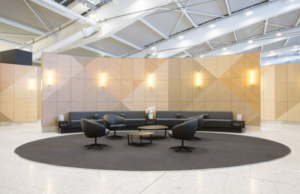 Or as the Press Release puts it:

This is thanks to a specially designed 29-metre long, three metre high, fluted curved wall made up of hundreds of individual pale gold-coloured steel scallop forms to wrap around the enhanced check-in area.

The centre-piece is a chandelier wall – a glass and mirrored feature carrying the British Airways coat of arms, at the entrance to The First Wing, which leads to two entrances; one for Executive Club Gold card and oneworld Emerald members, and one for First customers”.

To be blunt, it’s essentially a corridor. But – a rather nice one that should help make checking-in a more enjoyable experience when flying BA First Class.

As mentioned, there will be a dedicated entrance directly from check-in into the lounge area. This means you get to skip having to go through the shopping areas to get to the Lounges. 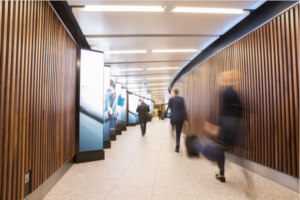 The most significant change has already happened, with the opening of the new Club and First Lounges at Gatwick, following BA’s recent move to the South Terminal. 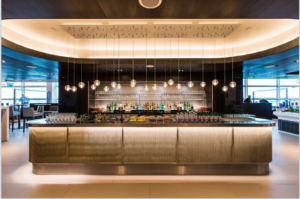 The lounges look good and I’ve heard broadly positive reports so far – let us know what you think in the comments if you’ve already been!

Sticking with the UK, Heathrow’s Terminal 5 lounges will be revamped over the next few years, starting this month with the flagship Concorde Room. The plan is for new furniture and a refreshed look – something that I think most people will agree is sorely needed.

The Manchester and Aberdeen lounges are also due to receive investment in the next couple of years. 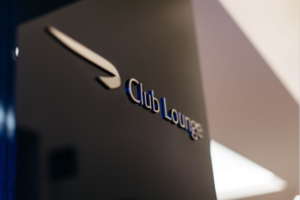 Further afield, the big change is at New York’s JFK Terminal 7, where investment will cover the refurbishing of the First and Club World lounges as well as improvements to the customer experience at check in, security and the boarding gates.

The lounges in Rome, Geneva, San Francisco, Chicago and Johannesburg will be expanded or improved too over the next 4 years.

I think the new Lounge at Boston Logan Airport looks fantastic, so if the plan is to try and create something like that in other parts of the world, great!

Got a favourite BA Lounge? – Let us know in the comments!