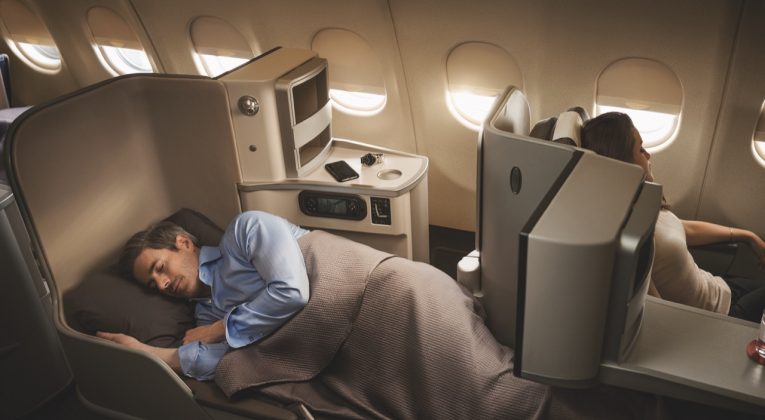 Last month, Joe shared some of his thinking behind a trip to the United States. One of the fun elements of meeting up with fellow travel hackers is the competition that sometimes results; who has managed the more impressive travel hacks! So I thought I would jump in with a similar, yet entirely different, expose of travel hacking in action. For the skeptical, I promise no Ryanair flights here, as I write this report from a luxury suite.

Since I’m usually hanging out near Barcelona whenever I’m not traveling, I needed to get to Madrid. This would be a positioning flight. The route is dominated by Iberia Airlines, with its Air Bridge shuttle. The Air Bridge used to have flights running every 15-30 minutes, but the opening of a high-speed rail line between Madrid and Barcelona has led to a massive decline in air travel between the two cities. Most people obviously prefer a 2.5 hour train ride from city centre to city centre, rather than the aggravation that air travel can be these days. I would probably have done the same, except the metro to Madrid airport is closed for repairs, so I was planning to stay near the airport anyhow.

A significant number of business people still use the Air Bridge shuttle to fly from one city to the other for a meeting, then back home again in the evening. So, the shuttle service still operates. You don’t reserve a specific flight. You just go to the airport and get on the next plane. This flexibility will cost you:

You can book the Air Bridge using Avios however. It works under the same principle. Just show up to the airport and hop on the next flight. However, this is what you will pay as an Iberia Plus reward (return): 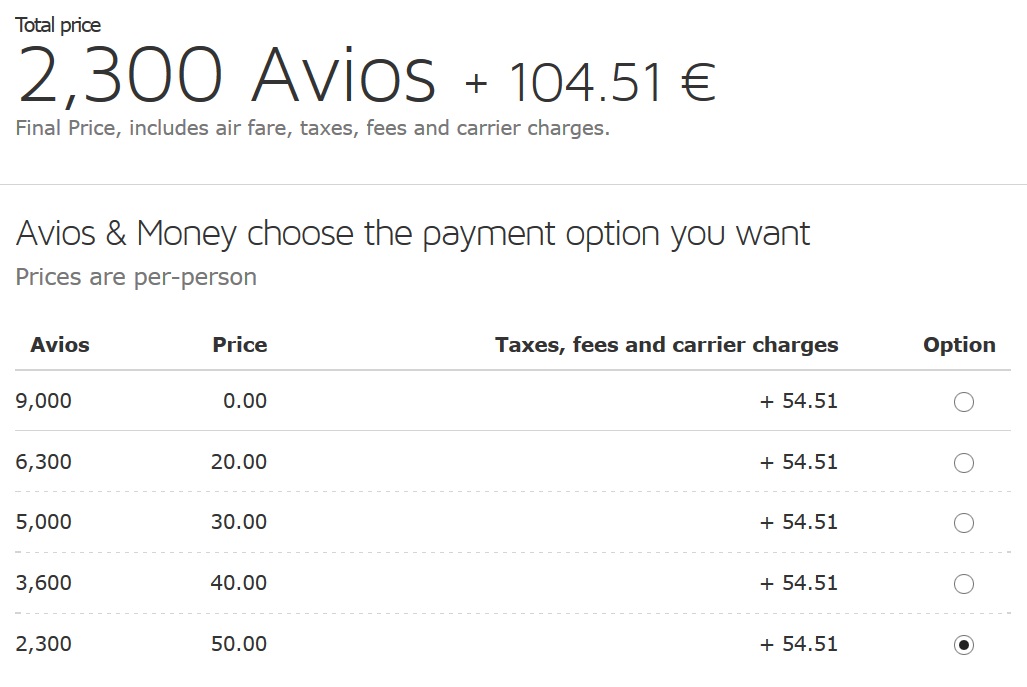 I have no idea why every company’s travel planner doesn’t just buy 2.300 Avios and book a reward. They would save their company at least two-thirds of the price. But alas, there appears to be a convenience or just plain laziness subsidy from Spanish companies to Iberia.

I decided to not take a 80-100 euro train ride and just booked myself a one-way Iberia Plus reward for the Air Bridge. 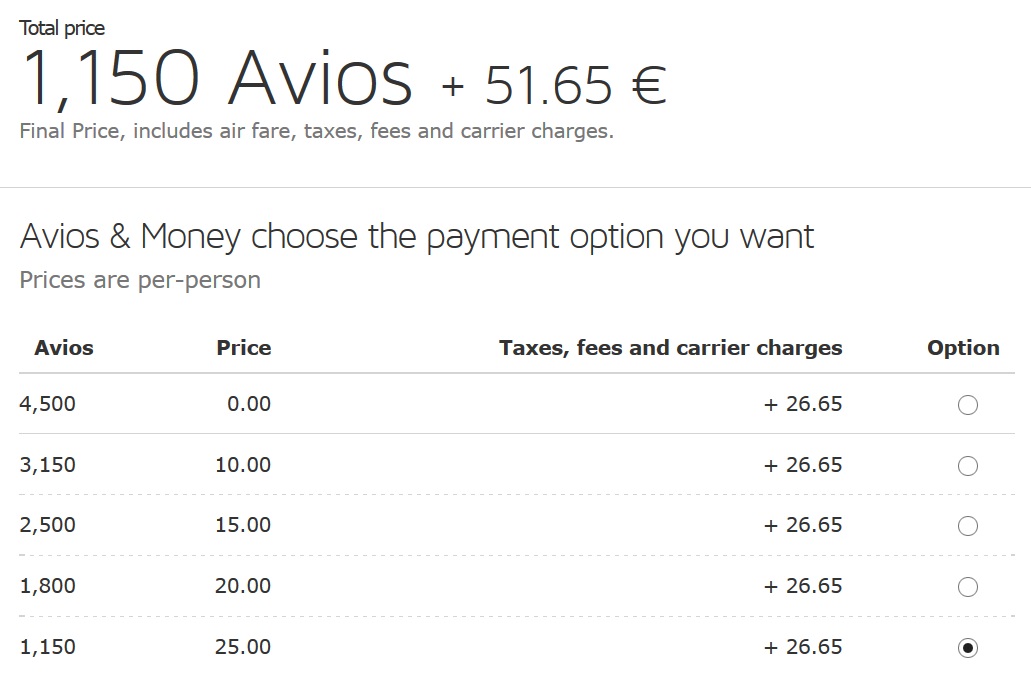 If you’re paying close attention you’ll notice that, not only did I not pay the outrageous paid fare (or resort to a low cost carrier such as Vueling), I paid an extra 25 euros to save 3,350 Avios. I’ll do that every single time! Travel Hacking 101…

My long-haul flight would depart the next day at noon, and I didn’t really fancy an early start from Barcelona to ensure I made my connection. So I positioned myself the night before to Madrid. I know my brain is wired a bit differently, as I treat these sorts of decisions as a good way to use some points and/or pick up a stay credit for status purposes.

Luckily I booked the Hilton hotel before the changes to Hilton Honors. I had to check every day or two to find availability using Points & Money, but eventually it appeared and so I paid this amount: 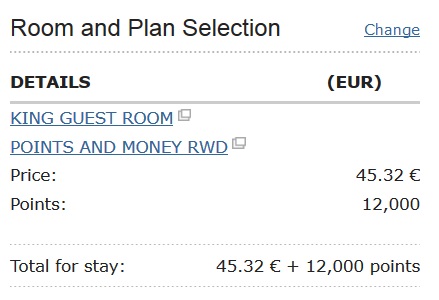 As a last hurrah for my soon-to-be-gone Diamond status with Hilton Honors, I was upgraded to a suite, which was nice enough but mostly irrelevant for a one-night stay at an airport hotel. 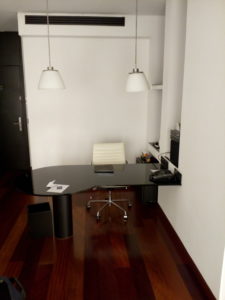 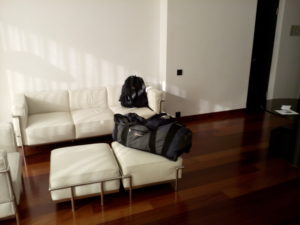 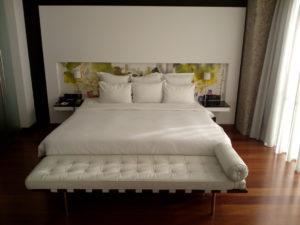 Unfortunately for an airport hotel with no alternative options nearby, the Executive Lounge at this hotel had a poor evening food selection – some spring rolls and sandwiches…

Naturally, I received 2,000 points from this Hilton Honors promotion, as well as 500 points for booking my award stay with the App.

I recently wrote about an Iberia Plus sale on rewards to selected destinations. One of the destinations on offer was Bogota, Colombia, so I decided to take advantage.

Due to the 25% discount, I paid the princely sum of (apologies for the Spanish although the details should be clear):

Since I bought a large number of Avios late last year for one euro cent each during this promotion, I essentially paid 420 euros for a one-way ticket in Business Class for the 11-hour flight from Madrid to Bogota. Lovely jubbly… 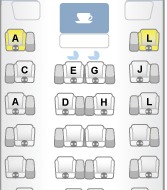 The flight itself was fine. The Business Class cabin was mostly empty and I managed to watch a couple of movies and get some work done from my window seat. The food and drink was decent, if unspectacular. In my opinion Iberia really let themselves down with their bubbly though. I don’t really expect a Dom Perignon from a Spanish airline, but surely they can do better than a bottle of cava I can buy at the shops for ten euros.

Anyhow, for some reason I never remember (or perhaps am just too embarrassed) to take a photo of the Business Class cabin, so I’ll just nick Joe’s stock photo of the current Iberia Business Class seat and layout. I’m not surprised that they show the aisle seat, since I found the window to be slightly claustrophobic and coffin-like. 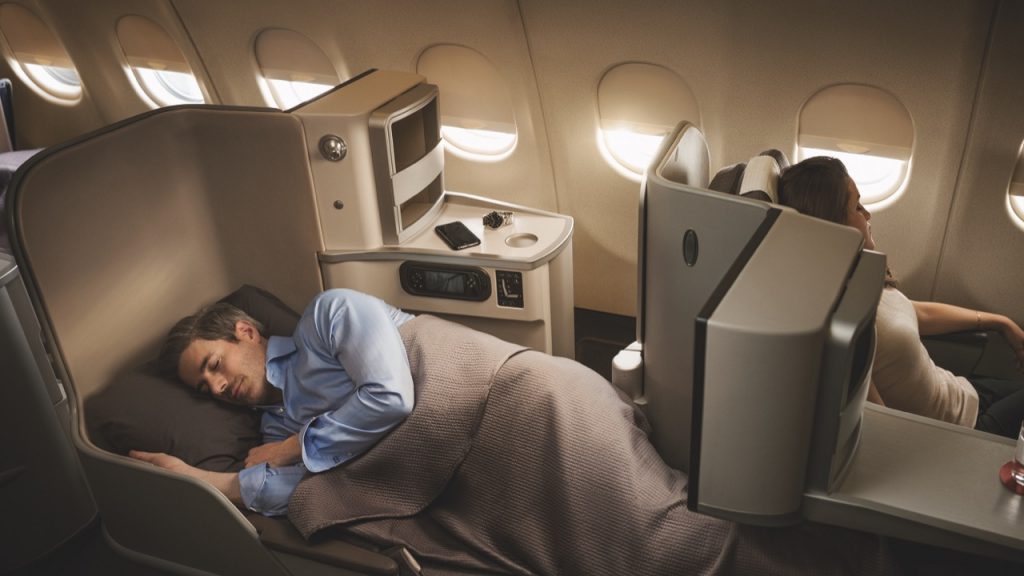 So, I managed to get myself to Colombia in Business Class for a reasonable price. In Part 2 I’ll explain my travel hacking for accommodation and flights within Colombia.